Another little bit of normality peeks through 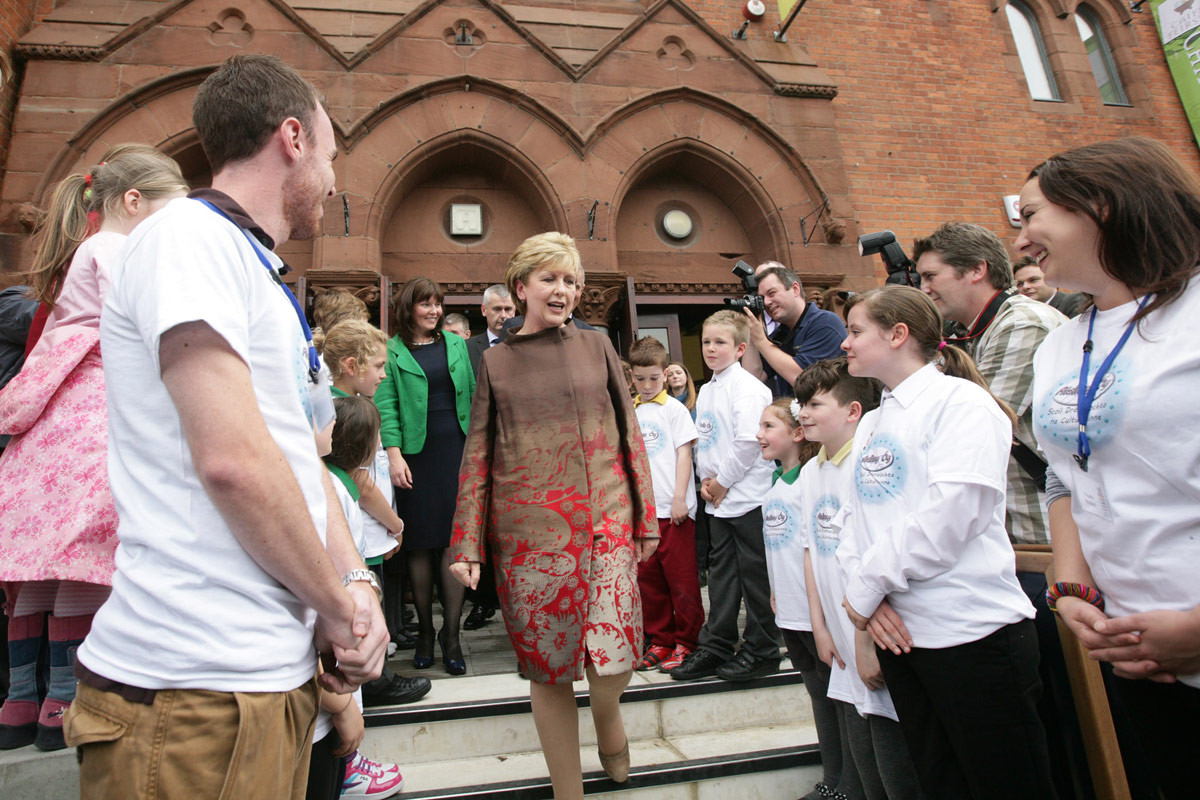 There is a gripping scene in Brick City, a HBO documentary about the inspirational young mayor of crisis-hit New Jersey city Newark, Cory Booker, in which a school principal berates pupils who condone a murderous gun attack on their classmates. “This is not normal,” he part-blasts, part-beseeches the sullen pupils.

I always feel the same rage and indignation when I ponder the fact that in West Belfast not one  painting by two local artistic giants – Gerard Dillon and Dan O’Neill – can be viewed.

For in any other European city, the birthplace of two monumentally significant artists would be celebrated with statues, street names, scholarships and art galleries in which to admire their works.

The absence of same: This is not normal.

Just as it’s not normal that there is no major art gallery in West Belfast.

Gerard Dillon was a house painter turned one of Ireland’s most acclaimed artists. But he never forgot his Clonard roots and refused to allow his works to be exhibited North of the border immediately after the pogroms of ’69 in protest at the “unionist mob”. Dan O’Neill, an electrician by trade, created some of the most sublime paintings to grace the golden era of 20th century Ulster art. Dillon died in 1971; O’Neill, disconsolate, three years later. In the heat of the warfare which convulsed Belfast, they never received the full honour due to painting prophets in their own land.

This is not normal.

But though I use the present tense, this week this wrong has been righted by the opening of the Gerard Dillon Gallery in the magnificently refurbished Cultúrlann where up to 50 original Dillon works can be viewed.

Let’s hope the normality evidenced in this triumphant Cultúrlann makeover can now extend to embracing the great Dan O’Neill.

I’m in New York this week for the Irish Labour 50 celebration which will honour 50 of the top trade unionists in the USA. We’ll have honourees travel into the Big Apple from Chicago, Boston, Philadelphia and many other parts besides. Our recipients combine a deep respect for their Irish roots with a commitment to organised labour. The unions, after all, are the guys and gals who gave us the weekend.

But the Irish Echo has included one posthumous honouree: Mike Quill, who organised the New York subway workers, leading them to a famous seventies victory. Quill had an interesting past: he was a former IRA man who fought in the Tan War and the Civil War (on the republican side) before taking the boat to the States. Listening to some of the self-righteous media coverage of Martin McGuinness’ game-changing bid for the Presidency, you would think Irish society had never encountered an IRA man who went on to be a role model.

The truth is that there are Mike Quills and Martin McGuinnesses in every nook and cranny of Ireland and the US – ordinary patriots who took a stand for justice with the IRA and who then moved on, using those same ideals to build a better society.

The good news: This feeding frenzy among the great and the good will wash over the voting public this week and be replaced during the remainder of the Presidential campaign by a discussion on who best can carry the flag for the Irish people as they move forward in turbulent times.

One thing’s for sure, Mary McAleese will be a hard act to follow. This week, she was in the Shaws Road Bunscoil Phobal Feirste, where she accompanied the Lord Mayor — just recently  a pupil at the Bunscoil himself! — to celebrate the school’s 40th anniversary. Now that is normal: An Irish-speaking republican First Citizen of Belfast rolling out the red carpet for an Irish-speaking President of Ireland from Belfast. Later, An tUachtarán went on to An Chultúrlann where she opened Dillon’s first-ever exhibition on his home turf in the gallery named in his honour.

Her husband Martin has also been a hero of the peace process, pushing the boundaries of nationalist and state contact with the loyalist paramilitaries to secure the peace.

Both deserve our gratitude for their leadership over the past 14 years – a period when they played a key role in moving the country beyond the divisions of the past into a new, peaceful Ireland.

Woe betide those who, for petty political advantage or to satisfy petty grudges, would have us return to those days of censorship and second-class citizenship. The unionists of the North failed to make second-class citizens of Northern nationalists and a jumped-up bunch of commentators and political has-beens who bankrupted Ireland with their greed and arrogance will have even less success.

View that Brick City clip at Youtube.com, search for ‘This is not normal’. And you can follow Máirtín Ó Muilleoir on www.twit ter.com/newbelfast