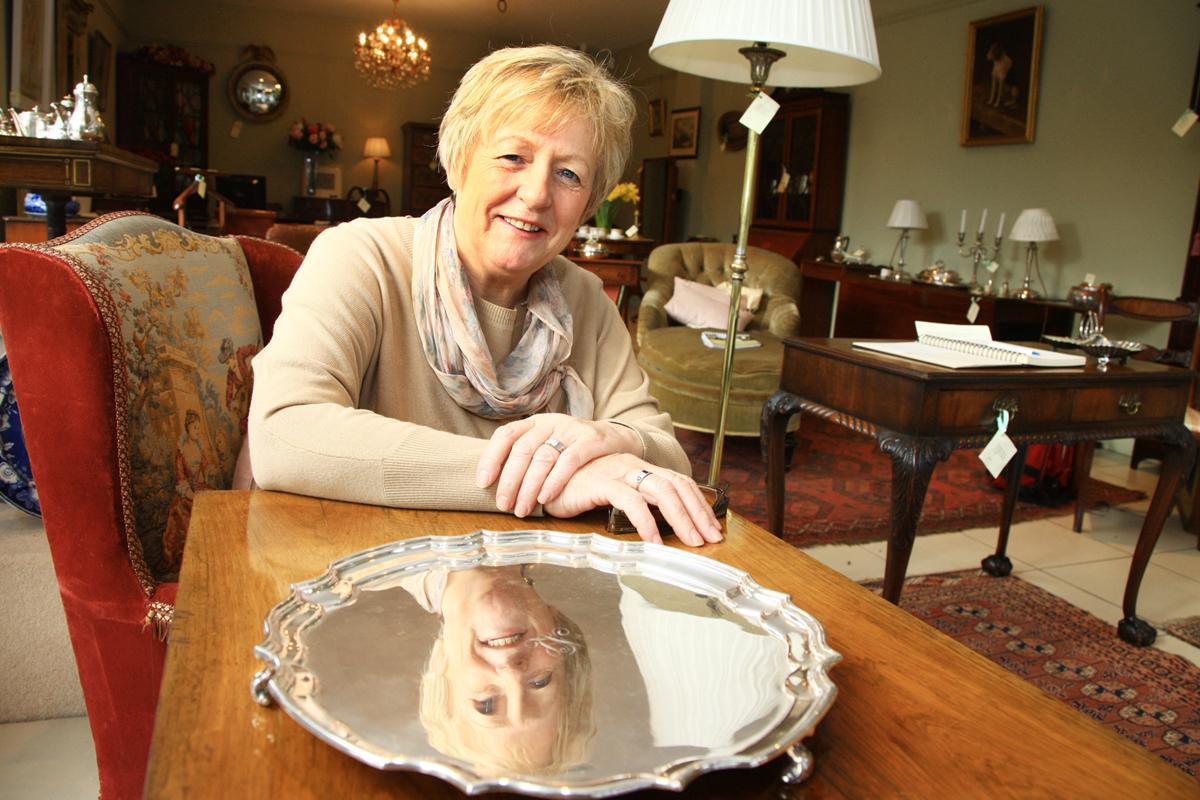 Sharon Fetherston is a local antiques expert, who works in partnership with her daughter Barbara on sniffing out old treasures. Sharon offers advice to discerning collectors, who travel from across Ireland, on the valuation and sale of rare items whilst, she herself, trys to avoid snooty shop assistants.

I grew up in… our home in Eglantine Avenue itself

I now live… on the outskirts of South Belfast, near Drumbo

I was educated at… Ashleigh House School in Windsor Avenue

I actually became… a horse riding instructor and an antique dealer

The person who inspired me most is… my Mum

I am very bad at… spelling and organising

I am very good at… picking property and valuable antiques

I am most proud of… my children

My best friend would say I… was good fun and honest

I like to relax by… dancing, and dining with friends

The last book I read was... ‘Snobs’, by Julian Fellowes

My favourite movie is… Sister Act

The last text message I received was from… my husband

If I was a politician I would…

reduce the rates for businesses on the Lisburn Road

If I won the lottery I would … have to give half away before I could even think of myself, but I must say holidays would be good for spending the money on

If I could describe myself in five words they would be… sensitive, honest, creative, daft, and fun loving.

If I could invite five people, living or dead, to a dinner party they would be… I can’t think of anyone I’d rather have than members of my extended family

My favourite thing about South Belfast is…the diversity of individually owned businesses, which is rarely seen these days