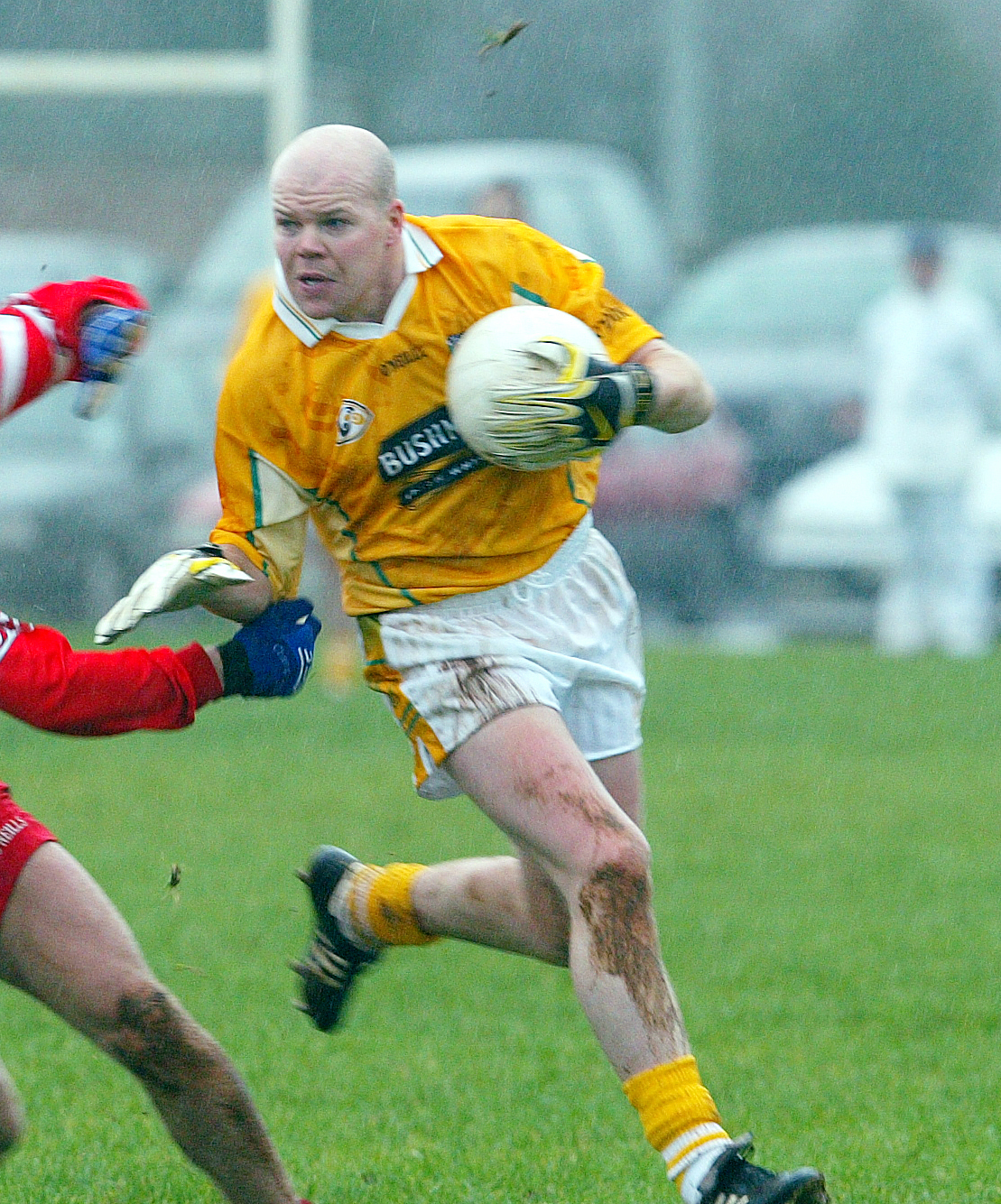 Anto Finnegan in action for Antrim

ANTO Finnegan has always been an inspirational figure.

That’s whether on the football field, where in 2000 he captained Antrim to a first Ulster Championship win in 18 years, or off it, where he is leading the way to raise awareness of Motor Neurone Disease (MND).

The St Paul’s and Lámh Dhearg clubman was diagnosed with Motor Neurone Disease (MND) in 2012, but instead of shying away, Anto has fearlessly taken on the condition through his deterMND foundation that has been set up to raise funds and awareness of a condition that, at present, has no cure.

“We have known about it (MND) for over 100 years but we still don’t know the causes or have a cure. That’s nearly unheard of for any condition,” he said.

“It needs a lot of funding and the best way to do that is raise the awareness by holding an event for MND and by my trying to raise as much as I can for it.

“The Motor Neurone Disease Association here in the north do fantastic work and I can put my hand on my heart when I say that every penny raised is being well spent, whether that be through care or research, so we just want to do our bit to push that on further.”

Anto and his deterMND trust have organised a number of events to help highlight this condition, the most high-profile being an Ulster Allstars v Dublin Gaelic football game last November at Kingspan Stadium – the home of Ulster Rugby.

Given the courage, vision and determination of the 42 year-old, naming Anto Finnegan as this year’s Aisling Person of the Year was a simple choice – a truly inspirational figure for all the citizens of Belfast.