‘Antrim are where they deserve to be’ 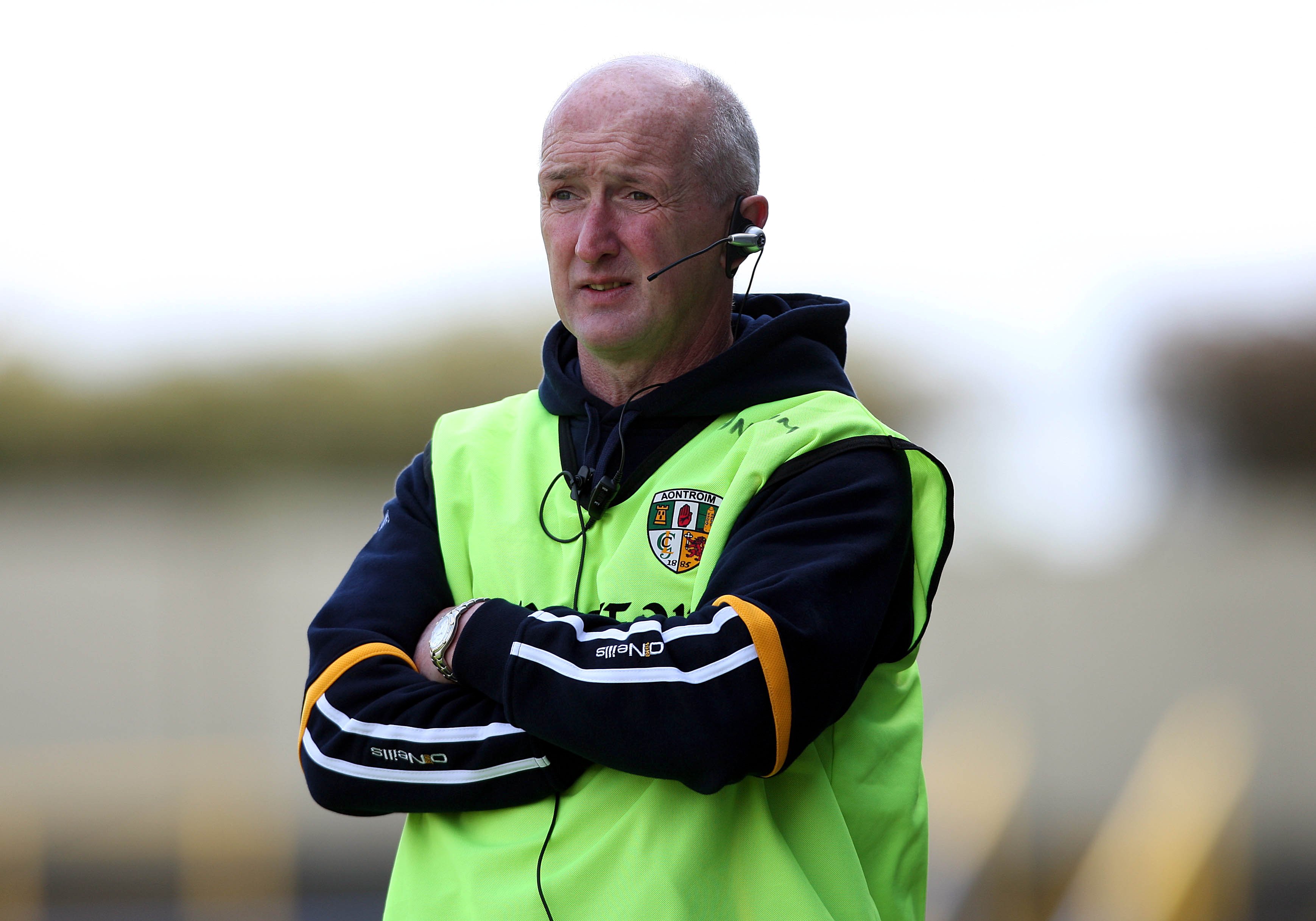 Dominic ‘Woody’ McKinley says the he felt ‘duty-bound’ to step in as part of the new Antrim management team for the forthcoming Christy Ring Cup and Ulster Championship campaigns.

THE Antrim senior hurling panel will be hit with a severe reality check by the new management team ahead of their Christy Ring Cup opener against Kildare next Sunday.
Following the sudden and surprise departure of PJ O’Mullan at the start of the month, former hurlers Dominic McKinley, Terence McNaughton, Gary O’Kane and Neal Peden have been installed to oversee the remainder of the season.

Antrim hurling is at its lowest ebb for several years following last year’s relegation to Division 2A and the Ring Cup.
That woe was then compounded by the failure to escape from 2A this year.

According to ‘Woody’, there will be some ‘straight talking’ done in the coming weeks as Antrim attempt to get their season back on track.
“We are where we are in Antrim and we are where we deserve to be,” said McKinley.

“The players need to realise that.
“They maybe feel that they should be a lot better and playing bigger teams. Our results don’t back that up.
“We need to sort that out. If we want to build a reputation for ourselves, we need to beat those teams and start respecting them.
“They are equally as good as Antrim until we prove otherwise.”

He added: “It is not good at the minute but we met the players last Thursday night and we had a chat about it.
“The perception is that these boys are not trying or they don’t care.
“I can assure you that, inside, these boys are hurting. They maybe need to re-energise and tweak things.

“Maybe a lot of straight-talking needs to be done.
“Very little can change things. There are a lot of good, young players in Antrim who have the potential to be better that what they are showing at the minute.
“That’s probably the disappointment for them.
“Everybody is disappointed with the performance of the team and that needs to be looked at.”

“You felt that you could contribute to the current situation - you don’t play for a team for 17 or 18 years and, suddenly, disassociate yourselves from it. You always have a connection.
“We were always very proud to play for Antrim and it is sad to see it in the situation it is in.
“We are not blaming anybody for the situation. We just felt duty-bound to do something about it.”

McKinley’s connection to Antrim runs deeper than being a former player.
Along with ‘Sambo’ McNaughton, ‘Woody’ managed the team from 2007 to 2009 and he has worked with various development squads in recent years.

Additionally, his son, Conor, is an integral part of the current squad.
As a stakeholder in the fortunes of Antrim hurling, ‘Woody’ admits the decline of the team over the past few season has been tough to watch.

“Maybe that needs tweaked. Maybe they need to spend more time at home with their clubs and relax a bit and get some enjoyment from it. There is something badly wrong.
“You are talking about guys leaving the house at seven in the morning and not getting home until half 10 at night.
“Maybe they are doing too much, I don’t know – it doesn’t look like they are doing too much. . . this goes back to the perception of the team.
“I can assure you that they train very hard.”

With such little time to work with the squad, improving morale will be a challenge for the new management.
However, McKinley is looking the players to put their best foot forward in the Christy Ring Cup.
“It has become a bit of a chore. You get into a cycle. You can hurl and not get better,” said McKinley.

“You could hit the ball against a wall 10 times instead of 20 and get more out of the 10.
“That’s one of the things I will be looking at. Maybe less is more.
“There are not a lot of people out there who have good things to say about Antrim.

“If you approach any person on the street, the first thing they want to talk about is all the crap.
“There are also a lot of genuine people out there – well-wishers who care about the situation and want something done about it.
“They just want to see a genuine group of players out there who are trying to do their best.”

The full squad will have their first training sessions with the new interim management this week with the Cushendall contingent set to return to the fold following their All-Ireland Club Hurling Championship campaign.

It is expected that Ryan McCambridge, Conor Carson, Sean McAfee, Eoghan Campbell and Paddy Burke will link up with the squad ahead of the clash with Kildare.

Additionally, former captain Neil McManus has made himself available for Antrim next few games before going travelling on May 10.
“He (McManus) is available for the next couple of games if needed,” confirmed McKinley.
“He has told me his plans and he said he would be willing to help out. If I need him, I will use him.
“It is a short-term thing and I have already ear-marked some other players to come in.

“The panel will change, there is no doubt about that. The Cushendall players will come in this week. They would have been in last week, but they had a club meeting.
“They will be back this week, plus two or three other players.
“You need strong individuals in a panel and that is something which has been lacking.”