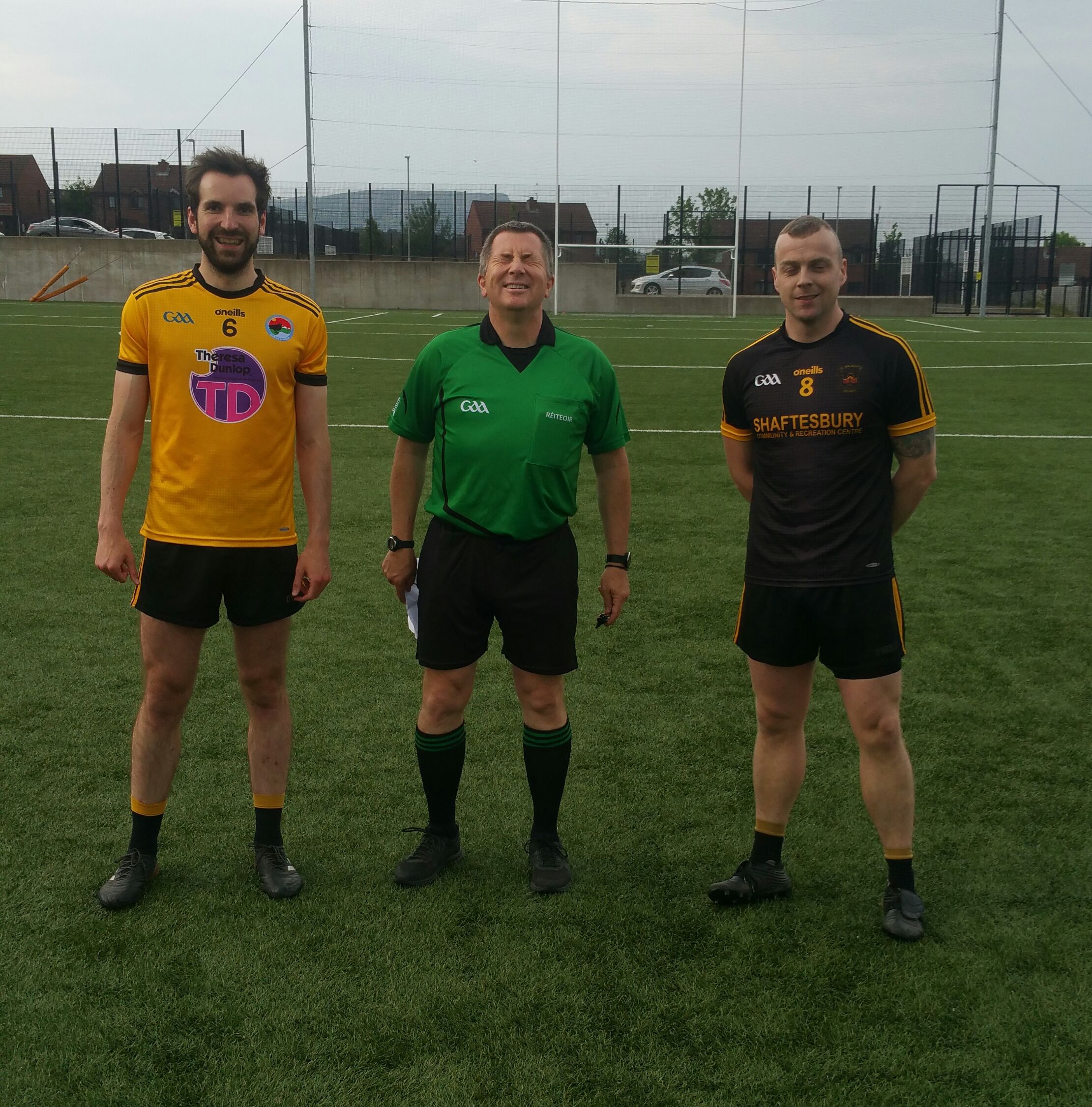 A LATE surge saw Laochra Loch Lao claim their first points of the new campaign as they overcame St Malachy's by two at Coláiste Feirste on Wednesday evening.

Both sides had yet to get off the mark going into this game, but it was the hosts who just found that little bit extra with the outcome in the balance to take what was a deserved win.

Laochra Loch Lao just looked that little sharper in attack and had a better spread of scores with the bulk coming from play, while in contrast, nine of the St Malachy's points came from corner forwards Jack McGivern and Anton McGreevy.

The West Belfast outfit made the brighter start and were on the front foot from the off, eventually hitting the front on three minutes when the ball was clipped into Éamonn O Coinn who turned and scored.

St Malachy's levelled mattered immediately in what was their first real attack as the ball was pumped long into McGreevy who found his range.

Laochra were soon back on the attack and they enjoyed a good spell, retaking the lead when Pádraig Ó Tiarnaigh curled over off his left following a good move before Aaron Ó Sráitheaín converted two placed balls, the first from a mark that was retaken right in front of the posts after St Malachy's players failed to retreat.

The Markets men gradually began to get a foothold and were asking questions of theme defence who were penalised on a couple of occasions with McGivern and McGreevy pointing to leave just one between the teams at the water break.

Ó Sráitheaín did extend the Laochra lead moments after the restart when his shot just dropped over, but St Malchy's finished the half on the front foot with Far Brennan doing well to get through a gap to find space and curl over before Niall Kennedy gathered after two Laochra defenders collided and fed McGivern to leave the sides locked on 0-5 at the half.

The second half took a while to get going with both sides passing up decent opportunities, but the hosts were that bit better and Ó Tiarnaigh extended edged them back ahead four minutes in before Ó Sráitheaín bounced off a challenge to curl over.

It took St Malachy's 15 minutes to add to their tally and that came from a McGreevy free, but Ó Tiarnaigh replied straight away when curling over after a decent build-up to leave the West Belfast club 0-8 to 0-6 at the water break.

St Malachy's improved in the final quarter and frees from McGreevy and McGivern had them level after Laochra goalkeeper Seán Ó hEacháin denied the former with his feet.

Laochra found a reply with substitute Seán Mac Corraidh thumping over a great point from range, but the South Belfast side looked on course for the win when McGreevy levelled from a free and then McGivern kicked them in front from out on the right with four minutes of normal time to play.

However, Laochra dug deep and went straight back on the attack, winning a free that Ó Sráitheaín before midfielder Éanna Ó Ceallaigh broke a challenge to put them back ahead with a magnificent point.

St Malachy's went in search of the leveller and got a free just outside the 45 in stoppage time, but would lose it and also full-back Ciaran Galway to an off-the-ball incident that proved to be their last real chance as Laochra played keep-ball and eventually worked it to team captain Connla Ó Coinn who kicked the insurance score to seal a first win of the campaign for Laochra Loch Lao.