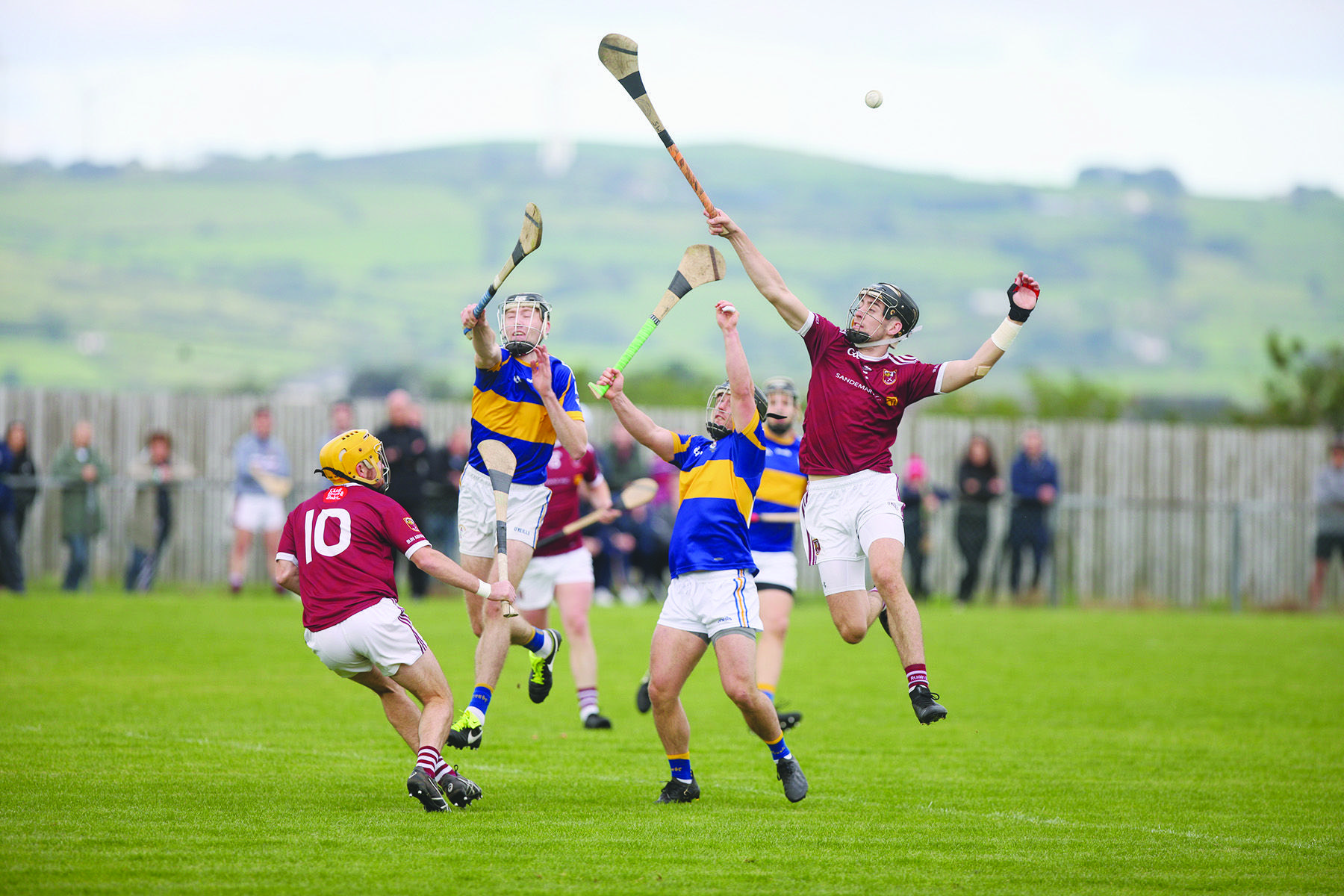 IT was a coming of age afternoon for Rossa when they defeated Cushendall in the 2020 Antrim Senior Hurling Championship quarter-final, but just over 12 months on, they will know they need an even better display in Dunsilly this Sunday (throw-in 12.30pm) to score a repeat victory and advance into this year’s final.

There is no disputing that the Shaw’s Road outfit has continued to improve and are real contenders for the Volunteer Cup in the eyes of some, but to take the next step they will need to once again clear the hurdle of a Cushendall team that will be smarting from that quarter-final loss in Glengormley.

The Ruairis did get the better of Rossa in this year’s Division One and Reserve finals, but Sunday is a different scenario with both teams expected to be as close to full strength as they have been all year.

A measure of Rossa’s progress game in their final group game as they went to Loughgiel and won to secure top spot in Group One, earning them a bye into Sunday’s semi-final that was a huge help to they numerous dual players who have been fighting on both fronts.

“The match against Loughgiel was so important that we won,” said Rossa manager Colly Murphy.

“That gave us the extra motivation to get through because we knew we had another football game (against Cargin last Sunday) so we didn’t want another hurling game on top of that. It was great to have that free weekend.

“It (Loughgiel win) did the boys the world of good, but we were fully confident going in there anyway.

There have been some new faces in the Rossa squad this year with some talented young players graduating into senior players to assist some top-quality operators in Gerard Walsh, Aodhán O’Brien, Stephen Beatty, Deaglan Murphy and Stephen Shannon to name a few.

Also, the arrival of Cork native Adrian Kenneally has bolstered the defence and the Rossa manager admits he will have some tough choices to make in terms of his starting line-up this week.

While the injection of fresh faces has given them added options, much of Rossa’s continued development is down to the high energy game they have the ability to play and this will be crucial come Sunday if they are to ensure a game in which many view as a genuine 50-50 is played on their terms.

“Our work-rate - we’re a different animal to what we were this time last year,” Murphy reflects.

“Our fitness has gone up another level and that is down to Niall McHugh from Crossfit. I think that’s why we’ve been so lucky with injuries due to his conditioning work. The players have bought into it and they’re super-fit, so their work-rate and intensity has been fantastic.”

Cushendall didn’t exactly set the world alight in their quarter-final win over Naomh Éanna, but manager Brian Delargy will not have been too upset as there are still gears to go through this weekend and while there aren’t too many changes in terms of personnel, rejigging the team positionally appears to have given them a greater balance.

Ryan McCambridge has returned to a more natural corner-back role, while Arron Graffin anchors the team at centre-back.

Niall McCormack looks a much more threatening option at corner-forward due to his direct running, while Neil McManus floats around the forward line either remain a huge threat on the edge of the square or from deeper to get on more ball.

Eoghan Campbell is arguably the form hurler in Antrim this year and the return of Christy McNaughton gives the attack an added outlet.

Motivation will not be in short supply for the Ruairis after last year’s defeat and Delargy agrees he won’t need to make too many rousing speeches to get his players up for battle.

“We were massively disappointed last year against Rossa and didn’t perform like we knew we could have,” he admitted after the quarter-final win over Naomh Éanna.

“You can make all the excuses you want with Covid and all that, but we just didn’t perform. Rossa have come on great strides and we had the target to get back into the semi-final. It’s no surprise it’s Rossa in the semi-final so I don’t think it will be any bother getting these lads up for it.”

However, the same can be said for a Rossa team that came oh-so-close to a semi-final win over Dunloy last year when the exertions of playing both codes caught up down the home straight as they fell to a one-point loss.

The quarter-final win last year will give them confidence, but will also serve as a warning as they emerged in a low-scoring affair (2-11 to 0-16) that they did enough to edge.

Both teams have undoubtedly improved on 2020, so the question will be just which one can impose their will on the other.

A high-scoring game suggests it may be Rossa preparing for a first county final since 2004, but to do they  must maintain a high tempo throughout and both benches will certainly have a role to play.

“We beat them last year but they are a different animal this year,” Murphy agreed.

“They have a new management set-up and are far better organised. They play to a particular system and are good at it, so it will be up to us to counteract that.

“They have quality players throughout the pitch, so we will have to be on our best form to keep with them and eventually get over the line.

“This is our third year in charge and you can see the progression we’ve made. We aren’t going in with any illusions as we know what it takes and we’re ready for it. We’ll give it our best shot and if we are good enough on the day, we’re good enough.”