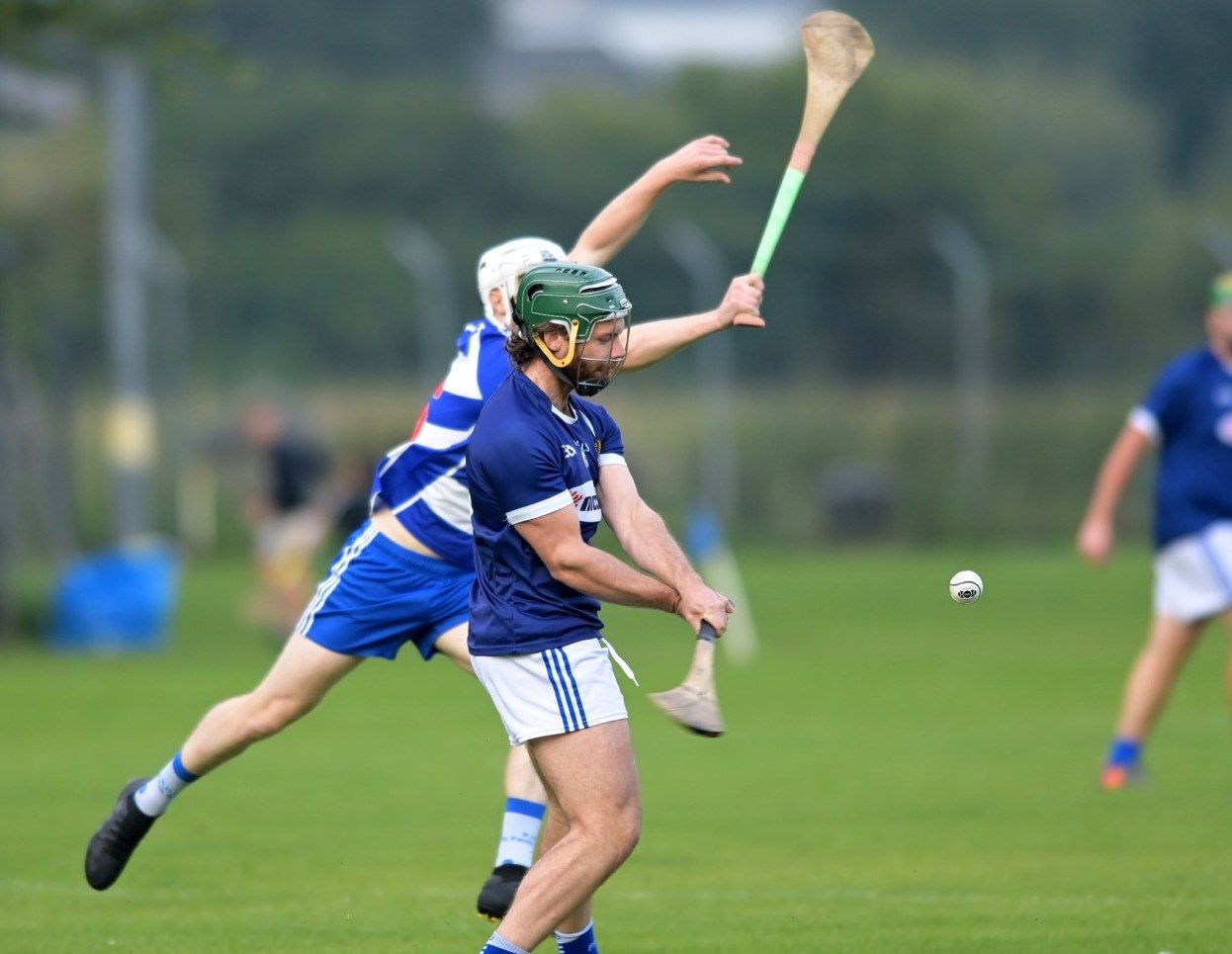 The hosts led from the opening seconds until the final whistle and were always in command against an Armoy team that continued to battle, but found themselves further and further adrift as this game progressed.

St Gall's had 13 different scorers on the night including all starting forwards and midfielders, with Tomás Ó Ciarain clipping over seven fine points including six from play before being forced off early in the second period, while Sean McAreavey played through the pain barrier and gave a virtuoso performance in the first half that saw him register 1-6.

One concern for manager Chris Dornan was Jackson McGreevy hobbling off int he first half ahead of a huge game at Clooney Gaels on Sunday, but on Wednesday St Gall's were able to absorb this blow despite McGreevy playing some excellent stuff for the 26 minutes he was on the field.

The hosts wasted no time in asserting themselves in this one with Ó Ciarain pointing from the right inside the opening minute and added a second after McAreavey had opened his account.

Armoy got off the mark through their top-scorer on the night, Conor Christie, but St Gall's would reply with the first goal of the game on six minutes when Antoin McCaffrey - superb on the edge of the square throughout - knocked a long delivery down and McAreavey was there whip to the net.

The visitors did rally with he next three points to get to within two and after the teams exchanged three more scores either side of the water break, St Gall's put their foot on the gas and after three points on the spin - the pick coming from Patrick Friel after an excellent exchange of passes that was typical of their sharp hurling - it was tie for goal number two.

Once again, McCaffrey was the provider as he showed incredible vision and skill to play a reverse hand-pass that put Fergus Donnelly in and the corner forward made no mistake, cracking to the net to make it 2-9 to 0-7 after 24 minutes.

This was an incredibly open game as the points continued to flow, but St Gall's were getting more of them with Ó Ciarain and McAreavey continuing to add to their respective tallies, while Armoy's PJ McBride and Thomas Burns were finding their range alongside Christie, yet it was the hosts leading 2-14 to 0-11 at the break.

Any suggestion the hosts would slow down in the second period was dispelled as within the opening five seconds, Lorcan Ó Ciarain had fired over with a brace from brother Tomás and Marcus Donnelly pushing the gap out to 13 within three minutes.

Armoy kept plugging away and Tarlach McBride got them off and running in the second period with Christie and McBride continuing to find their range after Joe McDaniel had launched over from deep at the other end, but the hosts were able to keep the Glensmen at arm's length as they kept the board ticking over as substitute Mark Napier assumed free-taking duties and found his range to leave it 2-23 to 0-17 entering the final quarter.

Credit to the North Antrim side as they defiantly refused to accept their lot and straight from the water-break, a long ball inside saw Thomas Burns rise superbly to catch and bury to the net.

It may have taken St Gall's to find the response, but they did superbly as Fergus Donnelly forced a turnover from Armoy goalkeeper Conor Devlin out in the right corner and he zipped a great pass to McCaffrey who was outside the 20, but let fly with a bullet of a shoot that found the corner of the net for a goal his display deserved having created so much for others.

As darkness began to descend, the game filled out a little, but there was still time for St Gall's subs Oran McIlhatton and Connla McCarthy to get their name on the board to wrap-up a hugely impressive win for the Milltown Row club that keeps them in the hunt for a place in the semi-finals.