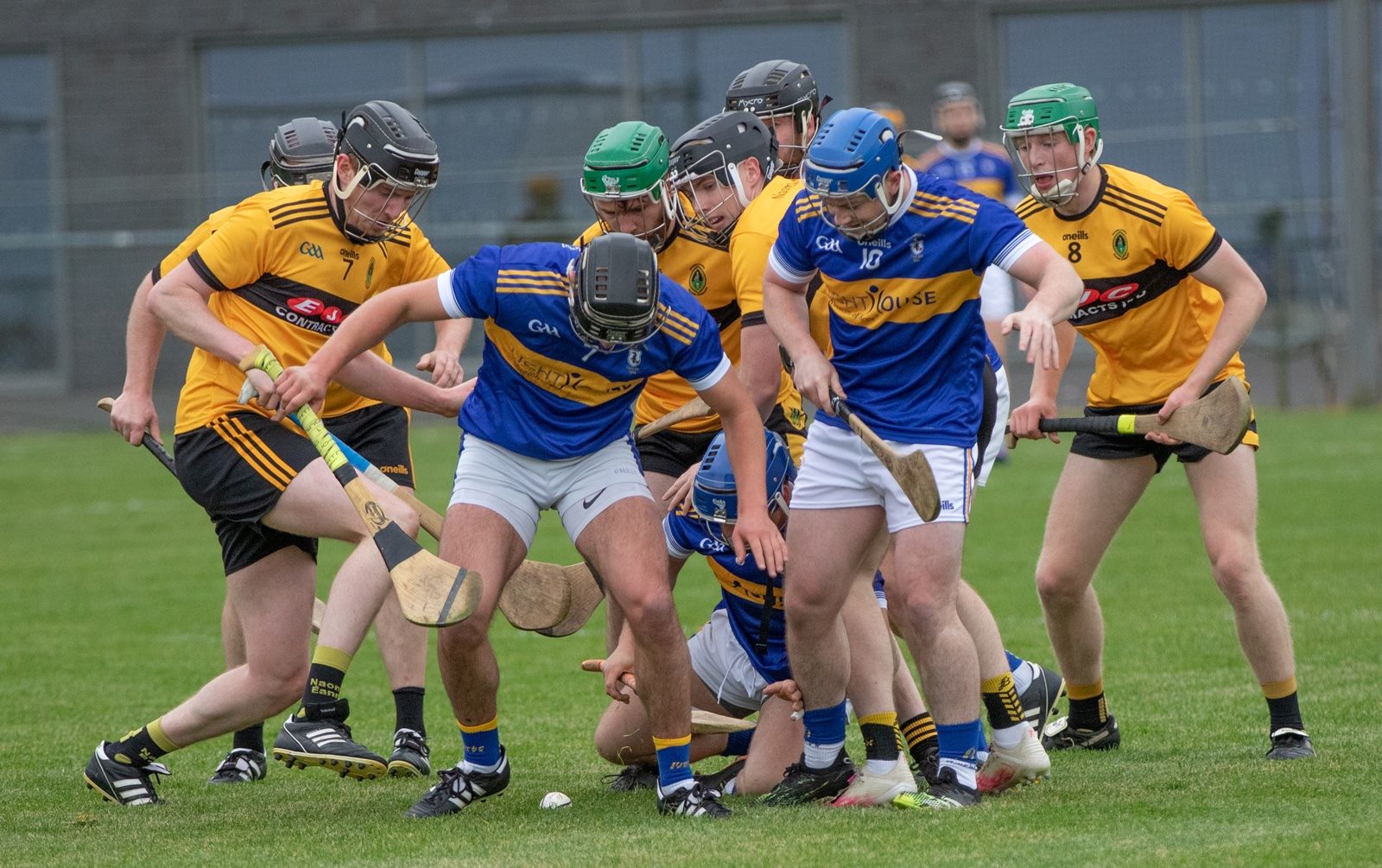 Connolly struck at key times for the visitors in a game that was hard-fought, but Rossa pulled clear in the closing stages with a late Cormac Jennings goal from the hosts bringing them to within five at the final whistle.

The hosts may feel this was a game they could have won, but perhaps didn't take full advantage in the first half with a strong wind that wasn't far off a gale at their backs as they led by two at the break.

Rossa's centre back Adrian Kenneally anchored the visitors' defence well throughout, yet it was those two goals from Connolly and 11 points from the stick of Aodhán O'Brien that saw the points return across the city as they made it back-to-back league wins.

It was clear from the off that the wind was going to disrupt this game with the ball hanging in the breeze when Rossa attacked, yet O'Brien got them on the board from a free with Naomh Éanna hitting back straight away as Jennings was well picked out on the left to fire over.

Michael Armstrong defied the elements to drill over from out on the right sideline, but the Glengormley side began to find their range with Rian Bogue's effort from well inside his own 45 when receiving the shory poc-out a guide to just how strong the wind was.

Cormac Ross gave them their first lead of the evening from a long free with Jennings adding another on the left.

O'Brien was keeping Rossa ticking from play and frees, while Jennings and Rossa were doing similar for the hosts as they led by one before Owen Kennedy pointed on the run.

Stephen Shannon played his part in the scoring stakes for Rossa, while Ruairi Donaghy added two for the hosts - the second a brilliant piece of skill as a long indirect free from Bogue broke up in the air and he doubled to send it between the posts.

That put two between them and it remained two at the break as Matthew O'Hare scored on the run for the hosts to cancel out O'Brien's seventh of the half for Rossa with Naomh Éanna leading 0-11 to 0-9.

With the elements in their favour for the second period, Rossa would have been hopeful of pushing on, but Naomh Éanna were not giving anything up easy and after Connolly scored an early point to put the minimum in the contest, six minutes ticked by before they could get on terms with Eoin Trainor scoring from midway.

The opening goal would come moments later as Connolly availed of the advantage and took off with only one thing on his mind, blasting past Martin Curran in the home goal.

Still, over the next 10 minutes, the sides would score two points apiece with Rossa tankful to goalkeeper Phil Crean for making a point-blank save from Brendan Cormican that he had no right to given the pace and power behind it.

A pointed free from the impressive Cormac Ross left just two between them when Connolly struck again on 52 minutes as a long delivery by Crean from a free broke and he controlled and struck first-time to the net with O'Brien adding a point immediately to leave those two goals between the teams after a good turnover forced by Conal McParland.

The hosts narrowed the gap to four, but two points apiece from Connolly and O'Brien made the game safe.

Naomh Éanna did grab a consolation in stoppage time with Cormac Jennings whipping home, but Rossa had done enough to seal the points on a night for digging out a result.