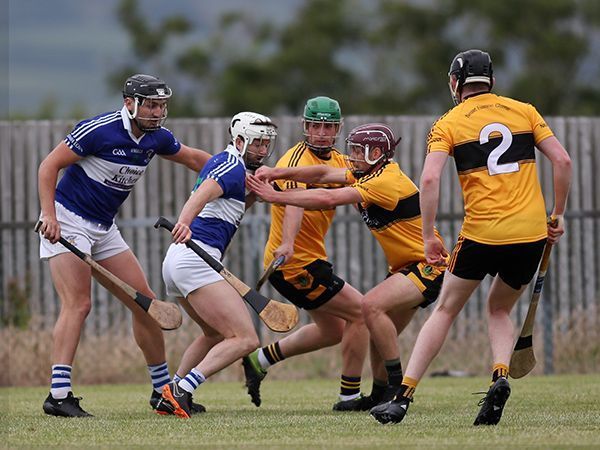 IT is a return to the small ball in the Antrim club season as Sunday will see a round of hurling fixtures through the divisions.

Hightown will play host to as cross-city affair as Naomh Éanna play host to St John's in a game that went the way of the Glengormley outfit last year.

Both will be fairly happy with their start with the Hightown club going close against Ballycastle and Cushendall, while scoring an impressive victory against Ballygalget in their second game.

The Johnnies sit on four points from four games having lost to Ballycastle and Portaferry, but picked up their points in a home draw against Rossa and impressive win on the road at Loughgiel.

Rossa suffered their first defeat of the season last time out away to Portaferry, and it's a return to the Ards on Sunday when they face Ballygalget.

The live TV cameras will be in Dunloy for the evening game when the county champions host Cushendall, whilst Loughgiel host Portaferry.

In Division 2A, Sarsfield's make the trip to Randalstown to take on Tír na nÓg with both clubs hoping to bank the points that will take them level with leaders, Clooney Gaels who have the bye this week.

Gort na Móna face the long trip to Cushendun, with Armoy hosting Dungannon.
In 2B, St Gall's host leaders, Carey, with St Paul's also enjoying home advantage as they take on Glenariffe, whilst Creggan and bottom of the pile, Cloughmills battle it out in the remaining game.

The Division Three action gets underway on Saturday with a battle of the top-two as Glenarm hosting Cuchullainn of Armagh, with the remaining fixtures on Sunday seeing Davitt's visit Rasharkin, Carryduff travelling to Derry to face Na Magha and St Teresa's hoping to pick up their first points when they head north to Glenravel.

Lámh Dhearg lead the way in Division Four and they will be aiming too make it five wins from five when they host St Agnes', with St Brigid's enjoying home comforts against Loch Mór Dál gCais.

Ardoyne are in Larne for their fixture and Ballymena host Dungannon's reserves.