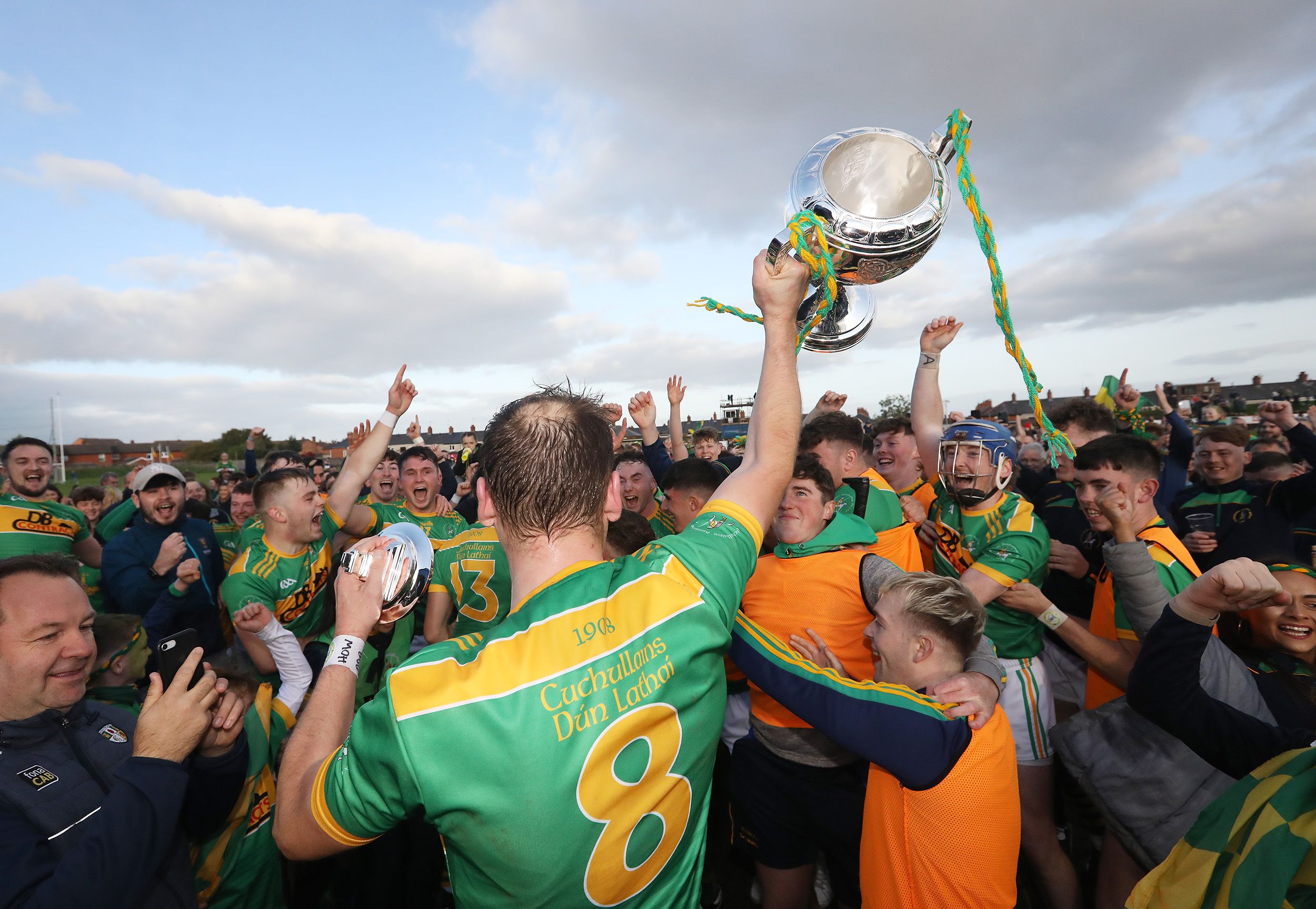 As has been the recent trend, Gregory O'Kane's men left their best performance of the year for the biggest day as they hit three first half goals at perfect times to lead by 10 at the break and almost home and hosed as they were able to manage the game in the second period.

Rossa were full of endeavours but just couldn't raise their game to the level they needed throughout the field as the red hot Dunloy full-forward line of Seaan Elliott, Conal Cunning and Chrissy McMahon all found the net.

The defending champions had excellent performances throughout, but it was once again their leader Paul Shiels who put on a clinic, dictating the play and his clever use of possession put the Dunloy attackers in some perfect positions to thrive.

Rossa needed a good start and were first to register as Deaglan Murphy converted a free in the opening minute that appeared to be an ideal way to settle, but Dunloy were soon into their stride with Paul Shiels pulling the strings and after Kevin Molloy pointed the equaliser, Shiels played an excellent ball into the forwards where Conal Cunning gathered, squared to Seaan Elliott who lashed to the net.

The first half was blighted by wides with Dunloy hitting nine to Rossa's seven, yet it was the city side who were sending a series of shots off target when they needed to keep the board ticking over early, but did began to dominate the breaks for a while, leading to some fine points from Stephen Beatty and Chris McGuinness to leave themselves just 1-3 two 0-4 adrift at the water break.

Stephen Shannon burst on to score and leave just one in it after the resumption, but Dunloy would hit their second goal as Kevin McKeague played a perfect ball forward to find Chrissy McMahon in stride and he found Cunning on the left to blast to the net on 23 minutes.

A third major would come just minutes later as Cunning got ahead of Donal Armstrong to a loose ball and prodded to McMahon to whip home and help the Cuchullains into a 3-7 to 0-6 half-time advantage.

Rossa needed something big to get themselves back into the game, but Dunloy piled on the points with Kevin Molloy continuing to build his personal tally of five, while Cunning, Elliott and Keelan Molloy all fired over.

A goal was what Rossa needed and they did get a few glimpses of Ryan Elliott's net, but Thomas Morgan opted to point when there many have been just a half-chance there for more, while Chris McGuinness saw a rasping drive just clear the bar.

Rossa captain Stephen Beatty continued to carry the fight to the champions and he landed a brace, but it was Dunloy leading 3-16 to 0-11 heading into the final quarter.

Rossa finally did get their goal with eight minutes to play and it was Beatty who fittingly got it after taking a pass from Tiernan Murphy, but the gap was insurmountable and Cunning continued to convert from placed balls and it was Kevin Molloy who had the final say as Dunloy completed the three-in-a-row, winning their fourth title in five years.