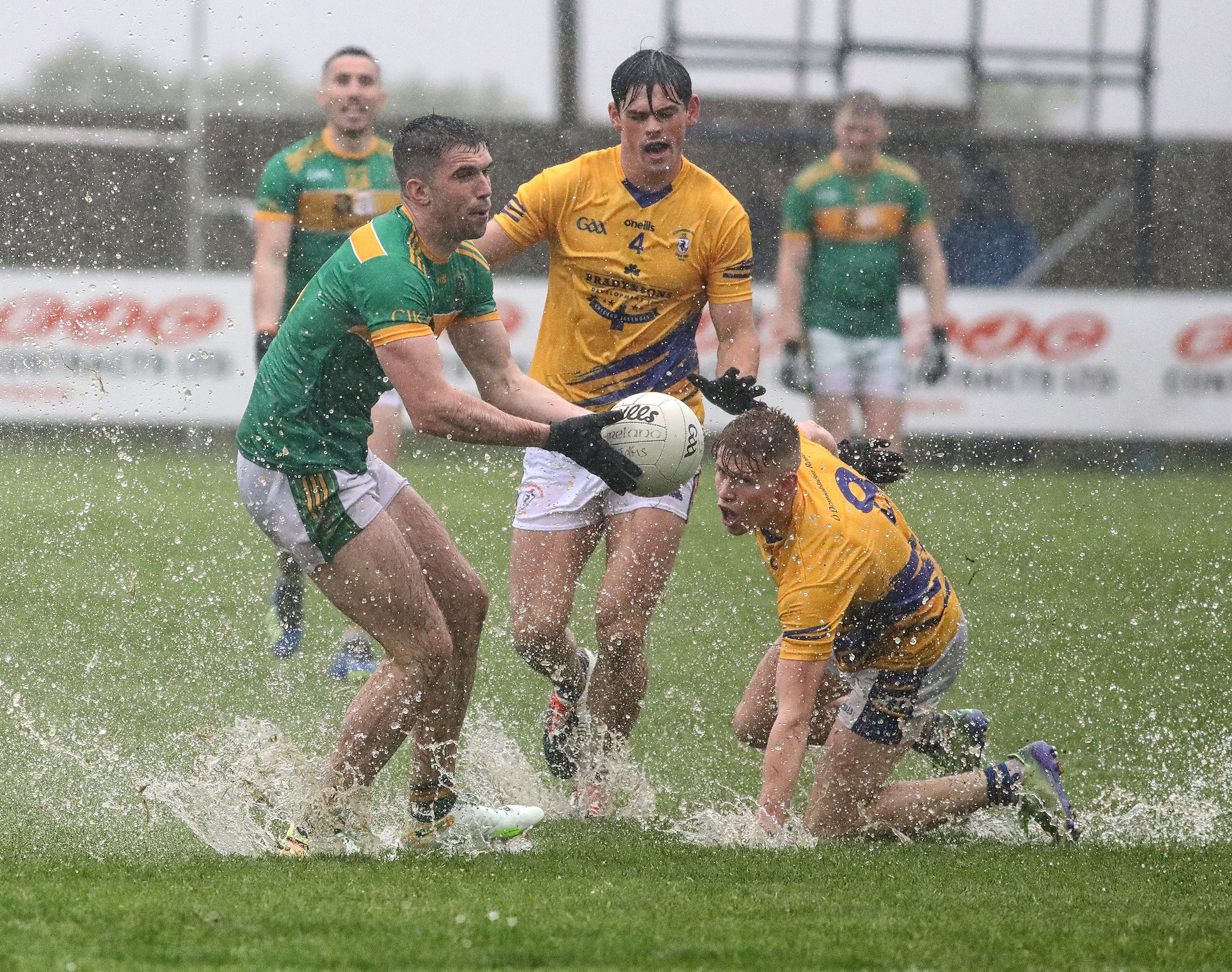 Kevin Small manages to get his hands on the ball with Cormac McGettigan taking. stumble and Gerard Walsh closing in Jim Corr

IT'S hard to know where to begin with the fourth of the Antrim Senior Football Championship quarter-finals on Sunday.

Defending champions Creggan were worthy winners over Rossa at Hightown, of that there is no doubt, but just how this game was completed is a mystery given the conditions went from farcical to downright dangerous, the incessant pouring rain turning the pitch into a swimming pool - reminiscent of the 1993 Ulster final.

Water splashed everywhere and fins would have been much more appropriate footwear than boots, the game was basically a slog and test of endurance.

It was impossible to play any kind of flowing football with one of the few plusses over the hour-plus being no serious injuries occurred as players tumbled and unintentionally slid into one another.

The first half was bad but the pitch just about held up and that was a credit to the work done on it pre-game, yet the rain doubled down, pouring in harder over the break to leave huge puddles.

This was not a game that can be broken into big performances or one side's tactics better as both sets of players were reduced to just trying to make fewer mistakes, but given what they were dealing with, the execution of even the most basic skills became akin to walking a tightrope.

In the end, it was Creggan who did that bit better and will be very happy as they made the best of what they were dealing with.

They had the lion's share of possession and were able to retain the ball that bit better and took full advantage of one of countless slips and fumbles to score the only goal late in the first half that was the big moment that put them in the driver's seat.

Rossa just couldn't get anything going in attack in the second half as they struggled to get the ball upfield, it inevitably spilling loose to skidding out of hands with the downpour in their faces.

The city side would have been relatively happy with how things were going in the first half as Stephen Beatty sold a beautiful dummy to land an eight-minute equaliser after Liam Quinn had scored a beauty of his own from a tight angle on the right for Kickham's.

Goalkeeper, Michael Byrne edged Rossa ahead from a 17th-minute free after they lost Michael Armstrong to a knee injury and then again five minutes later after Kevin Small managed to weave forward to level.

On 24 minutes came that big moment as the soap, sorry, the ball, slipped away from Rossa hands close to his goal and Ruairi McCann managed to gather and find enough room to poke to the net.

A Jamie McCann free in stoppage time left Creggan 1-3 to 0-3 up at the break as it was clear this game was now little more than a lottery.

Creggan got on the front foot in the second period and stayed there, Jamie McCann kicking a free five minutes in and then they worked the ball around with Tiarnan McAteer finding space out on the left to steady and curl over superbly.

Byrne hit back with a free for Rossa and then was called into action for more traditional goalkeeping duties as he turned a pile-driver from Jamie McCann around the post for a 45 that Oisin Kerr landed.

A Ruairi McCann free pushed the gap out to six and now it was Rossa seeking goals to get back into it when they did manage to get upfield and had a chance as Cormac McGettigan rose superbly to make a clean catch in traffic, turning and leaning back, his shot whistled just over.

Jamie McCann responded with a free and while Dominic McEnhill converted one of his own late, Creggan had done what they had to do as they now look forward to a mouthwatering semi-final against Cargin. 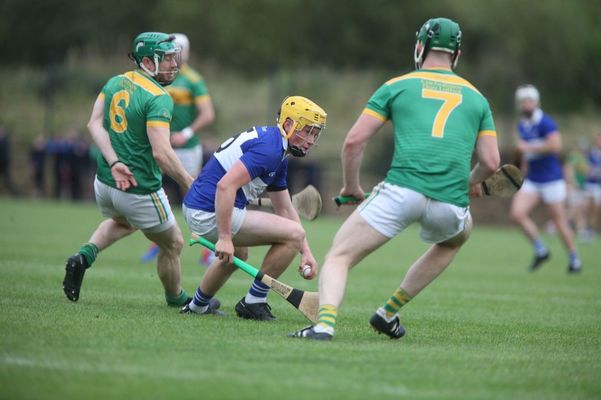