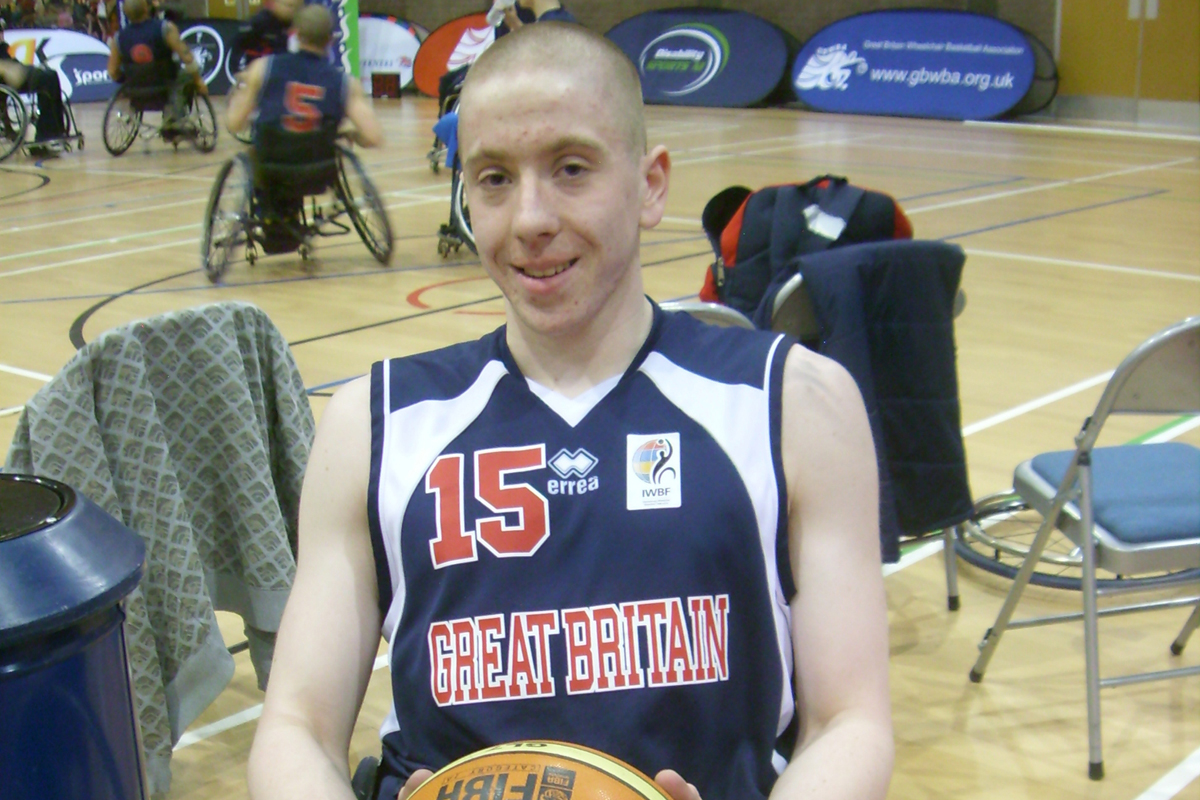 James MacSorley, a Year 13 pupil at Aquinas Grammar School, was recently called into the Great Britain B team for the International Wheelchair Basketball Challenge, which took place at the Antrim Forum from 7-9 February.

The other participating teams were GB A, Italy and Poland who have all qualified for the London 2012 Paralympics and this tournament was part of their preparation for the 2012 Games.

GB Head Coach Murray Treseder was suitably impressed by the quality of James’ skills and predicts a big future for the local teenager.

“Prior to the tournament I was unsure if James would have been able to handle it at this level but I’m no longer unsure,” admitted Treseder.

“We brought him in to let him gain experience and now I’m really glad we did. He will definitely feature again for GB.”

James had previously only played club basketball for the NI Knights Wheelchair Basketball Club with whom he has been a player for the past ten years.

His great potential was rewarded by a GB call up although he admitted it was somewhat of a surprise.

“It was a bit of a surprise to receive the call up after another player pulled out at the last minute. It was a wonderful opportunity to experience the preparations top level elite players go through in big games.”

After watching the first game from the bench it wasn’t long before James made his international debut and he looked assured against some of the very best players in the world, who have World Championship and Paralympic Games experience.

The mature display by the Aquinas pupil certainly made the GB coaching staff sit up and take notice.

“I had my team for the U22 European Championships pretty much picked but now I’m going to have to revise it to include James after the way he played,” added GB U22 Coach Haj Bhania.

It’s not only on the court where James has excelled, but also in the classroom.

He achieved straight A stars and A grades in his GCSE examinations last summer and is currently studying Physical Education, Sociology and English for his A-Levels.