Ardoyne bid to go one better 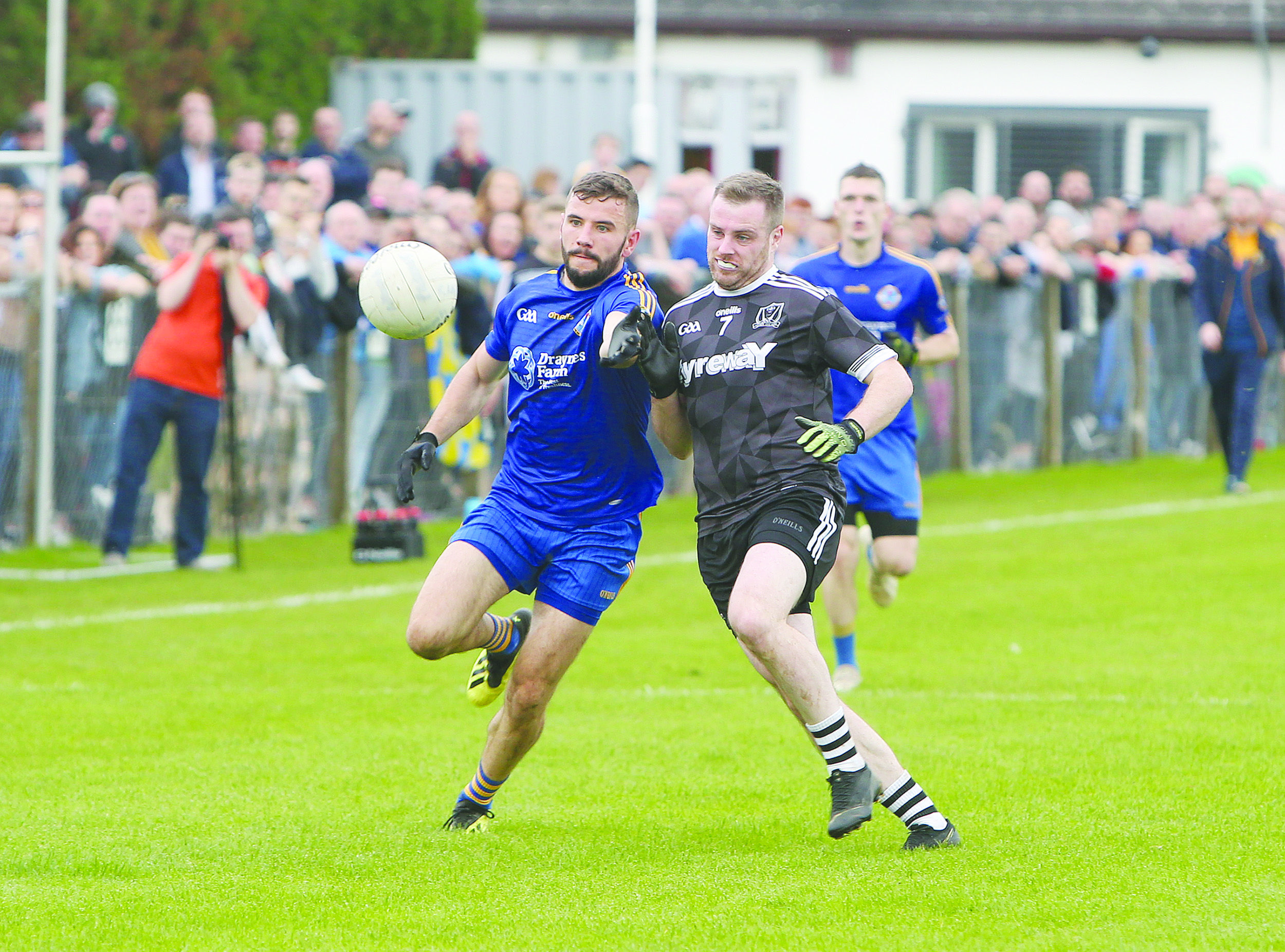 ARDOYNE Kickhams bid to go one better than last year when they take on St Comgall’s in Saturday’s Junior Football Championship final at St Enda’s.

Last year, Ardoyne fell to a two-point defeat to St Patrick’s, Lisburn – although the margin of defeat was questioned at the time.

An injury-time point from Colm Burns ensured St Pat’s won the Junior title, but a disputed point was added to Lisburn’s final tally midway through the second half following several minutes of back and fourth between the officials.

Yet, Ross Carr, who succeeded Paddy Murray as Ardoyne manager, insisted that last year’s final won’t be a source of motivation for his players and was frank in his assessment of the 2019 defeat.

“You have to draw a line under it. It isn’t an issue,” said Carr.

“The reason we lost last year is because we weren’t good enough to win it. You have to take the fluff and the blame game out of it – this is Championship football. You win if you are good enough.

“It will be the same on Saturday – if we win it will be because we were good enough to win.

“If we are beaten, it will be because we weren’t good enough to beat St Comgall’s.

“It is pretty black and white and that’s the way it has to be approached this week.

“We know that, if we play well, we have a really good chance. If we don’t perform to our capabilities and if we don’t work hard then we will be chinned and there’ll be no excuses.”

Ardoyne have already claimed a comprehensive 2-16 to 2-5 win over St Comgall’s this season.

The sides met in Group Two of the Antrim JFC back in August at Fennell Park, yet the facile win by the home side won’t lead to any complacency in the Ardoyne camp according to their manager.

“There will be no reason for anyone in Ardoyne to be complacent. Against St Comgall’s in the group stage, we got off to a really good start and they suffered a couple of injuries in the first half. That probably set them back and knocked their fluency

“It might sound hard on the lads, but why would they be complacent? They haven’t won anything,” stated Carr.

“There will be no reason for anyone in Ardoyne to be complacent. Against St Comgall’s in the group stage, we got off to a really good start and they suffered a couple of injuries in the first half. That probably set them back and knocked their fluency.

“They came at us very strong in the third quarter and the last water break really helped us regain focus and break their momentum.

“The way St Comgall’s played, I felt they were the best footballing side we’d played and it is no surprise to see them make the final. If we let them play football, they’ll be very hard to stop.”

Ardoyne and St Comgall’s progressed from Group Two, but not before an appeal from O’Donnell’s held up the semi-final meeting between the Antrim town side and Pearse’s.

The Ulster Council upheld an appeal from the West Belfast side in relation to St Comgall’s controversial win over Mitchel’s, but O’Donnell’s were not reinstated to the Championship.

The row meant that the second semi-final took place last weekend on the date the Junior final was originally meant to take place with St Comgall’s claiming a 1-12 to 0-8 win at Ballymena.

Ardoyne had claimed a 2-12 to 0-7 win over Ballymena earlier in the month and, with several of the Kickhams players in pre-season training with various soccer clubs across Belfast, the extension to the Antrim Championship hasn’t been ideal.

“It was been difficult enough,” stated Carr.

“In fairness to the boys, all year they made a commitment to keep both teams happy. I knew going into the job that a lot of the boys played soccer.

“You are just hoping that there are no injuries, but you can get injured at training as well.

“Hopefully, we’ll have a clean bill of health come Saturday. There isn’t much we can do about it – we’ve about 12 lads who play soccer. They’ve all been working hard and they’ve given me and the club a serious commitment all year and we are happy they are with us.”

Goals from Conor McLaughlin and Aiden McNeill ensured Ardoyne reached their second JFC final in succession, but Carr believes their semi-final win over McQuillan’s wasn’t as straight-forward as the 11-point winning margin suggests.

“The scoreline probably flattered us a bit. Ballycastle were very good in the first quarter,” Carr reflected.

“They possibly could have had a few more scores on the board. We got a goal at a really good time and it settled us.

“A lot of their players are dual players and they’ve been playing hurling and football in consecutive weeks. In the last quarter, we tagged on a few scores and I’d say it was down to their physical tiredness of going week-in, week-out for the last six or seven weeks.

“In the semi-final of a Championship, all you can ask is that you get out on the right side of it. At different periods in the game, I thought we played really well and I hope we can build on that for Saturday’s game.”

Kevin Lynch may be tasked with putting the shackles on St Comgall’s danger man Miles Devine, while the Antrim town men will need be fully aware that the McNeill siblings, Joe and Aiden, will prove a handful if given space on Saturday afternoon.

Ardoyne secured promotion to Division Two last year, but their Junior Final defeat to Lisburn left them with unfinished business in 2020 and a disciplined performance from Kickhams should see them edge St Comgall’s this Saturday.