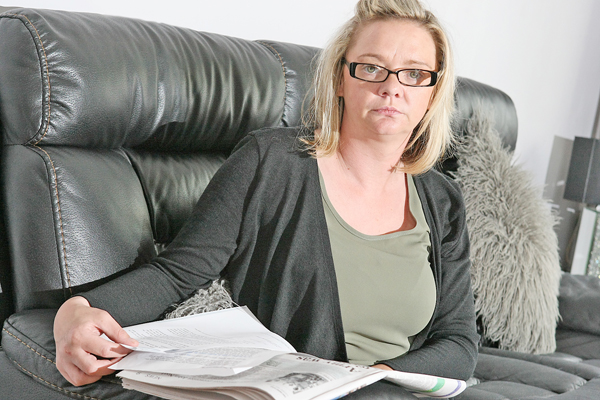 A shocking discovery from the British military archives proves that the British army knew that names of two loyalists suspected of involvement in the bombing of Kelly’s Bar.

On the 13th of May 1972, a car bomb detonated without warning outside the Springfield Road bar and resulted in the death of three people.

John Moran and Thomas McIlroy died just days after the attack, and Gerard Clarke died of his injuries 17 years later. Loyalist gunmen shot at survivors of the attack as they gathered outside the bar and 63 were injured. In the wake of the attack, the British government and security forces blamed the attack on the IRA.

However, documents uncovered by researcher Ciarán MacAirt, who works for Paper Trail, show that a member of the Parachute Regiment alerted his superiors to the names of the suspects just hours after the attack.

One of the logs dated 14th May 1972, named a the soldier, who was on leave, and states that he told his superior officer that one individual, who was also named, knew “rather more about Kellys Bar than he should”.

Another log dated the following day, names a soldier who was drinking in the Paisley Park pub, and details how he overheard a man, identified by name, who “announced that Kelly’s Bar would go up in 2 hours.”

A 2010 investigation by Historical Enquiries Team suggested that there was no evidence to support claims that loyalists carried out the attack.

In a letter to the victims’ family solicitor in April 2010, the lead investigator of the case said: “while acknowledging there was a lot of conflicting speculation and conjecture as to who was responsible for the attack, the HET found no evidence or intelligence to confirm the assertion… that this was a loyalist car bomb.”

Lisa McNally, whose father Gerard Clarke was killed in the attack said that the findings confirmed what the families of the victims had long believed.

“We welcome the findings and we want to thank Ciarán for his work, but the discovery comes as no real surprise to us,” she said.

“We knew that the UVF were involved in the attack despite the fact that the HET said that they found no evidence of collusion in the car bombing. This proves that there was loyalist and security force involvement in the bombing and the cover up. A British Para knew about it before the attack and they never acted on that information.

“Hopefully this will move our inquest forward and we can find out the truth about what happened to our loved ones. The HET told our family that they could not find substantial evidence or witnesses to support our claims, but we went and found our own witnesses. If we could do it, then why did the RUC or the HET not do it at the time?”

Mr MacAirt, whose grandmother Kitty Irvine was killed during the bombing of McGurk’s bar in December 1971, said that the documents he discovered have significant implications for many other cases.

“This attack is just one of the many orchestrated and well co-ordinated attacks by loyalists that enveloped the local community during those years,” he said.

“It is extremely significant for the victims of the Kelly’s bar bombing, but we also need to take cognisance of the fact that it is also a significant discovery for scores of other cases involving loyalist and state directed violence.

“Not only did the British army know that loyalists had carried out the attack, but they deliberately covered it up because they knew that it would be impossible to explain to the international community, that in a first world western democracy, extremist were allowed to act with impunity.”

Reacting to the discovery by Mr MacAirt, the solicitor for the Kelly’s Bar families, Pádraig Ó Muirigh, said: “This discovery by Ciarán MacAirt once again brings into question the integrity of the HET review of this case and the related case of the McGurks Bar bombing. The documentation clearly undermines the HET findings that there was no evidence of loyalist involvement in the Kelly’s Bar bombing.

“This new evidence raises further questions about collusion between the security forces and loyalists in the explosion at Kelly’s Bar and will greatly assist our preparation for the forthcoming inquest into this matter.

“The relatives of those killed in the Kelly’s Bar bomb are grateful for the diligent work of Ciarán MacAirt and Paper Trail which is in stark contrast to the HET review of this matter. It is only through the new witness testimony brought forward by the families of those killed at Kelly’s Bar and the assistance of organisations such as Paper Trail that any new evidence has been uncovered in this matter.”