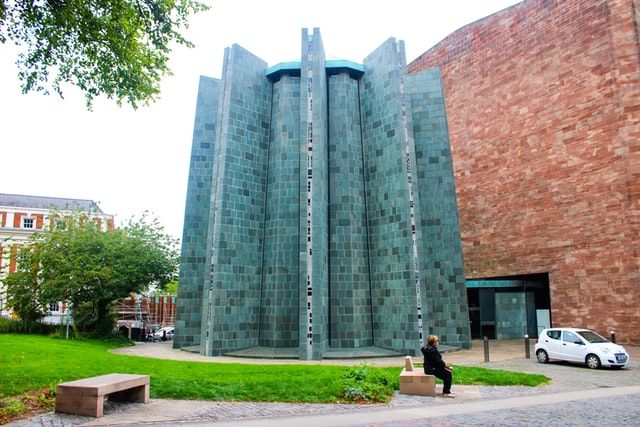 On arrival In Coventry, we asked at the visitors information outside the train station what might be on during that day. Mondays have a reconciliation prayer at noon with organ recital at 12.30pm in the Cathedral. As it’s beside the Herbert Art gallery where we were booked in at 2.30pm, we thought we would make our way there.

I had heard of all the art in the new Cathedral and thought we would go for a look around. The enormous, contemporary Cathedral was commissioned after the second world war when the Medieval one was flattened in the Blitz.

In the rebuild many contemporary artists were given what all artists need: an opportunity and a budget  to make art and insure it is integral to the design of the building.

Get stuck in to something different this autumn with our fantastic range of Try It! sessions.

From writing to skateboarding and DIY to horse-riding, there are a huge range of different clubs available to join.

600 people died the blitz of Coventry which destroyed the old cathedral. The city lay in ruins but some of the workers clearing the debris put two medieval roofing nails found among the rubble to form a cross of nails which is the symbol of the Cathedral’s international ministry of reconciliation.

Only six weeks after the 14 November 1940 bombing, Provost Dick Howard led the message of Peace, forgiveness and reconciliation by saying on national radio that once the war was over his vision was to work with those who had enemies.

He had inscribed “Father forgive” on the walls of the ruined Cathedral where thousands of people come on pilgrimage every year. Those who visit see the ruins as a vision of hope for the world.  I did not realise that Coventry is the UK city of Peace and Reconciliation.

Starting with Volgograd, formally Stalingrad, in 1944 and continuing to this day with city twinning of 26 towns and Cities all over the world. The Lord Mayor has a committee for Peace and Reconciliation which developed a Peace Trail as well as other programme. Coventry University has a centre for Trust, Peace and Social Relations.

The litany of reconciliation is said every day at 12 noon and streamed live online connecting other peace centres around the world. I liked that the response to each line was “Father forgive” not “Father forgive them they do not know what they are doing,” recognising forgiveness is for everyone, not just “themuns”.

The litany was read as follows with “Father forgive” response at the end of each line.

All have sinned and fallen short of the glory of God.
The hatred which divides nation from nation, race from race, class from class.
The covetous desires of people and nations to possess what is not their own.
The greed which exploits the work of human hands and lays waste to the earth.
Our envy of the welfare and happiness of others.
Our indifference to the plight of the imprisoned, the homeless, the refugee.
The lust which dishonours the bodies of man, women and children.
The pride which leads us to trust in ourselves and not in God.
Be kind to one another, tender hearted, forgiving one another, as God in Chirst forgave you.

Sitting for this and then the organ recital, afterwards I could hardly stand. Such is the energy in the Cathedral.

As #elizabeth Frink was still in my mind went to Saint Bernadette’s love the brutalist church with smypathic sculptures pic.twitter.com/qM3dNVEvYg

Artist Elizabeth Frink made the eagle lectern (below) and a crucifix at a later date. Margaret Traherne and Lucie Rie are the only other women artists mentioned in the commissions. But everything from the kneelers and the vestments, choir stalls and stained glass, sculptures and alters and small individual chapels have individual artist's visions incorporated.

The result is a moving building filled with light and art that has a visceral effect on those who enter it.

There is a chapel of unity for all world religions which must have been pretty radical in the sixties when it was built. It was nice to see anti-militarisation information there. The tapestry by war artist Graham Sutherland dominates the Cathedral and took over two years to weave once the final design was agreed. He suggested he should be paid an additional £300-£400 for extra work caused by "differences between the ecclesiastical authorities”. I can only imagine the discussions and meeting on the design as it evolved.

I was stuck by the global candle-stand which was a gift from Kiel, Germany, which was designed with candle-holders for each of the victims, and perpetrators, of the London bombing of 7 July 2005.  A video of the Dean speaks of the difficulties of forgiveness particularly when it comes to perpetrators but spoke of how this is possible. It was heartening to see the Future Monument, a glass obelisk surrounded by plaques celebrating formers enemies that have become friends to Coventry.

I also saw an exhibition by artist Richard Ansett called 'The Tale of Austin Callaway'. He was a sixteen year old boy who was killed in an isolated woodland outside La Grange, Georgia, at the same time as Coventry was being bombed. “It explores the legacy of bigotry and racial violence through documentation of the collection of soil by his descendants at the site of his murder” The sacred space of the chapel holds the pain of the subject matter and allows this difficult topic to be noted with grace and sensitivity.

I spoke with one of the women curates about the North of Ireland and the ongoing issues around Peace and Reconciliation. My fellow-columnist Frank Liddy asked me online why I had been sent to Coventry? My thought was that it would be beneficial if a lot more people were. They are currently recruiting for a Canon for Art and reconciliation.

On the Peace Trail, I recognised the reconciliation sculpture by Josefina de Vasconcellos. There are identical sculptures in Stormont, Hiroshima and Berlin, though the Stormont version (below) looks a little dejected.

I was bowled over by the sculpture of the choir of survivors dedicated to civilians killed or injured in aerial bombing with specific reference to Dresden by contemporary German artist Helmut Heinze. This was made all the more poignant as my grandfather was one of the Commonwealth pilots involved in aerial bombing during the Second World War.

In the Herbert Art Gallery there is a Peace and Reconciliation gallery, beside the one of Lady Godiva. Some of the exhibits were not working but you could hear the original radio broadcast of Provost Howard asking for there to be forgiveness. You are asked on the wall could you forgive a former enemy? There is a strong focus on people who have come to Coventry from former conflict zones, with interviews and reportage. Outside stands a Sculpture of Elizabeth Frink by our own FE McWilliam as we are reminded of the smallness of the art world.

Coventry is the UK capital of Culture this year. The Coventry Biennial opened on 8 October and runs until 6 February. It's obvious that we should all be sent to Coventry. 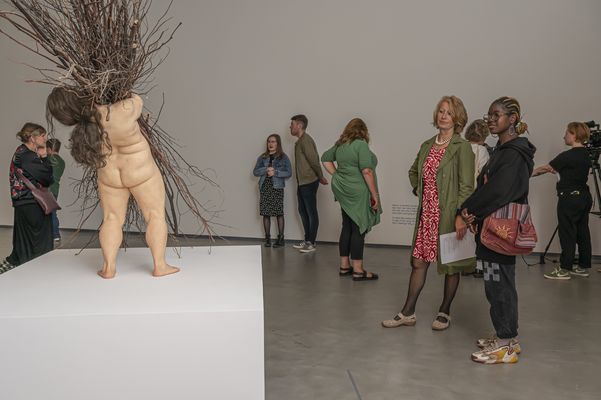 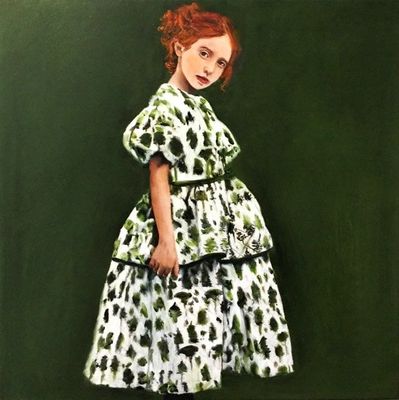 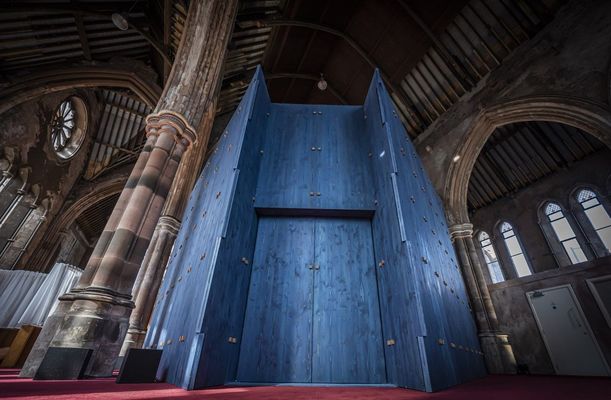