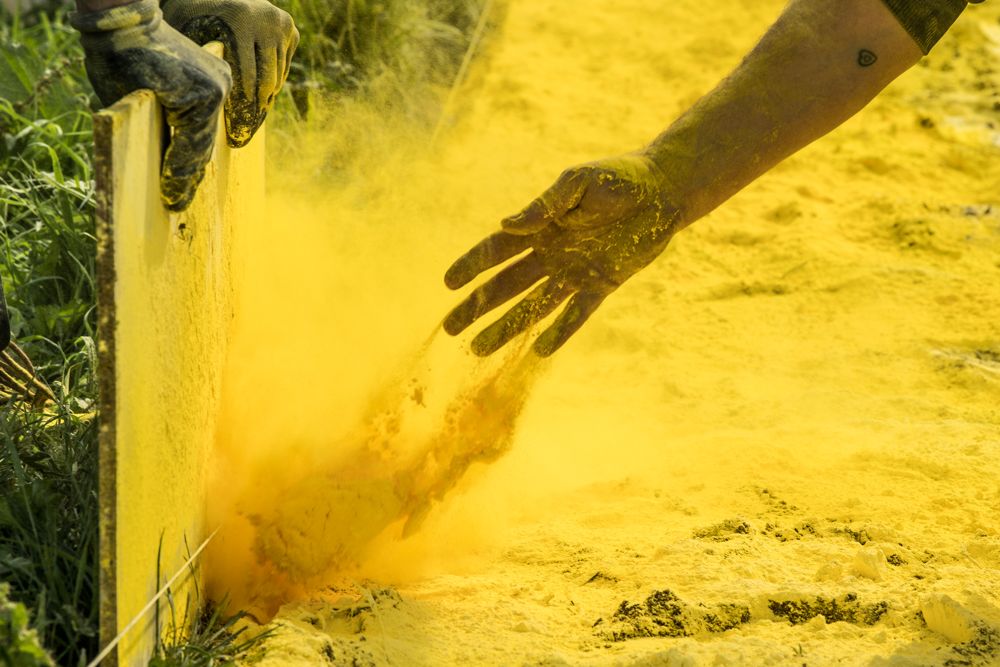 MELLOW YELLOW: From Across and In-Between by Suzanne Lacy at Golden Thread Gallery.

How do people draw lines between themselves and others? What can Ireland’s borderland teach the world? Thinking globally, can lines once drawn be erased?

Suzanne Lacy’s amazing exhibition ‘Across and In-Between’ at the Golden Thread Gallery offers people the chance to give their own feedback to these questions.

Suzanne is a Professor at the Roski School of Art and Design at the University of Southern California and is known for large-scale projects spanning the globe including England, Colombia, Ecuador, Spain and the US.

In a talk hosted by Letterkenny Regional Cultural centre recently, Sian Smyth, one of the team behind the commission, said Suzanne's first question on being offered the commission was,  "What are the local artists saying about this? Why do you need me?”

The project amplifies the voices and experiences of border residents during Brexit negotiations through words, imagery, sound and performance.

This is often what I think on seeing yet another artist outside of the region receiving a large, local commission. With many excellent artists locally that could scale up — if only the mentality was different and the trauma within the support system recognised in such a way that those artists with great potential could be supported properly.

Across and In-Between shows what great work can be can be done with artistic freedom and a budget. Some great artists I know have the freedom but no budget. This exhibition is a “creative collaboration between Suzanne Lacy and Cian Smyth with Helen Sharp and the communities of Pettigo, Tullyhommon, Cuilacgh Mountain, Castle Saunderson, Magheraveely and Newtownbutler".

So what is it? There is a yellow manifesto with nine points, it’s hard to read them all without shedding a tear. Here's a selection:

Number six: No one was unaffected by our history; the sights we saw, the hurt and fear. Some people lost far too much. For many the border gave safety and protection and preserved identity. We all need to learn history — our own and other. Preserve this knowledge so that the troubles of the past remain in the past.

Number eight, The difference between Yes and No can be made into maybe. The Good Friday Agreement brought peace and stability. We fear the reversal of this good work. We can teach the world about history, respect and forgiveness but we need more time to come to terms with our past. You don’t rush border people.

The Suzanne Lacy 'Across and In-Between' film at @goldenthreadg is really worth a look. https://t.co/8WctxTvD9O pic.twitter.com/N446SegWfZ

The manifesto was written by people who live along the border during the Border People’s Parliament in Parliament Buildings, Stormont, in 2018 as part of the Belfast International Festival.

Gallery One at Golden Thread has further documentation with 150 of the people present and photographic portraits by Helen Sloan. Audio of the conversations held with participants in committee rooms about their relationship with the border are available to listen to on headsets as you walk around. Recognising a few participants I was surprised to hear their voices follow me as I walked around.

In Gallery Two, the border folk make new lines in yellow. “Children and animals do not recognise borders,” said Suzanne.  “How do you make a voice which is multi vocal?” she asks. The answer: By creating new lines, playfully constructed, by farmers, horse owners, scouts, hikers and villagers.

Why yellow? “On arriving by plane on one of my trips, I noticed the beauty of the lines of gorse on the land,” Suzanne responds.

Particular attention was  given to areas on the border where: ”Northern Ireland and Ireland is indiscernible across Fermanagh, Donegal, Leitrim, Cavan, Monaghan.”

There is further documentary information available and it's perhaps important to consider that the yellow manifesto was completed on October 20th 2018  at the height of the Brexit crisis.

Across and In–Between runs until August 14 2021 at The Golden Thread Gallery, 84-94 Great Patrick Street. A great visit for summer schemes or any groups. Contact Golden Thread Gallery by email to book a tour.  An interesting innovation the Gallery has is an autism social story which can make visiting the gallery if you have autism easier.

It’s not so well known outside artistic circles that Flax Artist Studios have had a long connection with Japan which has resulted in a many exchanges, residencies and, indeed, a marriage here and there.

At one stage in the pandemic when everyone was drawing rainbows, Flax artist Joanna Leech started chatting with the Japanese, Belfast-based artist Shiro Masuyama online. Shiro explained that Japan was under ‘Amebie’ fever with people making the Japanese mythical creature in an effort to ward off the pandemic and sharing them online.

Shiro Masuyama, the only Japanese artist living in the conflict zone of Northern Ireland, just introduced the production process of his works, "Self Sufficient Life".
Talk is continuing, join us to learn more about the special ideas of each artist! https://t.co/DvQ25qMY1f pic.twitter.com/tTVp5TI70T

Joanna made a call out for artists to make their own version of this creature and 32 Irish and Japanese artists replied. The result is a glorious myriad of creative interpretations. Deirdre McKenna’s shines out and with all these new statues being commissioned in Belfast if there is to be one dedicated to the pandemic I think this should be it.

If you are still isolating or know people who would be interested in a online dance programme, Echo Echo Dance have developed an amazing free programme supported by the ACNI Stability and Renewal Fund. They believe that, whatever your age or experience, everyone is capable of expressive movement.

It’s worth noting that late night art is starting up again and will be happening on the 1st Thursday of the month in July and August. All of the galleries have track-and-trace systems in place and will be open late.

Families urged to get moving through free classes being offered by Derry dance company https://t.co/MwNGO7ffK4

Whenever I take anyone around the late night art galleries, they say that it makes them see the city in a different light. You may also be interested in Art and Soul billed as The Holywood International Art and Sculpture Fair will take place Culloden Estate and Spa, between 26 June and 18 July, in conjunction with Gormley’s Fine Art. Gormleys have used the estate for a number of years for a sculpture showcase but this year they have added to the experience with talks, tours afternoon teas and dinners. £8m worth of art on show. 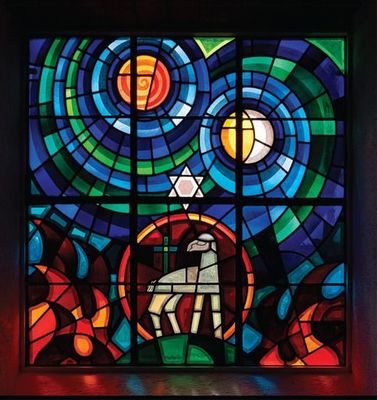 ARTS: Colourful windows on the world 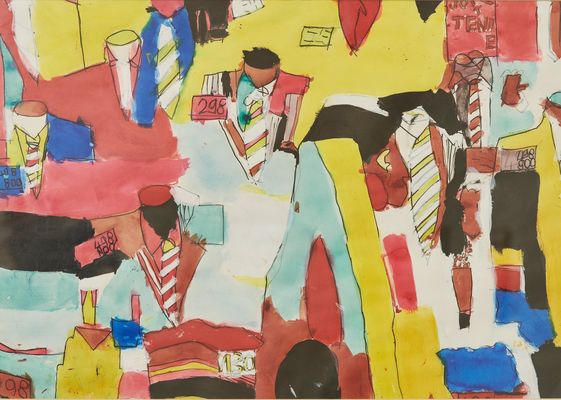 ARTS: Not so typical artists showcased at uni like no other 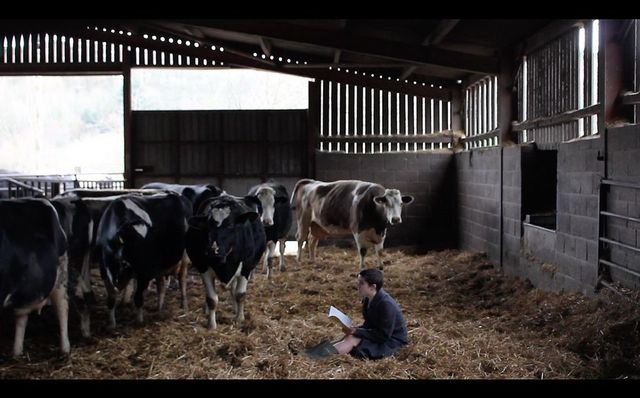