ARTS ROUND-UP: Who gets to say you don't have the right to create art? 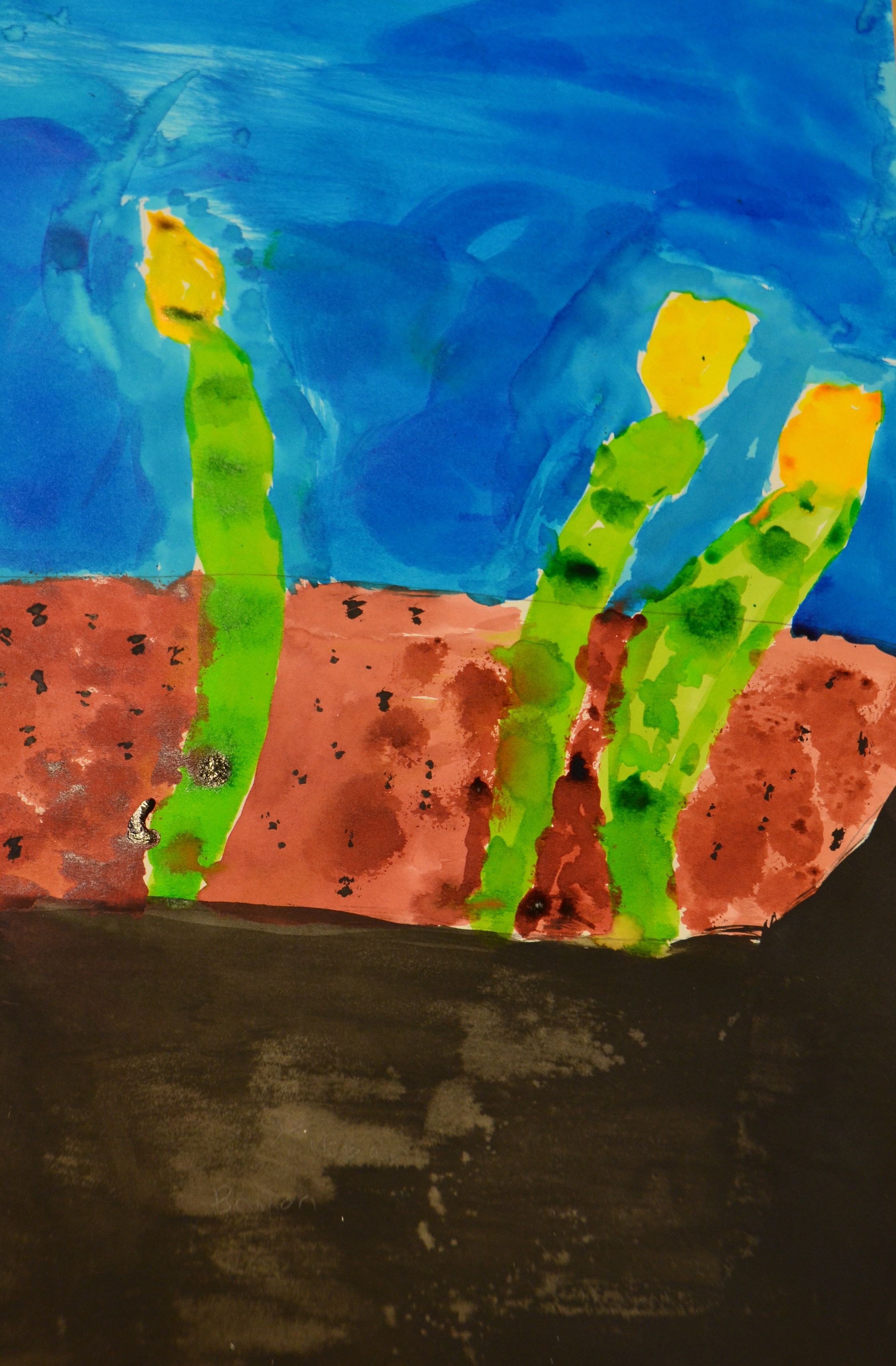 FLOWER POWER: Work by Kieran Bannon from the Right to Create exhibition

Who has the right to create? It’s not something you hear or read about often in the rights discussions that pervade society. Our equality legislation is a mechanism to deal with historical inequalities  and many strides have been taken in this area, including the arts but what about the right to create?

I’ve had the pleasure of working with adults who need some assistance in this area, alongside Clare Lawson, Ngaire Jackson, Tonya McMullan, Hugh O'Donnell and Rohan Woodcock.

We have all been delighted with the range of talent and the interest in visual art that we found. Some adults came to us already with their own visual language, others were starting from scratch. We are no longer in weekly contact with the artists and I am disappointed with current provision for them to develop their artistic practice in a professional manner.

We looked around for models of best practice around the world.  Finding for instance KCAT Arts Centre in Kilkenny which has been running for 21 years and Thikwa Werkstatt  in Berlin and Project Onward in Chicago. All are all workable models of how to facilitate the right to create.

Ngaire Jackson and myself have curated the ‘Right to Create’ exhibition in the PS2 project space to move that conversation forward. As artists, we have a natural ability to visualise what we mean by assisted studio space but many people did not understand what we were talking about when we sought support. Our original idea was to use the exhibition time to run an assisted studio along with a range of talks, discussions, and outreach. It is sad to think that current regulations prevent this from happening but the exhibition stage has been set and art must continue regardless.

Creativity waits for no one.

The exhibition includes work from three West Belfast artists, Christopher Simpson, Anna Cananvan and Kieran Bannon all of whom display a talent that, with some assistance, could flourish further.

Current studio provision in the city is poor. There is a lobby for improvements but with no mention of assisted studio spaces. Is this another example of the most-able leaving out those for whom social disability is a daily lived experience?

The exhibition also shows the amazing work of artist Andrew Pike at KCAT Kilkenny who has been working on an animation called “Waiting for Bucket” where five famous Irish writers, AE Russell, Bernard Shaw, Brendan Behan, WB Yeats and Samuel Beckett with Gussy all have an encounter at a bus stop. This is excellent work produced after a life time of creating at KCAT.

New billboard by Chloe Austin at PeasPark: 'Touched by our own loneliness', 2020. The image captures a complicated choreography of two arms, one tattooed with Picasso's Guernica, trying to come closer to each other. It isn't easy. pic.twitter.com/2RiCvepWch

— PS² (@pssquared) December 25, 2020Join out campaign for #rightocreate by connecting to some of our talks, recordings, and videos  on pssquared social media for the next month and contact us if you want to get involved.  Our programme includes an interview with artist Alastair MacLennan who has had a long term collaboration with the KCat art centre in Kilkenny and Lecturer in Painting at Belfast School of Art Dougal McKenzie.

We also chat with Riann Coulter, curator of the FE McWilliams Gallery Banbridge, and have Zoom discussions with some of the artists involved and live stream exhibition tours. If interested in learning more about Right to Create, please email our group.

Pssquared project space itself has been a powerhouse of cultural activity emerging from the charity Paragon Studios and run voluntarily by Peter Mutchler. It boasts 11 artist's studios and a project space. It has suffered from various planning decisions within the city centre, moving its location four times in as many years (all buildings it moved from are still empty) yet despite this its arts bona fides are impeccable.

As chair of the organisation I must use the opportunity to say we are looking for more permanent premises to bring its unique cultural kudos to a permanent central city location — either as a cultural caretaker or perhaps an anchor tenant. I have been personally disappointed by the lack of support from Belfast City Council in particular for the organisation, despite being an important part of the arts ecology in the City and their strategy of supporting maker spaces.

Pssquared over the years has encouraged, hosted or instigated hundreds of opportunities for artists and cultural producers in the city. There are very few in Belfast in the high artistic standard category who have not instigated or participated something from the space. That includes Household, who are currently making great waves in Sailortown and Peas Park artists who have won awards and tried out new projects. We have experimented and ensured a contemporary cultural richness that many other cities are jealous of, yet we do that under constant threat.

One of its recent successes is being the Northern Ireland precipitant of the coveted  Freelands artists programme which is an initiative supporting creative and professional development for emerging artists based in Northern Ireland. This regional award has opened connections and opportunities for local artists in Scotland, Wales and England.

What do we have in common?

Our Common or Garden programme continues with an online talk by Fiona Woods on Friday 15 January at 7pm.

To join this event, email catalystarts@gmail.com to be sent a link in advance. pic.twitter.com/wmbhRYORBK

On another note Catalyst Arts would be hosting the Masters of Fine art show this month but the event has moved online. You can book a virtual tour, led by the artists with a trolley showing you around the exhibition live from the art college on 14,15 21 and 22 January.

BBeyond  are celebrating 20 years of performance art with RAW a recorded action web exhibition  40 works from around the world starting 6pm 15 January on their Vimeo channel organised by Sandra Corrigan Breathnach.

The Mac has brought out an interesting art from home pack downloadable here.

Utterly enchanting this was when we enjoyed it live from Out to Lunch yesterday. Utterly enchanting it remains on our YouTube Channel now, so you can enjoy it too! X @DukeSpecial #OTL21 #LockdownFestival #SupportArtists https://t.co/KakERqiRY3

The RNLI also have some interesting art activity packs if your home schooling to download and it’s always good to know about water safety and, of course, the Out to Lunch festival continues with many free or ticketed events until 30 January.