Assault on the Irish language 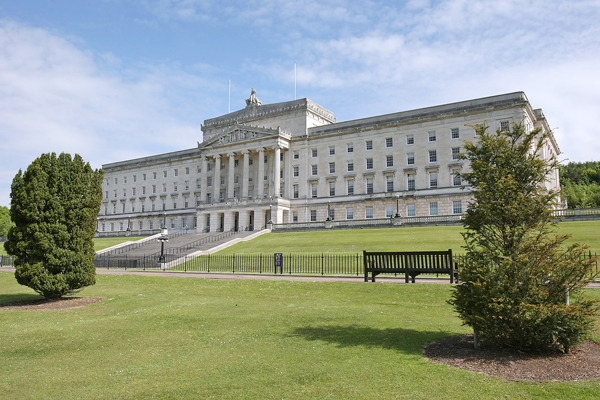 THREAT: Unionists at Stormont focused attention on Irish at school

DO we need an Irish Language Act? History suggests that we do.

The creation of the Northern Ireland state was a mixed blessing for unionist politicians. They were still part of the United Kingdom and the British empire, but at a price. They had no long-term security. Their traditional enemies had not gone away. This dilemma contributed significantly to the characteristics of the new state. It was a political system embedded in a framework of repressive conservative reaction. It was preoccupied primarily with defending the imperial values of the British Protestant nation against the menace of Irish Catholic nationalism.

It created two levels of citizenship. Those who identified with the British Protestant values of the new state were classified as loyal and had full rights of citizenship. Those who identified with Irish Catholic nationalism were classified as disloyal and had their rights curtailed either directly by legislation or indirectly by discrimination in areas such as housing, employment, and the administration of justice. These practices were motivated by racial prejudice.

In November 1921, for example, Robert Lynn, Unionist MP for West Belfast declared that there were two peoples in Ireland, one industrious, law-abiding, and God-fearing, and the other slothful, murderous, and disloyal. The draconian Special Powers Act articulated this prejudice. It reflected a belief that the Catholic Irish, being racially inferior, could only be controlled by coercion. Under the legislation any activity could be prohibited, if it was deemed to threaten unionism.

The same racial prejudice was also detectable in the emerging education system. The teaching of Irish and Irish history to young children was considered dangerous because it might encourage nationalists’ natural inclination towards subversion and violence. Both subjects might have been excluded entirely from the primary school curriculum had it not been for the violence associated with the founding of the state and the action taken by some teachers in nationalist areas during 1922.

They refused to recognise the authority of the new unionist Ministry of Education as part of Michael Collins’ attempt to make partition unworkable. When the attempt failed they negotiated a settlement with the Ministry. It included an agreement that they would recognise the Ministry’s authority and that the Ministry, in return, would guarantee that Irish would be included in the primary school curriculum.

In 1922 when the unionist government took control of local education, Irish was taught in nearly 33% of Catholic primary schools and in all Catholic secondary schools. It could be taught as an optional subject from the beginning to the end of primary and secondary education provided teachers had the necessary qualifications. An Organiser of Irish Language Instruction was employed to give teachers curriculum support and primary teachers could earn more money by teaching Irish as an extra subject at the end of the school day. These lessons were given to children from their fifth year of primary education upwards and could continue for another four years until they left school at 14 years of age. Since most children finished their education then, their only opportunity to learn Irish was in primary school.

Around 25 per cent of the teachers in Catholic primary schools were qualified to teach Irish. They had either gained Irish teaching certificates by successfully completing courses at Gaelic colleges or by passing a separate government Irish certificate examination. There were two Gaelic colleges in the new state in 1922, the Ardscoil and Coláiste Chomhghaill. Until that point both received government grants.

Within months the new Ministry of Education embarked on a long-term strategy to eradicate the linguistic and cultural expressions of Irish nationalism from within the education system and replace them with British cosmopolitan values. It abolished the post of Organiser of Irish Language Instruction, restricted the teaching of Irish to the fifth year of primary school and upwards, ended grant aid to the two Gaelic colleges and ceased to recognise their Irish teaching certificates beyond 1923. From then on the Ministry conducted its own Irish certificate examinations. Coláiste Chomhghaill soon closed. The Ardscoil survived.

A committee, chaired by Robert Lynn, then examined the educational services of the new state and made recommendations to the Ministry. It opposed, as unjustifiable, the preferential treatment which, it claimed, the Irish language was receiving and recommended that the language be treated in the same manner as Latin and French. That became Government policy. The Irish language now had the same status as a dead or foreign language and deserved no preferential treatment.

In May 1926 the attack on Irish resumed. Speaking in the Senate, William Barklay accused the government of wasting public money on the teaching of Irish which had no commercial value and which was part of a republican plan to drive English out of Ireland. In response the Ministry stopped paying fees for the teaching of Irish as an extra subject in Years FIve and Six of the primary school. The effect was apparent a year later. The number of pupils who studied Irish as an extra subject dropped by 70 per cent and the Ministry’s expenditure on Irish as an extra subject fell from £1,982 to £579. Now only 149 Catholic primary schools taught Irish, 93 less than in 1922.

By late 1926 the Gaelic League had revived in the north under Comhaltas Uladh. It began immediately to campaign against the Ministry’s strategy to undermine the teaching of Irish in schools. First it lobbied the Ministry in support of the language but achieved little. Lobbying was abandoned in 1933 when the Ministry, under pressure from loyalists, quickly abolished all remaining payments for the teaching of Irish as an extra subject in primary schools.

The Gaelic League then focused on the development of a feis network throughout the north. A major function of the Feis was to offset the damage done by the government to the teaching of Irish. It provided schoolchildren with a variety Irish language competitions annually. Adding a new Irish cultural element to children’s education, it promoted the continued teaching of the language in schools. The Gaelic League measured the success of its battle for Irish in schools from educational statistics. The best it could do with limited resources was to support the teaching of Irish in about 17 per cent of Catholic primary schools. But it could not sustain this support effectively beyond the 1960s.

Since then the teaching of Irish has become completely marginalised in the primary school curriculum. This is in line with what the founders of the Northern Ireland state had hoped to achieve.