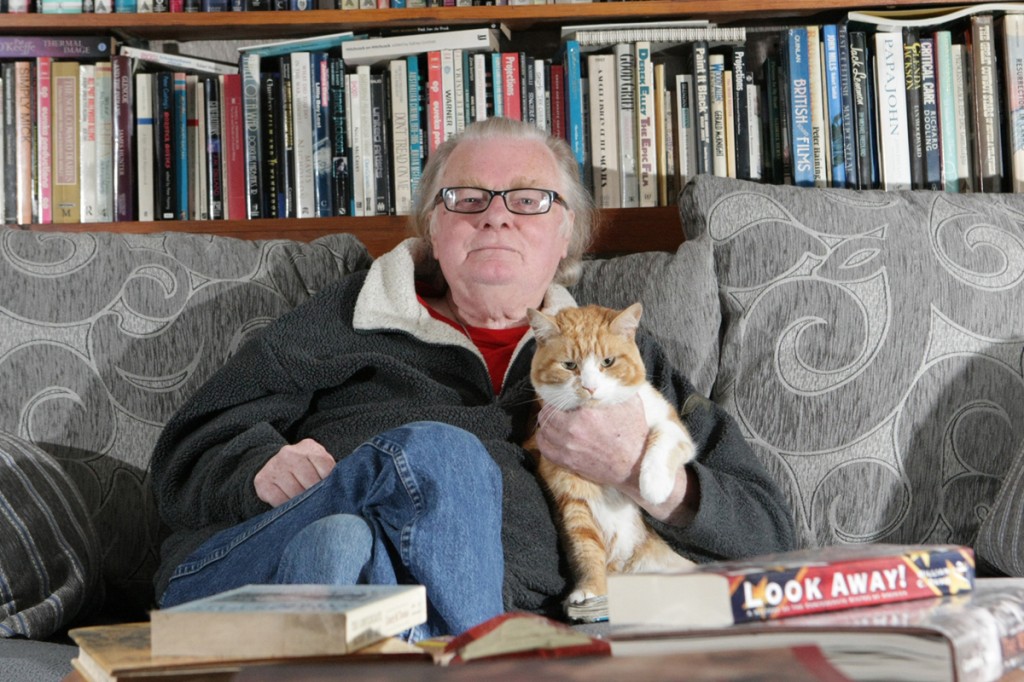 LATEST WORK: Author and journalist Colin McAlpin is no stranger to the Glens – or the United States

A South Belfast author has chosen the Glens of Antrim as the setting for his latest best selling historic romance.

Colin McAlpin, originally from the Shore Road in North Belfast and now living in Carryduff, is set to release ‘Santa Fe Sisters’ locally, having initially released most of his titles across the Atlantic.

Well known as an award winning journalist/ broadcaster, Colin previously held titles as Sports Editor, Features Editor, Arts-Entertainment Editor and columnist on several of the Belfast daily and Sunday newspapers. His current role is as a travel writer and he has spent considerable time travelling throughout the US.

Santa Fe Sisters, set in the late 1800s, takes in the Glens and the United States as suddenly impoverished Glenscullion sisters Georgina and Violet Sophia Devonshire are forced to seek a new beginning in New Mexico.

“I have had seven novels – three crime and four historical – published in the USA but recently I changed my agent after finding it difficult dealing long-distance and was fortunate to find the excellent Belfast-based David J. Publishing,” said Colin.

“I have many great friends in the Glens of Antrim, particularly long-time fellow journalist and author, Denis O’Hara, and I always wanted to set a story in the area. I also know New Mexico and the lovely city of Santa Fe so it became the perfect combination.”

“I love strong women and somehow all my books feature them as the central characters,” he added.

“Glenscullion is, of course, a composite of all the beautiful villages strung along the Coast Road and I enjoyed researching the history of the mining and the railways that once thrived throughout the region.”

Since the trains connected the Glens with the rest of Ulster, Colin has set parts of the story in Ballymena, Coleraine, Portrush, Derry – and on Rathlin.

“It’s obviously essential to get the historical and geographical background as accurate as possible, so if you’re writing about New Mexico it helps to know what it actually looks like,” he explained. “It also helps a writer to have a great researcher to add more information and I am fortunate to have an old friend, Angela Lubbock, on hand to keep me right, she can spot the smallest inaccuracy and sort it out.”

A great supporter of Amtrak, the United States national railroad system, Colin has travelled all of the existing routes and writes with authority about the arduous journey Georgina and Violet Sophia undertake from Baltimore to Santa Fe.

“It was an interesting time in American history, just after the bloody Civil War when the country was expanding and growing. We know that the Irish, particularly the Ulster-Scots, contributed greatly to the growth but in a way I wanted to pay my tribute to the contribution made by the women. Georgina and Violet Sophia are, I hope, excellent champions for all those women.”

So successful was the reception for the novel in the US, Colin admits he has already penned a sequel to Santa Fe Sisters, adding: “There is a major event in Santa Fe Sisters involving Georgina and her best friend, Julia O’Malley, that needed further examination so it’s covered and all set for publication.”

Santa Fe Sisters, and other novels by Colin McAlpin, is available on Amazon Kindle.