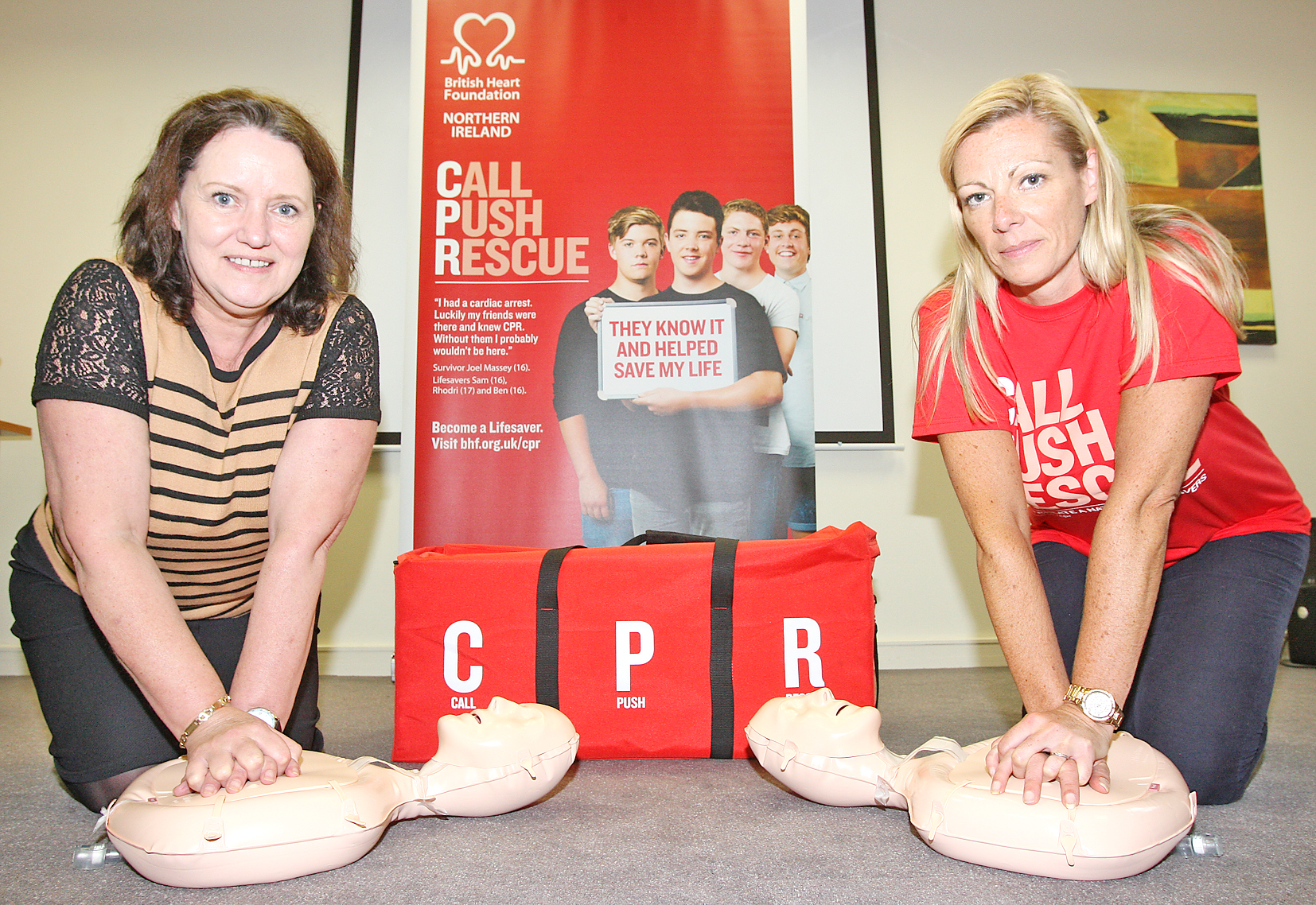 Today is Restart a Heart Day, a Europe-wide day aimed at teaching members of the public cardiopulmonary resuscitation (CPR).

There are around 1,400 out-of-hospital cardiac arrests in the north each year and less than one in 10 survive. This is, in part, is because too few witnesses and bystanders know how to perform CPR to keep someone’s heart beating until an ambulance arrives. Every minute without CPR and/or defibrillation reduces the chance of survival by up to 10 per cent while performing CPR can double the chances of survival. In countries where CPR is routinely taught – in the workplace and in school, for instance – survival statistics are much higher. In Norway, it’s one in four.

Cardiac arrest is thought by many to be interchangeable with the term ‘heart attack’, but that’s far from the truth. While someone suffering a heart attack may be in pain or distressed, they are aware that something is happening to them and are able to communicate their symptoms to family, colleagues or medical staff. Cardiac arrest, on the other hand, is a catastrophic ‘lights out’ event which leads to death. With timely CPR intervention, a person can literally be brought back to life.

Lynda is thankfully the “one in ten” in the grim statistic. The 55-year-old collapsed on the street in Saintfield after her heart inexplicably ceased beating. She’s been telling Daily Belfast her story.

“It was January 2011, that bitterly cold winter,” she said. “We owned a shop in Saintfield and it was flooded because of the weather and we called in to see the damage. As we were walking back up the street, I felt dizzy and saw what I describe as black grains, there was no pain. I went to put my hand out to tell my husband but I just dropped to the ground.”

Lynda died on the pavement while her helpless husband went into a state of panic. In an incredible stroke of fortune, a nurse who teaches the British Heart Foundation’s HeartStart Programme was passing in her car. She leapt out and of her vehicle and immediately began CPR. The gods were looking after Lynda that day as a male motorist happened to have a defibrillator in his car and he too pulled in. The CPR, followed by a shock from the defibrillator and further CPR, brought Lynda back to life.

“I came to with a sore head from the fall and a sore chest from the compressions but I was alive,” recalls Lynda. “I was brought to the Royal and a consultant told me I had had a cardiac arrest and was very lucky to be alive.”

Examinations failed to locate any heart condition that led to the cardiac arrest, but Lynda was fitted with an ICD (implantable cardioverter defibrillator) which monitors her heart’s rhythm and automatically corrects heart irregularities.

“I would have died on that footpath and never come to had it not been for the CPR and defibrillator,” said Lynda. “It’s so important that everyone knows how to perform these skills. I feel so strongly about it that I got trained as a trainer myself and now teach others. It is imperative that we get CPR training into the community and on to our school curriculums.

“I am proof that it works, I am still here and I will continue to teach it and get the message out so more people can be here, like me.”