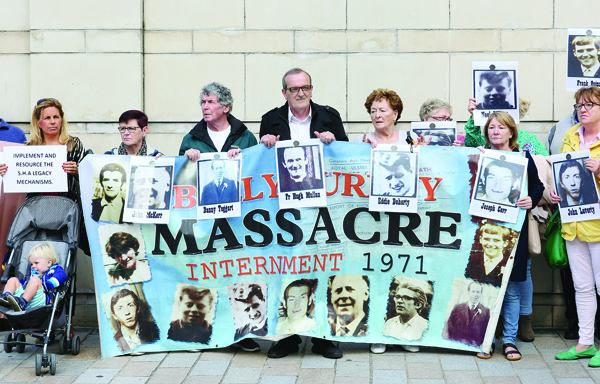 A CORONERS inquest into the fatal shootings of 11 civilians in Ballymurphy begins today almost 50 years after the atrocity.
The inquest into the shootings, which took place in Ballymurphy between August 9 and 11, 1971, is expected to last several months, calling hundreds of witnesses, including more than 100 former soldiers.
Among those killed in the hail of bullets over the space of two days was Father Hugh Mullan, a 38-year-old Catholic priest shot while administering the last rites to a wounded man.
Opening statements in the inquests will be heard this week, followed by personal statements from relatives of those who died.
Speaking ahead of the inquest, solicitor for the families Padraig O Muirigh said: “The Ballymurphy Inquest will finally start on Monday, 47 years after the families lost their loved ones, 46 years after the original inquest and seven years since new inquests were opened. These brave and resilient families have never given up on their long road to truth and justice.”