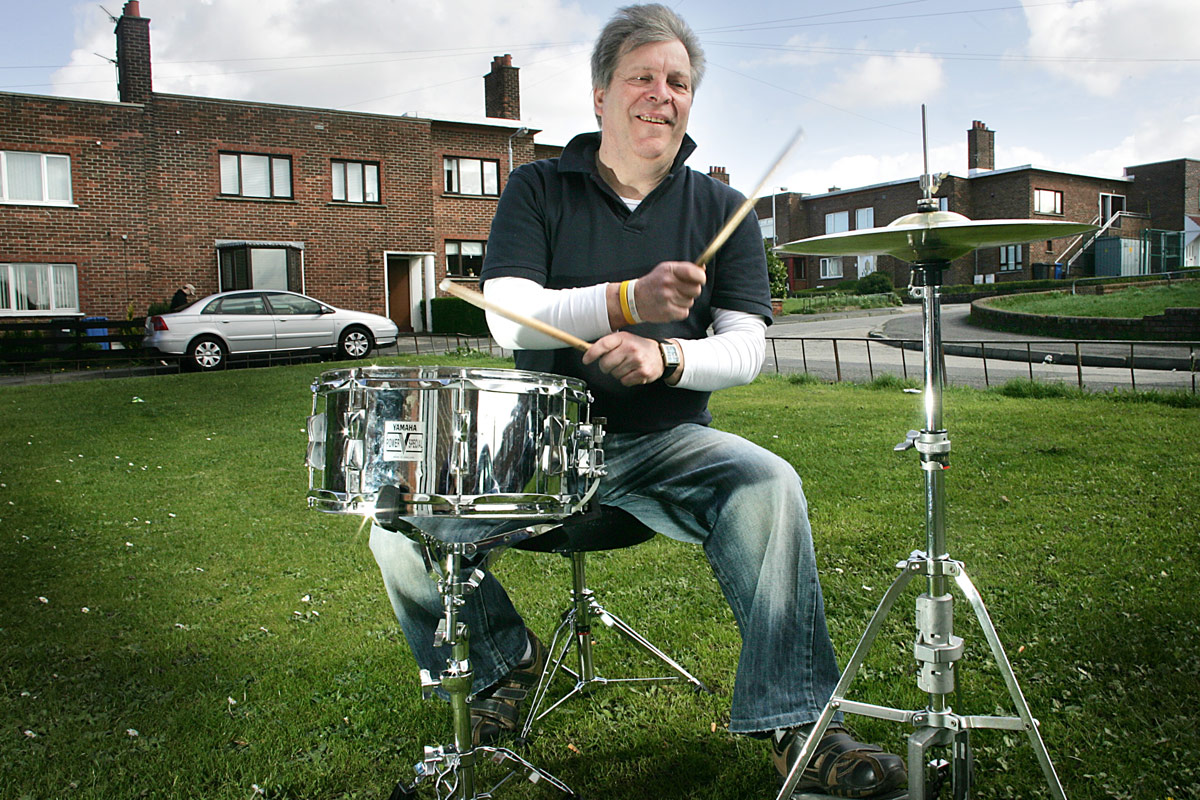 Brian Faloon is a former drummer for punk icons Stiff Little Fingers. Having played on the band’s classic first album Inflammable Material, Brian left the band and now performs with his new band Scream Blue Murmur. He also stood as the South Belfast candidate for the anti-cuts People Before Profit party in May’s Assembly election.

I was born in Belfast

I grew up in North Belfast

I was educated at Boys’ Model Secondary School

When I was a child I wanted to be an agent for UNCLE. I’m showing my age there

I actually became a lot of different things

Best job you've ever had, haven’t had it yet

The stupidest thing I've ever done see above

The biggest thing I've yet to do, go to New York

I'm most proud of my two boys

I like to relax by listening to and playing music, reading, watching movies

The last book I read was a biography of Paul Robeson

My favourite movie is probably The Deer Hunter, although ask me another time it could be one of many

The actor that would play me in a movie of my life would be... I’m not sure

The song that makes me dance is... being an drummer, most songs make me tap my feet

The best place I've ever been New Orleans

The place I have to visit before I die is Iceland – the country, not the store

The last text message I received was from my son Adam

If I was a politician I would raise taxes on the rich and corporations, and stop the cuts

If I won the lottery I would depending on the amount, make sure my family were sorted out

If I could describe myself in five words they would be sometimes lazy, sometimes hardworking, always busy...(okay, that was six words)

If I could invite five people (living or dead) to a dinner party they would be Paul Robeson, Noam Chomsky, Groucho Marx, Harriet Tubman and Brian Eno