Basic instinct for the music Translates into charitable gig 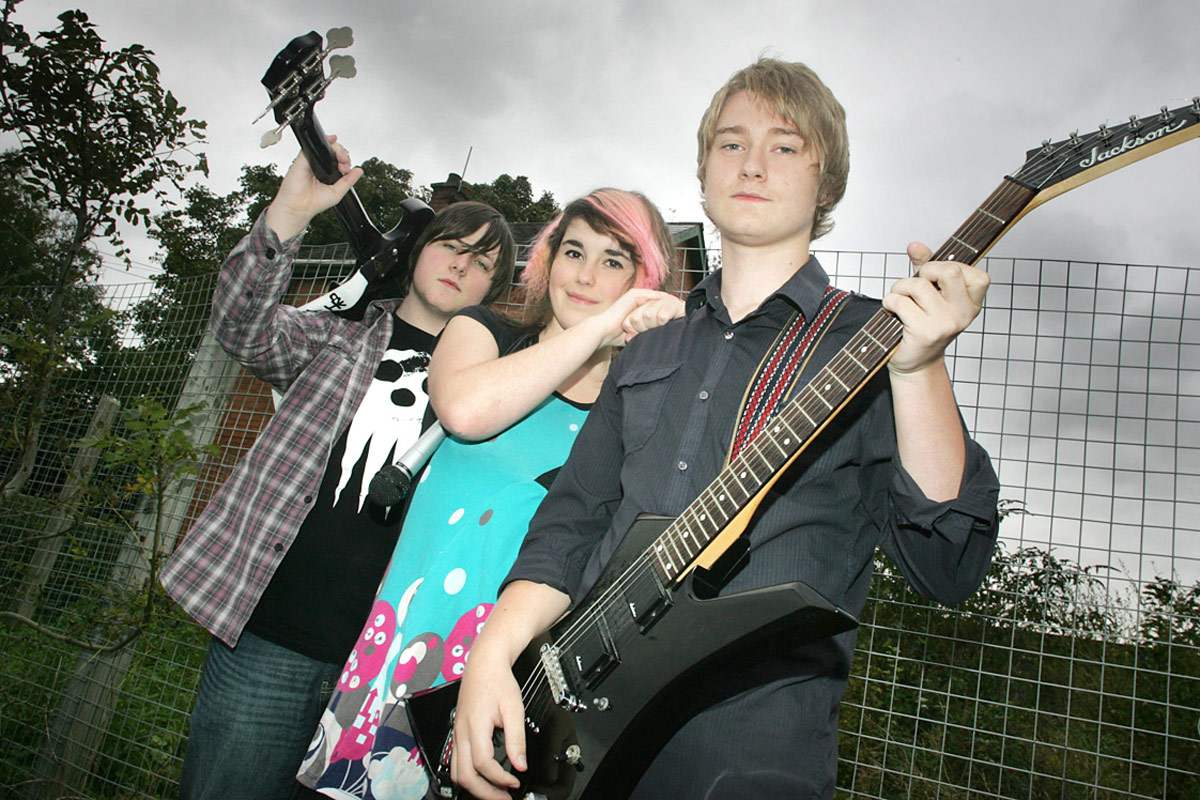 A group of North Belfast teenagers are using their musical talents to raise money for cancer research by organising their own charity gig this weekend.

Whitewell teenagers Ciara King, Daniel O’Rawe, Aidan Reynolds and James Orr formed their band Basic Translation over a year ago and had their first gig in the CB Club at the weekend.

This Saturday the band will be performing a gig in the Europa Hotel after they organised the night themselves to raise funds for Cancer Research UK. The big hearted group have spent weeks organising the night that will see a number of local bands play with all proceeds going to research into how best to treat cancer.

Pineview girl Ciara, who is the rock band’s lead vocalist, said they are keen to use their talent for a good cause.

“We’ve been going for about a year now, we all live near each other and all like the same kind of music,” she said.

“We were playing together anyway and just decided to get the band going. Our first gig was at the weekend there but we wanted to do something to raise money for charity.

“Cancer affects so many people and touches a lot of people’s hearts so that was why we chose Cancer Research UK. All the proceeds will go to them.”

Cancer Research UK supports a world of over 4,000 scientists, doctors and nurses to investigate all aspects of cancer; the charity also helps cancer patients and their families and tries to influence public policy.

“It is a really worthwhile charity and we were all really pleased to choose them and do what we can,” she said,

The Little Flower lower sixth pupil added the whole band has been busy getting prepared for the charity night.

“We have been practising ourselves and have got about six other bands to take part,” she said.

“We’ve been getting the venue and tickets organised and already we have about 80 people coming and there will be more on the night. We want to raise as much money ass we can for the charity.”

Ciara paid tribute to all their family and friends who had supported them in their charitable venture.

“We have had lots of support from all our friends who are coming along, so it should be a really good night put. People have been really glad to buy a ticket.”

Green Day and Blondie fan Ciara said the band’s passion for music meant they were doing really well so far.”

“There will be a good mix of local bands and the venue is going to be great,” she said,

“We’d love as many people as possible to come along and show their support.”

The charity night of music organised by the young musicians  will be held this Saturday October 8 at the Europa Hotel. Tickets cost £5. For more information on tickets and participants search for Basic Translation on Facebook.