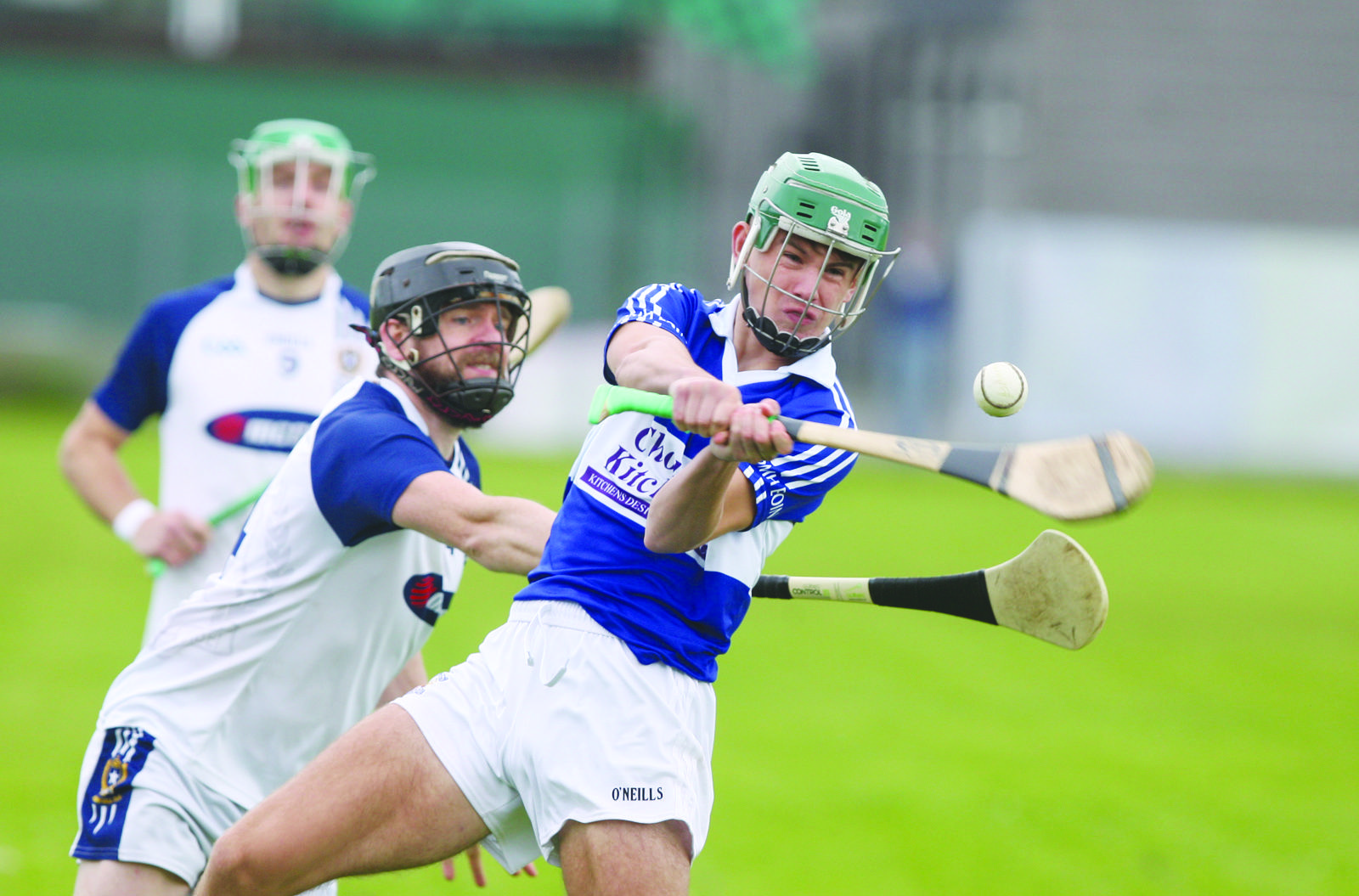 HAVING battled their way through the so-called ‘group of death’ earlier in the campaign, St John’s are back in the semi-finals of the Antrim Senior Hurling Championship.

Standing in their way of a place in the county final is a Loughgiel side who were three from three in Group Two.

The Shamrocks, 20-time county senior hurling champions, lifted the Volunteer Cup as recently as 2016 and will enter the game as favourites to reach the decider.

Yet, their near neighbours Cushendall, who exited the Championship last weekend following a surprise defeat to Rossa, struggled in the last two seasons when pitted against St John’s in the last four.

Having taken Cushendall to a replay at the same stage in 2018, the Johnnies believed they’d finally done enough when Padraig Nugent put them a point ahead in stoppage time in Ballycastle last year.

Yet, a Fergus McCambridge equaliser forced a replay, which Cushendall won 3-13 to 2-12 in Dunloy before losing the final to the Cuchullains.

Last Saturday, St John’s were forced to dig deep to see off the challenge of a stubborn St Gall’s side at Sarsfield’s, before prevailing by four points.

Mickey Johnston feels that the nip-and-tuck nature of the St Gall’s victory could stand to his men as the bid to down the Shamrocks this weekend.

“St Gall’s bring a totally different game and they have their own style of play,” said Johnston.

“We have been very successful in the last three or four seasons not to break under that attrition. If anything, I think St Gall’s will bring us on just like we brought Cushendall on over the last two years.

“When it comes to Championship hurling, we won’t be found wanting.

“Loughgiel also lost a number of county finals to Cushendall and Dunloy and it took them a while to get over the line and win. They were probably learning the whole time and we are in the same boat. We can’t talk about winning championships – we haven’t won one since 1973.”

A goal from Andy McGowan in the closing 10 minutes of normal time finally broke St Gall’s, who lost Sean Burke to a red card midway through the second half.

However, St John’s still required Declan Cregan to pull off a fine penalty save from Jackson McGreevy to be sure of victory.

“It was a super save to be fair,” added Johnston.

“It makes up for the mistake he (Cregan) made against Ballycastle because I know he has been taking a bit of stick for that one! That’s what your ’keeper is there for. Simon Doherty is injured and Declan has come in and done a fantastic job for us.

“We’ve been winning games in the last 10 minutes and we’ve fought our way back from six and seven-point deficits, so it is something we’ve been working on.

“With water breaks and that, games can go on to 70 minutes and sometimes momentum can go for or against you, but we are just pleased to be through to the semi-final.”

Their attacking threat has been blunted somewhat by the loss of full-forward Benny McCarry with a suspected ACL injury which rules him out until next season.

In Shay Casey, Eddie McCloskey and Shan McGrath, Loughgiel have plenty of other scoring forwards who are more than capable of shouldering the scoring burden.

It will also be interesting to see where Domhnall Nugent will be deployed for St John’s following his successful man-marking job on Antoin McCaffery last weekend.

It would be no great surprise to see him take up role in the full-forward line to test Tony McCloskey or Neil McGarry.

The Johnnies will also be hoping Conor Johnston is fit to play more of a role against the Shamrocks while Míceál Dudley’s return to fitness would also be a boost.

Whether or not St John’s have the firepower to match Loughgiel remains to be seen, but if their recent semi-final performances are anything to go by, they’ll not go down without a fight.