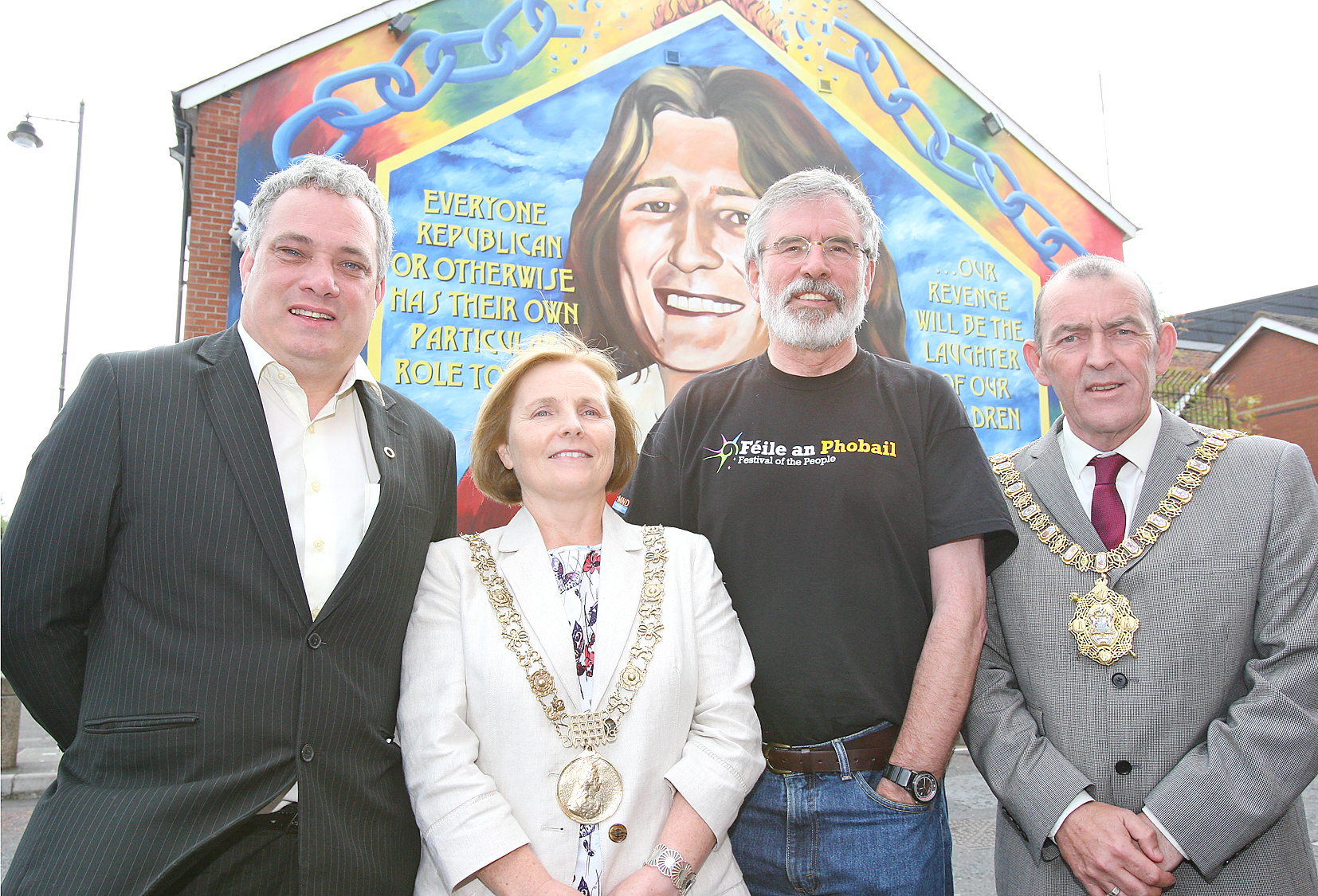 Belfast Lord Mayor Arder Carson has met with his Dublin counterpart to discuss forging closer links between the two cities and the importance of these links in the historic 1916 centenary year.

The Sinn Féin councillor met with his party colleague Críona Ní Dhálaigh, the newly elected Lord Mayor of Dublin, in Belfast this week. Their year in office in Ireland’s two main cities is particularly significant with next year marking the centenary of the 1916 Easter Rising.

During the visit the two first citizens discussed their cities’ roles in the centenary events next year and also how to put in place stronger links between the two cities.

“We want to forge a closer alliance and are keen to develop tourism, transport and economic links between the two cities and the entire eastern corridor,” said Cllr Carson.

“This was a body of work put into place by my party colleague Máirtín ó Muilleoir when he was Mayor looking at how we can strengthen these links and this is a continuation of that.

“Obviously we are in the centenary of the Easter Rising and we are building up to events next year, I hope to work closely with Críona as Ireland looks set to commemorate 1916.”

The Lord Mayor of Dublin Críona Ní Dhálaigh said she is looking forward to a historic year in her city.

“It is important to note the centenary doesn’t belong to one political party,” she said.

Cllr Carson said the two party colleagues are looking forward to forging a close alliance over the next 12 months.

“This is the start of it and we are looking now at what we can do over the next year,” he said.

“This was started under Máirtín ó Muilleoir and Oisín Quinn when he was Mayor of Dublin and we hope to continue on and work closely to bring our two cities closer together.”