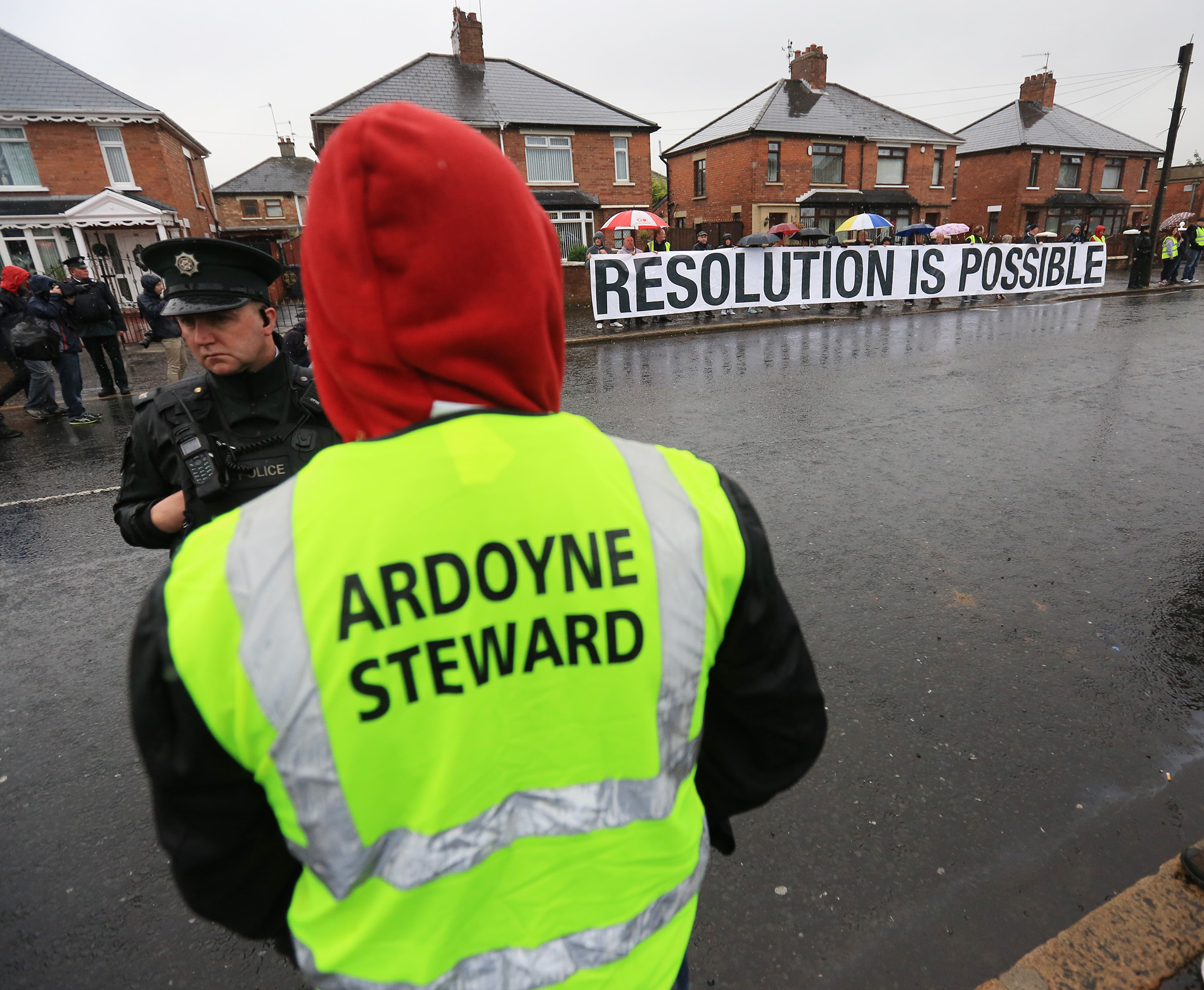 All eyes will be on Ardoyne in North Belfast tonight as hundreds of Orangemen returning from the field will advance on police lines blocking their progress along the Crumlin Road.
Two years ago, Belfast exploded in violence when Orangemen attacked police lines at the Ardoyne shops but last year the Order abided by a Parades Commission decision barring their return past Ardoyne shops.
There were signs of mounting tension on the outward journey past St Patrick’s Chapel in Donegall Street when the Finaghy True Blue band defied a ban on music being played past the church. Earlier this year, 13 members of a loyalist band were convicted of provocatively playing the sectarian ‘Famine Song’ outside St Patrick’s in 2012.
Earlier the outward parade by three Orange bands past Ardoyne shops passed off peacefully as two residents groups staged protests. CARA, a residents group which has offered dialogue with the Orange lodges held a banner with the message ‘Resolution is Possible’ while the anti-Good Friday Agreement GARC group displayed posters with slogans including ‘March Where Your Wanted’ and ‘No Parades No Violence’.

PSNI Chief Constable George Hamilton who was at Ardoyne shops for the outward parade said he was hopeful the day would remain peaceful but warned, “if people break the law they will be brought before the courts”.
Bonfires were lit in unionist areas on the eleventh and twelfth of July — as the Twelfth fell on a Sunday, the main march was delayed until today, Monday 13. Many included posters of nationalist and Alliance Party politicians while effigies of Bobby Sands (in a coffin), Martin McGuinness and Gerry Adams appeared on an Antrim town pyre and in Moygashel, Co Tyrone, a bonfire included a gallows on which an effigy of Sinn Féin politician Michelle Gildernew was ‘hanged’.