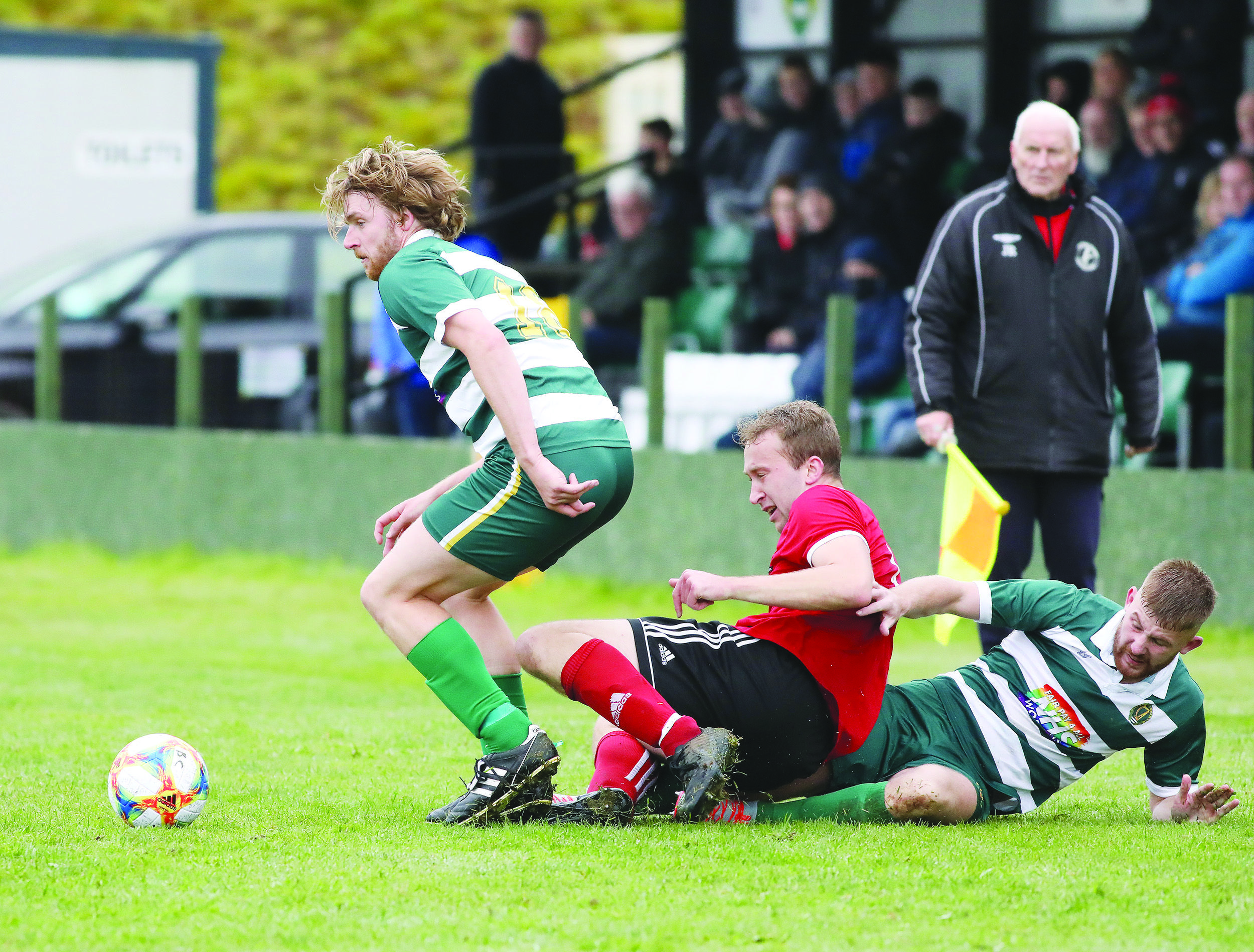 INTERMEDIATE football has been given a precautionary return date for next month as ‘non-elite’ sport try to settle on rescheduling a fixtures calendar turned upside down by two Covid-19 lockdowns.

While most clubs are keen to return to action as soon as possible, one local soccer club has gone against the grain by proposing that football remains on hold until the worst of the pandemic has passed.

Belfast Celtic put their proposals to the Ballymena and Provincial League last month suggesting the Ballymena League restarts on Saturday, March 6 and finishes by Saturday, June 26.

The West Belfast club argue that continuing with a start-stop season is detrimental to player to the physical and mental wellbeing of players.

Additionally, the insistence that clubs cannot use changing rooms and showering facilities is “not a healthy option in the winter months” according to Belfast Celtic.

Although their proposals would mean the Ballymena Intermediate League continuing after the Irish Cup final, something the IFA are keen to avoid, Belfast Celtic stressed that their alternative is viable and called for “outside the box” thinking on what are exceptional circumstances.

The club have also stated that delaying the restart until March would also give the health authorities more time to roll out vaccines while the summer months of May and June would allow more midweek games to take place in order to facilitate the league finishing by June 26.

However, in its reply to Belfast Celtic, Ballymena League officials have almost flatly rejected the notion of a further delay to the restart.

Reiterating their indicative start date of Saturday, January 16, the league stressed that competition must be finished in May or they would have to seek an extension from the IFA.

If that was not approved, the Ballymena League would then be forced into a similar scenario as last season when they awarded titles on a points per game formula. In the Ballymena and Provincial Intermediate League this resulted in Dunloy being crowed champions ahead of both St James’ Swifts and Belfast Celtic, who would have had a chance to win the league if the season was completed.

The Ballymena League argue that asking for an extension to their competitions would be difficult if they could have restarted their season in January and not March and argue that all grounds may not be available in May and June.

While the league admit further lockdowns and, therefore, further delays to football cannot be ruled out from next month, they are planning for a return on Saturday, January 16, adding that they have no authority to allow clubs to use changing rooms under the current guidelines issued by the Stormont Executive.

Belfast Celtic’s proposals, along with the reply from the Ballymena League, have been circulated to league members. The matter will considered closed unless a majority of clubs agree with Belfast Celtic and call for an extra special meeting to abandon the restart plans for January 16.

Belfast Celtic are one of a handful of Intermediate clubs who are due to return to action a week earlier in the first round of the revamped Irish Cup.

Only 32 teams will compete in the Irish Cup this season with the first round scheduled for Saturday, January 9.

The 24 clubs from the Danske Bank Premiership and the Championship will be joined by the four semi-finalists from last season’s Intermediate Cup (Dollingstown, Newington, Belfast Celtic and St James’ Swifts) and the next four teams ranked highest in last season’s league pyramid based on points per game –namely PSNI, Portstewart, Bangor and Banbridge Town.

The Championship and Premier Intermediate Leagues are due to start on Saturday, January 2 while the Co Antrim Steel and Sons Cup is postponed until further notice.
The final of the Steel and Sons Cup is traditionally played on Christmas Day, but the second round was called off in October as a second lockdown came into effect.