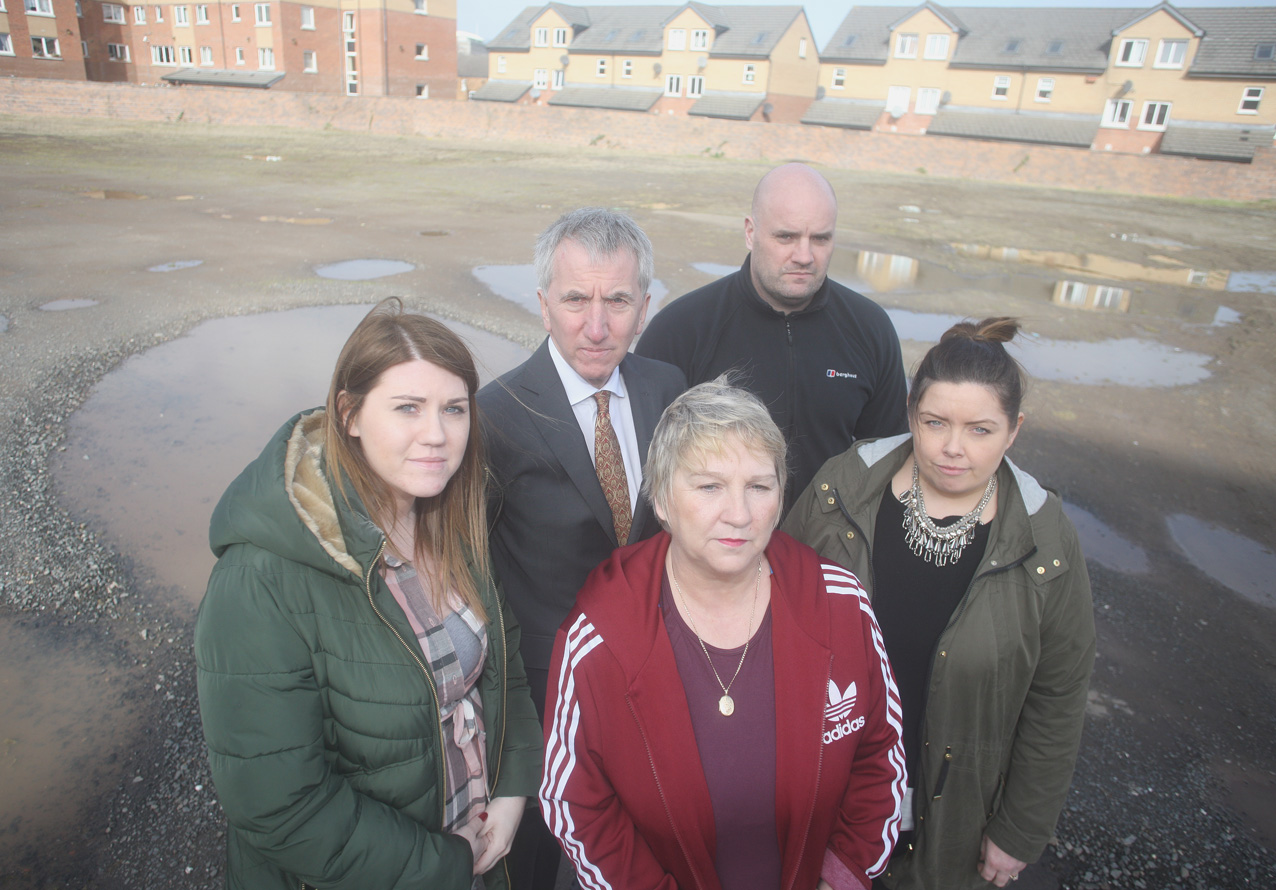 SOUTH Belfast MLA Máirtín Ó Muilleoir has written to the CEO of Carlson Hotels Inc to express his concerns at plans to expand the Radisson Blu Hotel in the Market area of Belfast.

The hotel expansion is to take place on land zoned for public housing. Writing in his blog, Mr Ó Muilleoir said: “Today, the Market community is engaged in a rearguard legal action to prevent the contentious construction of a 14-storey office building in a residential street in the area. But that development is just one jaw of a vice squeezing the Market community. For now the City Council plans to take lands zoned for housing on the other side of the Market, on the Gasworks site, to meet the demands of one of the biggest corporations in the world, Carlson Hotels Inc, which owns the Radisson Blu hotel chain.

“The demand for social housing in the Market area is severe. In fact, homeless and housing stress statistics in the area are so pressing that the Housing Executive has protested the Council plan.

“We have all heard of Robin Hood who stole from the rich to give to the poor. In taking this land zoned for homes for local people to give to a travel company giant which boasts over 1400 hotels across the globe, Belfast City Council is turning that approach on its head. Here we have a reverse Robin Hood: taking from the poor to give to the rich.

“I join local people in wanting to see Radisson Blu expand its presence in Belfast. But the way to do that is for local people to be given clarity over the location and number of homes planned for other parts of the Gasworks site so that they can agree to this hotel expansion and office development safe in the knowledge that their right to the safety and sanctity of a home is being honoured.”

Consultation on housing on the Gasworks site started back in 2005.

Mr Ó Muilleoir added: “Belfast City Council has been deaf to the pleas of residents and is determined to push through this shameful plan. I am optimistic, however, that Carlson Hotels Inc will be more sympathetic to the community on its doorstep.”

Acknowledging receipt of Mr Ó Muilleoir’s letter CEO of Carlson Hotels Inc, Federico González, said: “I have shared your concern with our Area Vice President, Richard Moore from the Rezidor Hotel Group who will be in touch with you directly to follow-up on this matter.”

Richard Moore added: “Rezidor is not responsible for making any planning permission requests in Belfast.

“Therefore queries related to the proposed Gasworks development should please be directed to either Belfast City Council or the hotel owning company.”

Local Sinn Féin Councillor Deirdre Hargey said: “For almost 20 years, the people of the Market have been subjected to foot-dragging and broken promises by Belfast City Council in relation to long-awaited new homes on the northern fringe of the Gasworks site.

“There has been much talk of a progressive Belfast City Council but you can’t have progress while ignoring the rights of city Centre communities.”