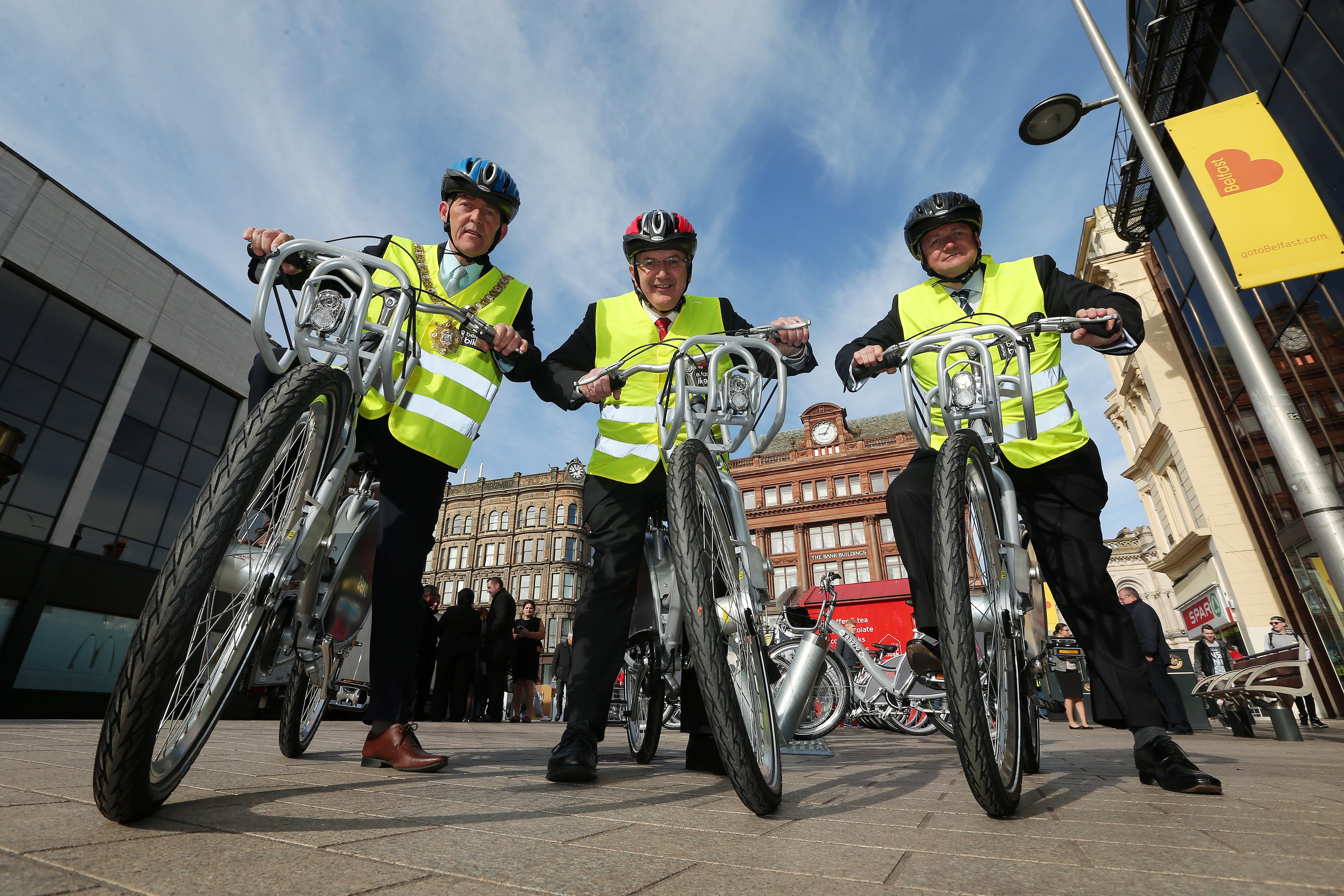 THE sun shone on an unseasonably chilly Belfast this morning as Belfast’s first public bike-share scheme got into gear.

Almost 1,500 people have already signed up for the initiative which went live at 6am and provides two-wheeled transport to anybody who needs it in the city centre.

300 bicycles and 30 docking stations are located in key locations in Belfast. The scheme will cost members £20 a year, while tourists and casual users can pay £5 for three days.

Lord Mayor Arder Carson donned his helmet and joined Department for Regional Development Minister Danny Kennedy to take the first of what they hope will be many bike trips around the city. They were joined by Frank O’Donnell, General Manager Ireland of scheme sponsors Coca-Cola, whose logo is emblazoned on every machine.

“Very symbolically, every corner you turn in this city you’re going to see these bikes,” she said. “It’s going to be great for students, really great for business people who are just nipping from one meeting to another during the day, and really great for tourists coming to visit Belfast.”

SDLP Councillor Tim Attwood said: “It’s brilliant that Belfast now has a bike scheme. It is great for commuters, tourists and cycle enthusiasts. I am certain it will be just as successful as the Dublin bike scheme which just last week announced its 10 millionth journey.

“In 2009, the year the Dublin bike scheme was launched, I proposed a motion at City Council for a Belfast bike scheme. I did not think it would take six years to get our own bike scheme, but it’s here now and let’s make the most of it.”