Belfast to Blanco: More kids prepare for African trip of a lifetime 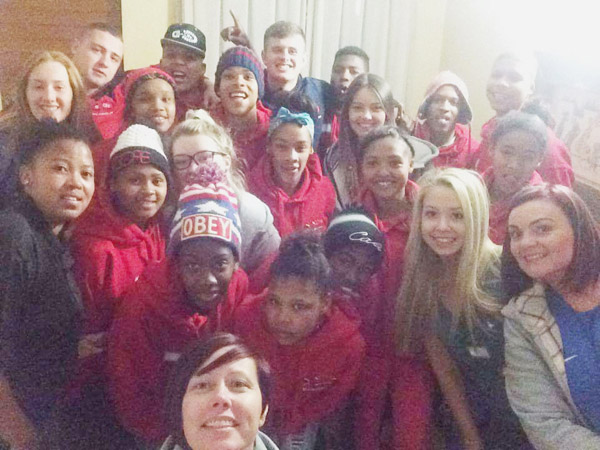 IT’S becoming an annual mission for a group of inspirational young people from Ardoyne and the Shankill as they embark on another life-changing project helping poor communities in South Africa.

Formed in 2013, the annual Belfast 2 Blanco (B2B) project has been uniting two polarised communities in North Belfast ever since.

The project was formed by two men: Thomas Turley of Ardoyne Youth Club and Alan Waite of Hammer Youth Club (Shankill) after they visited the town of George in April 2013 as part of a young group that included 22 participants.

On return, B2B was born and the opportunity of a lifetime for young people to engage in a programme that would provide them with an international experience and enhance and broaden their horizons.

Next year’s visit in April will see the landmark of over 100 young people and volunteers passed who have helped to support those less fortunate than themselves.

Whilst out in South Africa the B2B team’s programme consists of feeding the sick and elderly, taking part in games and fun activities with children, visiting an elderly residential home and – one of the biggest challenges – working in a juvenile prison.

Thomas explained why he believes the project has been so successful on a local level.

“The programme has clearly had a huge impact on both communities,” he said. “The young people involved have repeatedly said upon returning that they are like family now. The work and effort our young people from the communities of Ardoyne and Shankill put in is phenomenal.

“This isn't just a trip out to South Africa, it's a year-long programme, meeting every week to get prepared for activities, fundraising and being a team whist out there. And on that we would like to thank both communities so much for their commitment to our programmes over the years,” he added.

Co-founder, Alan added: “Anyone can go to South Africa and have a good time, however if the programme is right to create the learning, you can ensure you have an amazing time.

“We both felt that we could develop a more beneficial programme that would continue to meet the needs of young people.”

Since the creation of the programme the project has also expanded its work into the neighbouring area of Thumbalethu with young people assisting staff in a disability crèche and also working in an after-schools programme to provide activities and food to the young children that attend.

While out in South Africa, the young people compile blogs and internet diaries of their experiences to provide an understanding of the project within their own communities as well as providing a reflective record of their amazing journey and the work that they are involved in.

You can follow the journey of the inspirational young people at http://www.belfast 2blanco.com.