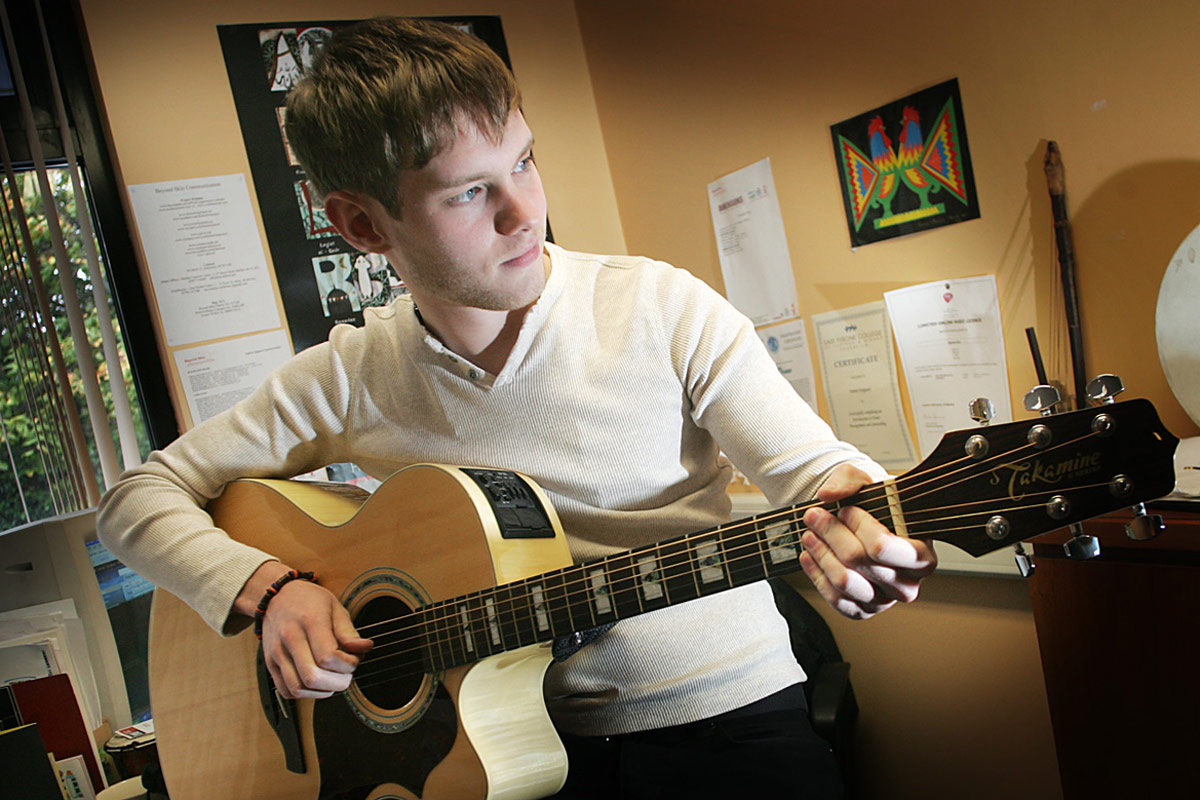 Cavehill Road singer/songwriter Aidan Logan has just released his new single, Let Them Know. Aidan, who has lost school friends through suicide, has written this song with the message that we can save someone from suicide through our words and actions.

Aidan is donating all proceeds from the single to local suicide awareness group PIPS Programmes. This week the North Belfast News finds out a little more about a very talented and a very committed young local man...

Where were you born and where did you grow up?

I was born in the Royal Maternity Hospital and grew up on the Cavehill Road, beside the Waterworks.

Where did you go to school?

I went to Holy Family Primary School and then St Malachy’s College.

What is your earliest memory?

Ireland being in the ’94 World Cup.

What did you want to be when you were a child?

I always wanted to be a singer and write songs.

What are the worst and best jobs you have ever had?

The best job is playing at a gig, and the best of those came in Derry a few months back, at the opening of the Peace Bridge.

I’d tell you the worst job, but I’m afraid of getting sacked!

Who is your most inspiring person?

Garth Brooks, I learned to play guitar to be like him.

What is your favourite book, film, and band?

Film would be Rocky IV.

Band, the Bee Gees, they’ve written so many brilliant songs, and many hits for other people.  Not many people know they wrote ‘Islands in the Stream’ by Dolly Parton and Kenny Rogers.

Who would play you in a film of your life?

Do you have a favourite joke or quote?

‘Whether you think you can or you can’t, either way, you’re right’ – Henry Ford

What is your most treasured possession?

I actually have two. A watch and a melodeon (a small accordion) they both belonged to my granda.

What is your greatest fear?

What are you very good at?

Sleeping in and arriving late. I don’t even have an excuse any more.  I think I have a fear of arriving early.

What are you most proud of?

I was early for school once.  Really. though, winning the F-factor, a talent competition in the Lansdowne Hotel last year.

What place would you like to visit before you die?

The Pyramids in Egypt.  They’ve been around for thousands of years and still engineers wonder how they were built without machinery.

What is the last text message you received?

‘I’m at the food court, will you be much longer?’

If you were a politician what is the first thing you would do?

I’d buy a Jaguar and put it through my expenses then hook my family up with easy jobs on huge salaries.  Seriously, though, I’d stop wasting money on wars and banks. I’d take those billions and give them to the hospitals, as opposed to closing down the emergency ward in the City Hospital as is planned.

Who would be your five guests (dead or alive) for the perfect dinner party?

Generally my favourite singers/songwriters: Frank Sinatra, Michael Jackson, Billy Joel and Garth Brooks.  I saw Garth Brooks as a kid, and he was unbelievable! Also Alex Ferguson. He’d have some funny stories from his time in football I’m sure, and I could pester him to offer me a contract.

How do you want to be remembered?

I’d love to be remembered as a great songwriter with a lot of hits.

The people.  It’s only when you travel elsewhere that you realise just how funny and friendly we are here. I work with a lot of people from different countries, and they all remark on that.

What would you change if anything?

Let Them Know is available to download online for £1.99 via www.pips929.com