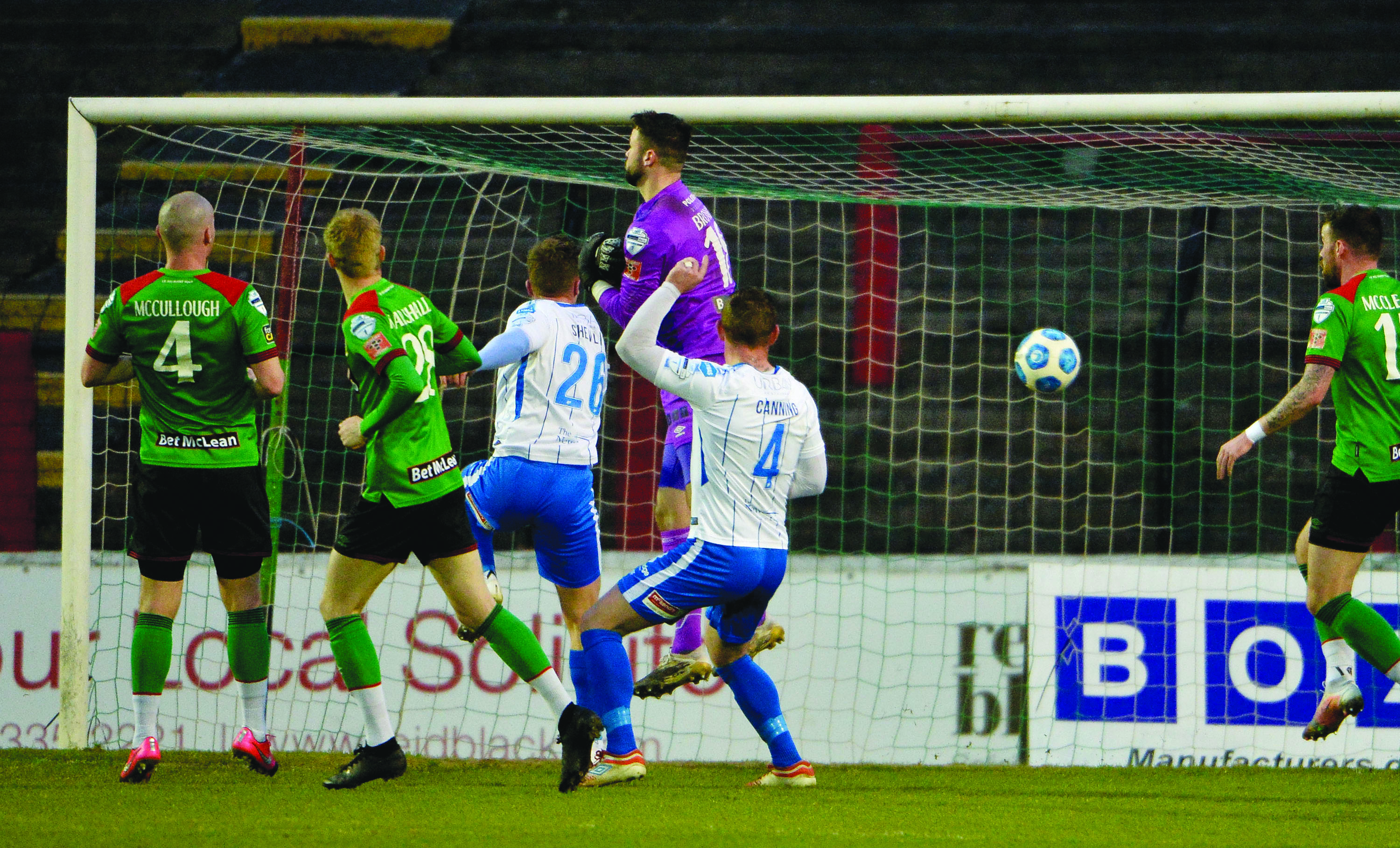 COLERAINE’S hopes of maintaining a title challenge were dealt a further blow at The Oval as bizarre own goal ensured Glentoran took a share of the spoils in a 2-2 draw on Tuesday.

Jay Donnelly gave the hosts a sixth minute lead who fired past Marty Gallagher with his left boot after controlling a knock-down from Robbie McDaid.

Coleraine were back on terms with their first real opportunity of the night on 28 minutes as Matthew Shevlin got ahead of Glens’ goalkeeper Rory Brown to glance Jamie Glackin’s free-kick into the net to leave it 1-1 at the break.

Shevlin then gave Oran Kearney’s side a 2-1 lead 20 minutes from time as he fired past Brown after getting in behind the home defence.

However, the Bannsiders’ joy was short lived as seven minutes later came that own goal as Carson nipped into take the ball away from Hrvjoe Plum but instead of sending it back to goalkeeper Marty Gallagher, his attempted pass sailed over Gallagher and into the net from all of 35 yards to ensure the game finished in a draw.

The result leaves Coleraine nine points adrift of leaders, Linfield, with Glentoran two points behind but having played a game less than both.

Elsewhere, Portadown took a huge step towards safety as Adam Salley struck two minutes after the break to score the only goal of the game against bottom of the table Dungannon Swifts.

Salley took a pass from Ben Tilney 20 yards from goal and produced an excellent strike to find the top corner to settle the game.

The result leaves Portadown five points clear of the relegation zone having played a game less than the bottom two sides, with Swifts now nine points from safety and four behind second from bottom Carrick Rangers who were forced to settle for a 0-0 draw at Warrenpoint Town in the night’s only other game.