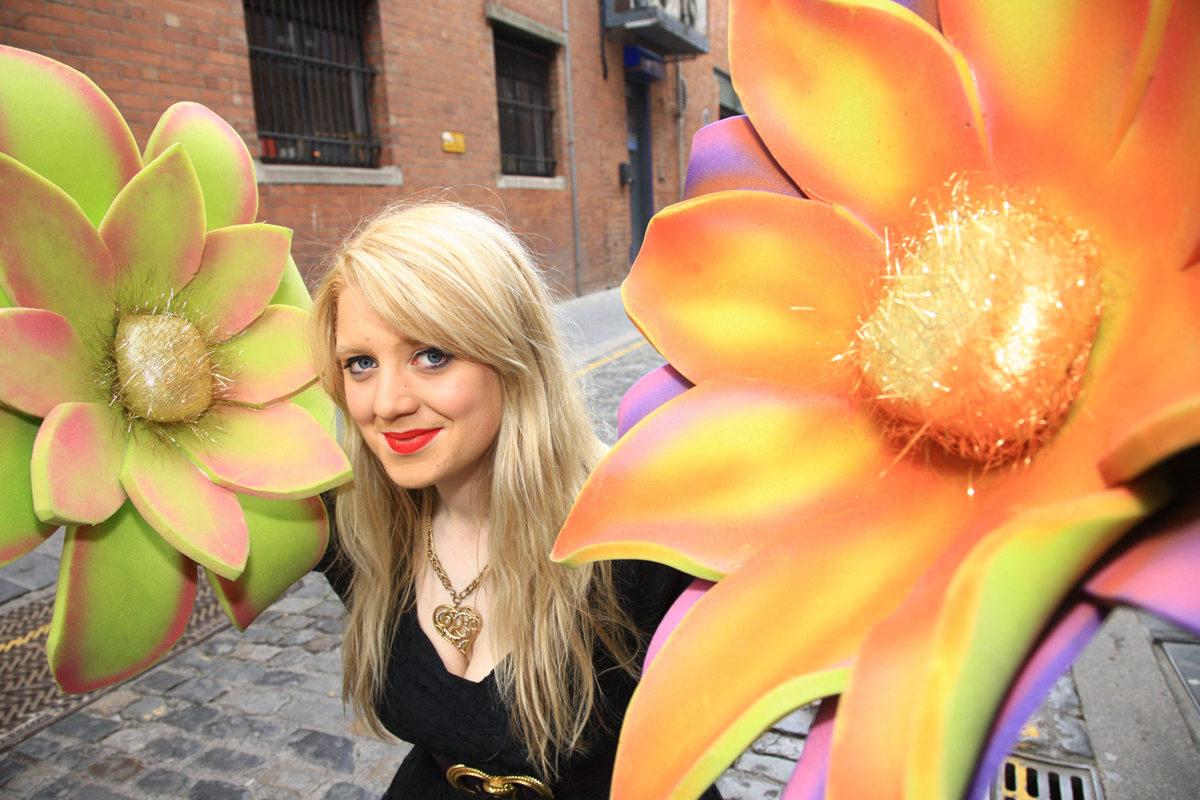 Katie Richardson is the vocalist and songwriter behind up and coming band Katie and The Carnival who released their first single last year. The multi-talented Ormeau girl also dabbles in acting and most recently appeared in the play Guidelines as part of the Belfast Festival at Queen’s.

I was born in... the Jubilee hospital

I grew up in... the Ormeau Road, in a beautiful street with a lake across the road and Belvoir Forest just at the end

I now live... still around the Ormeau area

I was educated at... Rosetta Primary School and then Methody

My earliest memory is... sitting at the piano with my dad singing songs and listening to him sing

When I was a child I wanted to be... a singer/actress. I was obsessed with musicals from the 40s and 50s, and used to spend hours making up dance routines and singing along to my favourite songs - then I picked up a guitar and never turned back

I actually became... a singer/actress. There is so much I want to do – I’m just getting started. I'm very ambitious

Worst job you've ever had... loads. I was a waitress for many years. There were lots of good times I suppose but I could never quite get my head round people coming in and being rude or talking down to me. I would never do that to someone else

Best job you've ever had... Katie and the Carnival is the best job I could wish for. I would work 10 other jobs just to be able to be a musician for the rest of my life

The bravest thing I've ever done... is skydiving/gorge swinging

The stupidest thing I've ever done... where do I begin... my teenage years as a whole were pretty stupid

The biggest thing I've yet to do... I have so many things I want to do - climb Mount Everest, perform in a big arena, release an album, travel all over the world with the band. The list goes on

The person/people who inspired me most is/are... hardworking people who make sacrifices for their passions. All the unsigned musicians or actors slogging it out to try and make their dreams reality. That drive is inspiring

The most important thing in the world is... love...or hummus

I'm very bad at... being organised/cleaning/resting

I'm very good at... taking on too much

My best friend would say I... take on too much and need to learn to switch off

I like to relax by... doing yoga at my friend’s yoga studio

My favourite saying/quote is... ‘The journey of a thousand miles begins with a single step’ - Lao-tzu. I’m a total sap

The last book I read was... Down and Out in Paris and London by George Orwell

My favourite movie is... Almost Famous. It makes me want to listen to vinyl

The actor that would play me in a movie of my life would be... I would like it to be Scarlett Johansson but it would more likely be someone like Peter Kay

The song that makes me dance is... 60s girl band songs like He’s a Rebel by The Crystals

The song I would have played at my funeral would be... Who Knows Where the Time Goes by Sandy Denny and then maybe I Want to Break Free by Queen

The best place I've ever been... Africa and New York for very different reasons

The place I have to visit before I die is... South America. There are so many places I want to see there and I’d love to live in California for a while at some stage

The last person I talked to on the phone was... my lovely musician friend Steve Toner

The last text message I received was from... Cara Cowan my sister-like friend and an amazing musician who is moving away to London this week. I’m very sad

If I was a politician I would... invent something that made injustice disappear - I can't stand people who use their power to do bad things

If I won the lottery I would... travel around the world with my band and give loads of money to amazing organisations like the Oh Yeah Centre and the Black Box who have given me so much support over the years

If I could describe myself in five words they would be... adventurous, ambitious, scatty, confused and determined

If I could invite five people (living or dead) to a dinner party they would be... maybe Sir Edmond Hillary, Zooey Deschanel, Meryl Streep, Tom Waits and Bob Dylan

If I could change one thing about South Belfast it would be... more sunshine

My favourite thing about South Belfast is... the cultural diversity