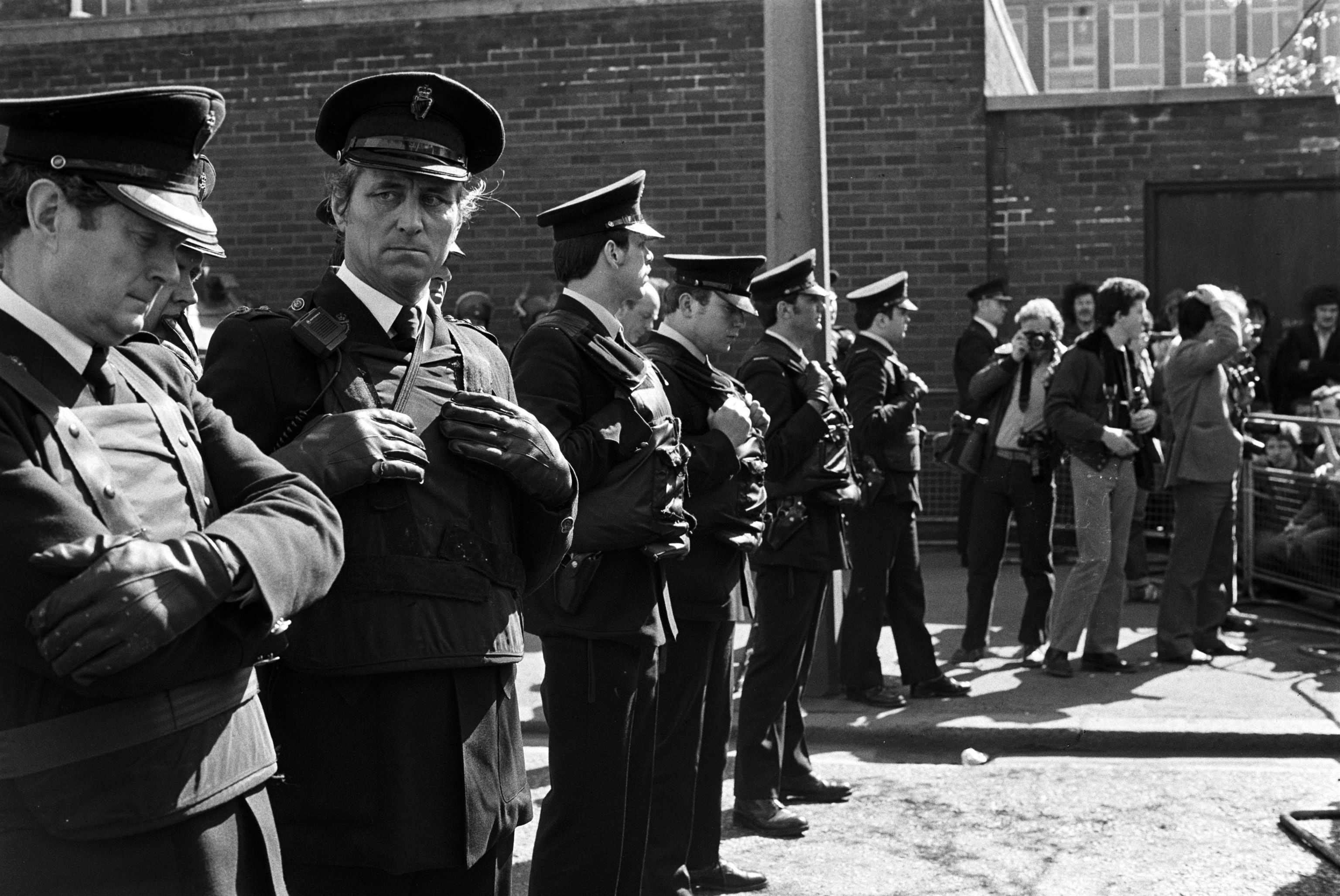 Paul Larkin reviews Anatomy of a Killing: Life and Death on a Divided Island by Ian Cobain.

The art of the literary review is ancient, but really came into its own with the rise of the newspaper as a worldwide phenomenon. Critics, as they are now called, play an esteemed role in social discourse and the book review is an art form in itself. For all those reasons of enlightenment therefore, except in extreme cases, a critic should not set out to destroy or undermine an author.

If a book offends the sensibilities of a critic, he or she should simply avoid reviewing that book. Happily, Ian Cobain’s fascinating, though flawed, book Anatomy of a Killing: Life and Death on a Divided Island (Anatomy of a Killing), is well worth reviewing.

Englishman Cobain is now well known in Ireland due to his important work on the secret state in Ireland and the UK and on the 1971 Ballymurphy killings, amongst other issues. Territory which this reviewer has also ploughed, including the exposure of far right extremists in England.

Cobain’s work on torture as state policy is also correctly praised and this, too, forms an important element in Anatomy of a Killing.

Cobain sets himself a tough task in trying to analyse in fine detail one single murder out of the many thousands that have occurred in the Troubles. Even the question of which victim to choose for investigation is inevitably a loaded device and some readers at least will question his portrayal of the victim – RUC photographer, Millar McAllister – as more or less a bystander in the conflict.

Cobain tells us that when in 1961 Millar McAllister joined the RUC, at the age of nineteen, he was not “taking sides” – it was just a good job. This is a strange statement and implies that Millar was not aware of some basic facts of Northern Ireland life such as electoral and housing discrimination and it also suggests that the RUC was a ‘neutral’ force before the conflict erupted in the late 60s.

Within this traumatic event the description of how a single ASU actually operated when carrying out assassinations is extremely well explained and depicted. Anyone who wants a nuts and bolts view of how the IRA operated in an urban area, should read this book.

Cobain tells us that Millar was “dicked” as the old saying went whilst in the notorious Castlereagh Interrogation centre. Perhaps because Millar’s family did not apparently cooperate with the author, we are not told whether Millar was affected by what was happening to prisoners in Castlereagh, but he must, surely, have been aware of it and continued his work as a police photographer.

He was in this sense ‘taking sides’. By contrast one of the alleged members of the IRA active service unit (ASU) who was convicted of murdering McAllister – Harry Murray, unusually, a North Belfast Protestant – is very much portrayed as taking sides, as are the rest of the core ASU allegedly involved in the murder.

Be that as it may, we thereby have a fascinating contrast between two Northern Ireland Protestants who were engaged in opposite trajectories and the author describes this and the apparent nature of these two characters very well.

Just as fascinating is Cobain’s description of the IRA’s dramatic switch in tactics from a uniform Brigade type structure to a far more fluid organism, with independent cells directing their own ASUs. This switch is very well explained by Cobain and he places Gerry Adams at the centre of that switch, as the author of the mid 1970s Staff Report, which effectively engendered these changes. (Adams himself has acknowledged authorship of this report, the author points out.)

It is one of the clearest descriptions of Gerry Adams’s central role in the IRA during this period that this reviewer has seen.

However, despite a fairly entertaining pen portrait of the bumptious Roy Mason, Cobain is surprisingly weak on British strategy in the 1970s. In the kindle version of the book that this reviewer has read at least, there is no mention of Sunningdale whatsoever, nor the spook sponsored coup in 1974 that destroyed that peace intuitive by way of a loyalist strike and the Dublin and Monaghan bombs.

As with the often state directed loyalist murder campaign, the South of Ireland is barely mentioned, with all the focus being on the Six Counties, which the author wrongly calls a “Province”. This reviewer lives in Donegal in the Province of Ulster, which also embraces the Six Counties. Quite why journalists and authors have historically adopted solely Unionist and inaccurate terminology to describe Northern Ireland is baffling.

The British playmakers, meanwhile, on what Cobain, at one point, calls the “mainland” are very much portrayed as exasperated onlookers to the conflict, when in fact the covert wing of British policy was highly engaged and hawkish where Ireland was concerned. It’s a shame that the author gives us such long and wobbly stretches of analysis that we almost forget about Millar McAllister to whom we return not far from the halfway stage.

The more so because this central story in the book is gripping and the denouement of the actual murder as terrifying as one would expect. This reviewer is on record as stating that the murder of people – on all sides - in front of their children was one of the worst aspects of the Troubles and Millar McAllister’s murder at his Lisburn home in April 1978 is no different.

Within this traumatic event the description of how a single ASU actually operated when carrying out assassinations is extremely well explained and depicted. Anyone who wants a nuts and bolts view of how the IRA operated in an urban area, should read this book. The author says he uses material such as court documents, police interrogation depositions, forensic reports, newspaper articles, passages from books and then a very detailed account from at least one of the actual gunman, Harry Murray, regarding events on the day itself.

This came as a shock to your reviewer, as I had assumed all the way through the book that Ian Cobain had pulled off the rare coup of having former IRA volunteers speaking publicly about a murder operation.

However, as a reviewer and reader of the book, It is not for me to judge exactly what was agreed or not agreed between the people concerned, even after speaking to some of those named, as I have done.

Overall, Anatomy of a Killing is worth buying, or borrowing from a library or friends. Not least because of Cobain’s clear account of the torture practices that were in use by the RUC in Castlereagh in the 1970s and the related fact that interview notes from that same establishment in this period cannot be relied upon in any way. Cobain presents clear evidence of the torture and physical abuse of the alleged ASU team that was arrested en masse over the murder of McAllister.

Thus it is not just the ghost of Millar McAllister that haunts this book but also that of Brian Maguire, one of those questioned  by the police in relation to this murder, who was found hanged in Castlereagh in what has officially been described as a ‘suicide’.

Anatomy of a Killing: Life and Death on a Divided Island. Ian Cobain. Blackwell's. £18.99..