Boxing: Agyarko makes it a perfect 10 with first title in the bag 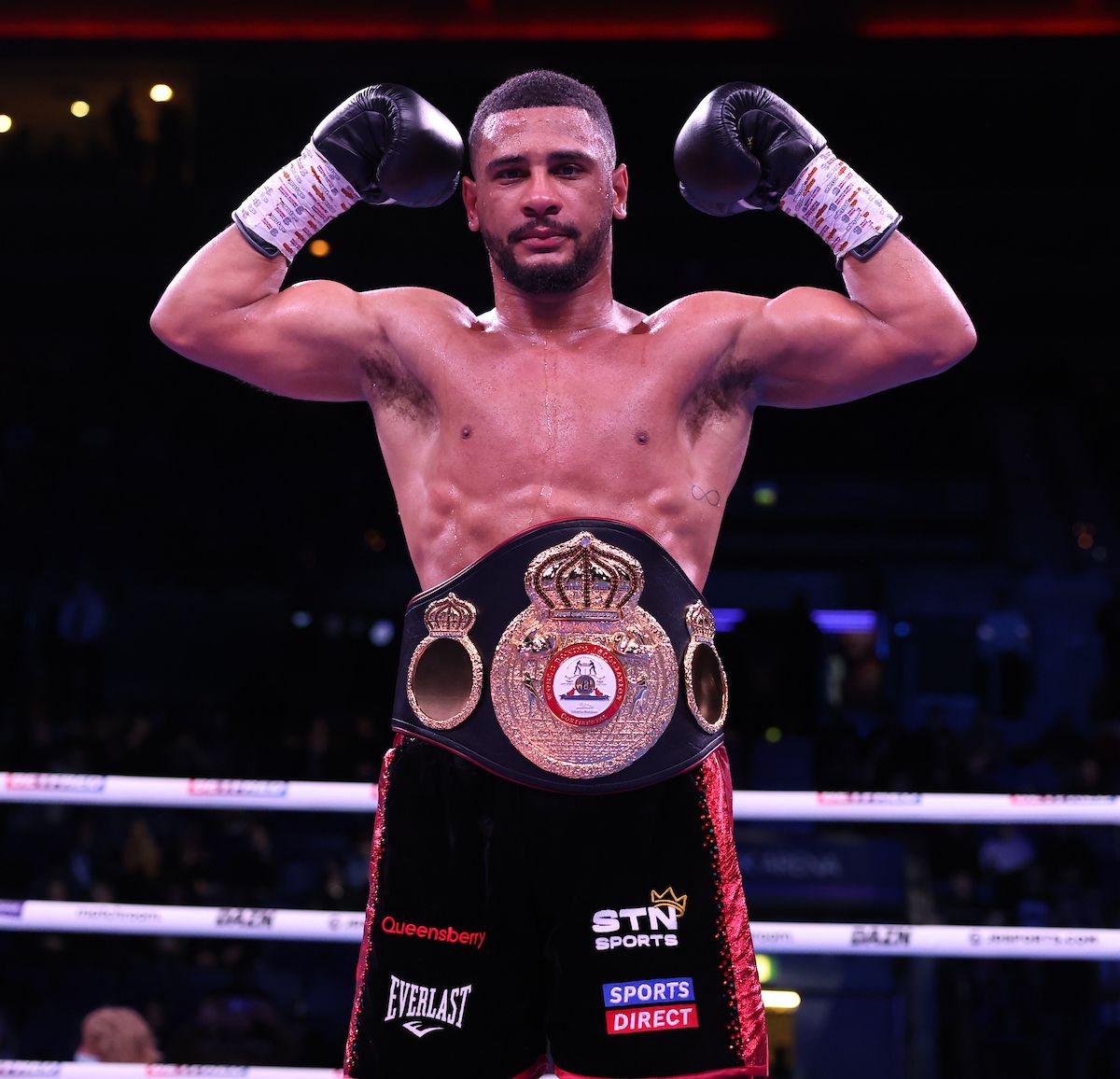 A FIRST career title and a likely world ranking was the reward for Caoimhin Agyarko on Saturday night as he claimed the WBA International middleweight title with a ninth round stoppage over the previously undefeated Noe Larios Jr.

The West Belfast man was making his first appearance as a Matchroom fighter and he improved to a perfect 10 professional contests with this victory that saw him break down the sturdy Mexican-American with an accumulation of heavy fire that culminated in the finish.

"I've been inactive this year - only been out once - so I felt a bit of ring rust in there, but once I got going I showed what I was capable of," he said after.

"I'm happy, glad to pick up my first belt and it was a good performance.

"I could maybe have gone through the gears a bit earlier, but as I said, I've only had one fight this year and there was a bit of ring rust."

Agyarko wasted no time in getting down to business, landing two heavy jabs immediately against his taller and longer opponent. He was putting spite into his shots and was just off with an uppercut in a good opening round.

Larios had his chin tested with a thudding left in the second and again with a hard right as Agyarko began to close the distance, but the Mexican was sharp and tried to draw the Belfast man into the danger zone to land counters.

However, Agyarko was sharper, varying his work with solid rights, lead lefts and was beating Larios to the punch, driving him back as he switched from othodox to southpaw and back on a number of occasions.

Larios was beginning to look a bit ragged and out of ideas by the midway point but to his credit, was taking thee heavy fire coming his way including a beautiful uppercut in the sixth.

To his credit Larios stuck with it and did land a couple of decent shots to the body, but this fight was only going one way and the end came in the ninth round when the accumulation of previous shots seemed to catch up as Agyarko landed yet another solid left to the jaw that sent Larios staggering back onto the ropes and with a barrage of heavy fire raining in, referee Howard Foster mercifully called a halt after 2.08 of the round.

"I couldn't really find my rhythm early on but found it with the jab and let my hands go," he added.

"I'm a great body puncher, but didn't land many clean body shots in there tonight.

"He was awkward with his stance so it was tough, but it was a good performance and I'm glad I got the win."

There were some complaints that Foster was a little too eager to jump in, but it was also evident that Larios was hurt and shipping some heavy fire and the Turf Lodge man agreed that it was the right thing to do as he was in an unassailable lead and was beginning to tee-off.

"He was very tough and I caught him with a lot of big shots early on," he reflected.

"I'm a great finisher and I couldn't go through the gears to get him out other early, but what a chin.

"I've been hurting people in sparring and putting them down and if you watched my fights before, once I land and hurt you it's over, but far play to him: he stuck in there and took some big shots.

"As soon as I landed and hurt him, I landed three more big shots clean and knew the referee was going to step in.

"He already took a lot of heavy shots, so what was the need for him to go on? I think my coach said he might have won the seventh round as I let him in ,but he wasn't going to win the next two as he was done, so was there any need for him to go on and take more punishment? No.

"I think the referee made a great decision. It's his job to protect the fighter and for me it was the right decision."

Having now enjoyed the start of a new chapter in his career under Paul Ready's management, Eddie Hearn's promotion and DAZN's exposure, Agyarko is looking forward to a big 2022 where the plan is to get him fighting back in Belfast and with a ranking belt, it could be the year when he breaks out into becoming a major star in the city.

"I've enjoyed the experience from the press conference, media day, public workouts and all that stuff," he confirmed.

"I'm on this new path, a new chapter in my career and looking forward to it. I had 150 Irish fans who travelled over and I want to thank them. I heard every single one of them, so that steered me on towards the end.

"It's great to get my first title. It's been a bumpy road for me and everyone knows my story. I've had a tough road to get to where I'm going. I've been dedicated and trained really hard, so to get that title means everything to me."

On the same card, Katie Taylor retained her undisputed lightweight crown with a unanimous decision (98-92, 97-92, 96-93) but was made to work for it against Firuza Sharipova.

The Bray woman had to dig deep at times as the Kazakh looked to make the most of her opportunity, but after a decent start, a solid right from Taylor in the fifth underlined the difference in class on a night when her jab and not the trademark rapid combinations proved crucial.

It was far from a vintage performance from Taylor who benefitted from her opponent being docked a point in the sixth after hitting long after "break" had been called and was doing enough to stay ahead, but was forced to weather a final round storm as Sharipova threw everything at it.

Still, Taylor had done enough on the night and improves to 20-0 as a professional with a potential superfight against seven-weight champion Amanda Serrano next spring still on course.