Boxing: Conlan relishing trip into the lion’s den against Wood 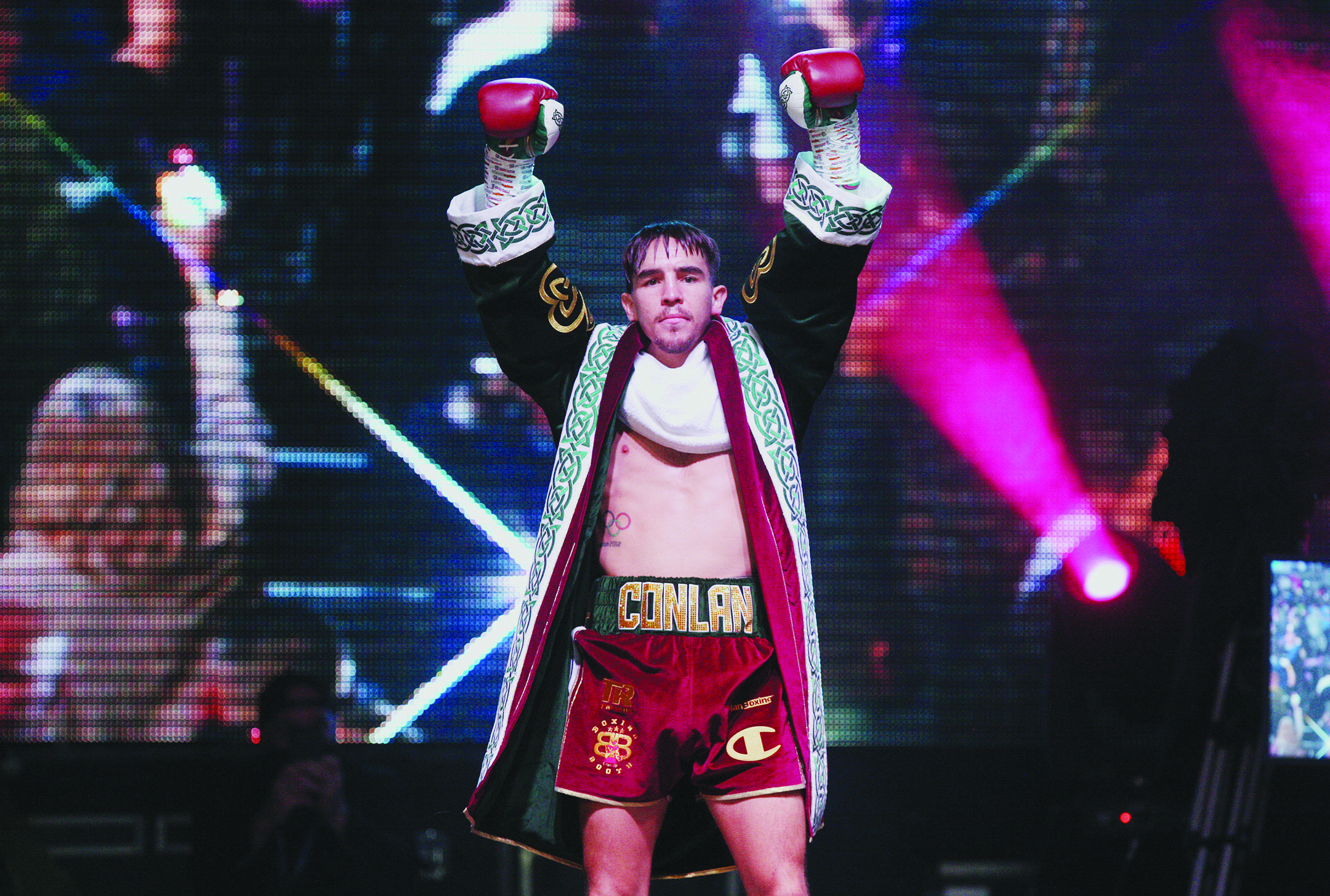 MICHAEL Conlan says he will relish going into the “lion’s den” when he challenges Leigh Wood for the WBA featherweight at the Motorpoint Arena in Nottingham on March 12.

The match-up between the pair was confirmed last month when Eddie Hearn’s Matchroom Boxing won the purse bid to host the fight, but there had been uncertainty jas to where and when it would happen.

It’s understood that Hearn, Wood’s promoter, was keen on staging it in Belfast, but that move was objected to by the champion who was also not sold on making the first defence of the title in New York.

Instead, the 33-year-old will get his wish of fighting in his home city and Conlan believes that capturing the title on enemy turf will make victory all the sweeter.

“It’s no problem. I’ll go to the lion’s den and I’m happy enough. I’ll go and rip the title from him and that will make everything so much better, so I’m looking forward to it.”

Wood was hugely impressive when claiming the title against Can Xu back in July with a 12th round stoppage having dominated the fight and the West Belfast man is under no illusion as to the size of the task ahead.

The Nottingham man is a solid boxer, while also possessing power in his fists that Conlan will need to be wary of.

Despite all of that, the former world amateur champion is fully confident he has the tools to out-fox the champion and despite being the man in the away corner, believes he has plenty of experience to deal with what will come his way.

“I always perform better when I’m the underdog and my back’s against the wall,” he stressed.

“I think I’ve shown that many times throughout my career and even now as a pro, my biggest fights were when there was a bit of doubt against me and I would always go in there and perform, especially in my last one (against TJ Doheny).

“Against Nikitin, it was the same. I went in there with a mindset of Rocky 4, going up against the Russian, and that’s my mindset for this one.

“I have been thinking about it that this is my Ivan Drago and I have to go in there and rip the belt away from him. When I’m in that frame of mind, there is no stopping me.”

Conlan may be away from home for this assignment, but expects that there will be plenty of travelling fans in the arena there to roar him on.

That would make for an electric atmosphere but it will take a lot more than that for the Falls man to prevail and he is aware that he must deliver his best performance as a professional to have his hand raised.

“I’ll have everyone from the road there,” he predicts.

“Leigh Wood is my toughest fight and I’m not going in underestimating him, but I’m going in there very confident, speaking how I want to speak.

“I know the task at hand is a big one and what kind of form I need to be on for it.”