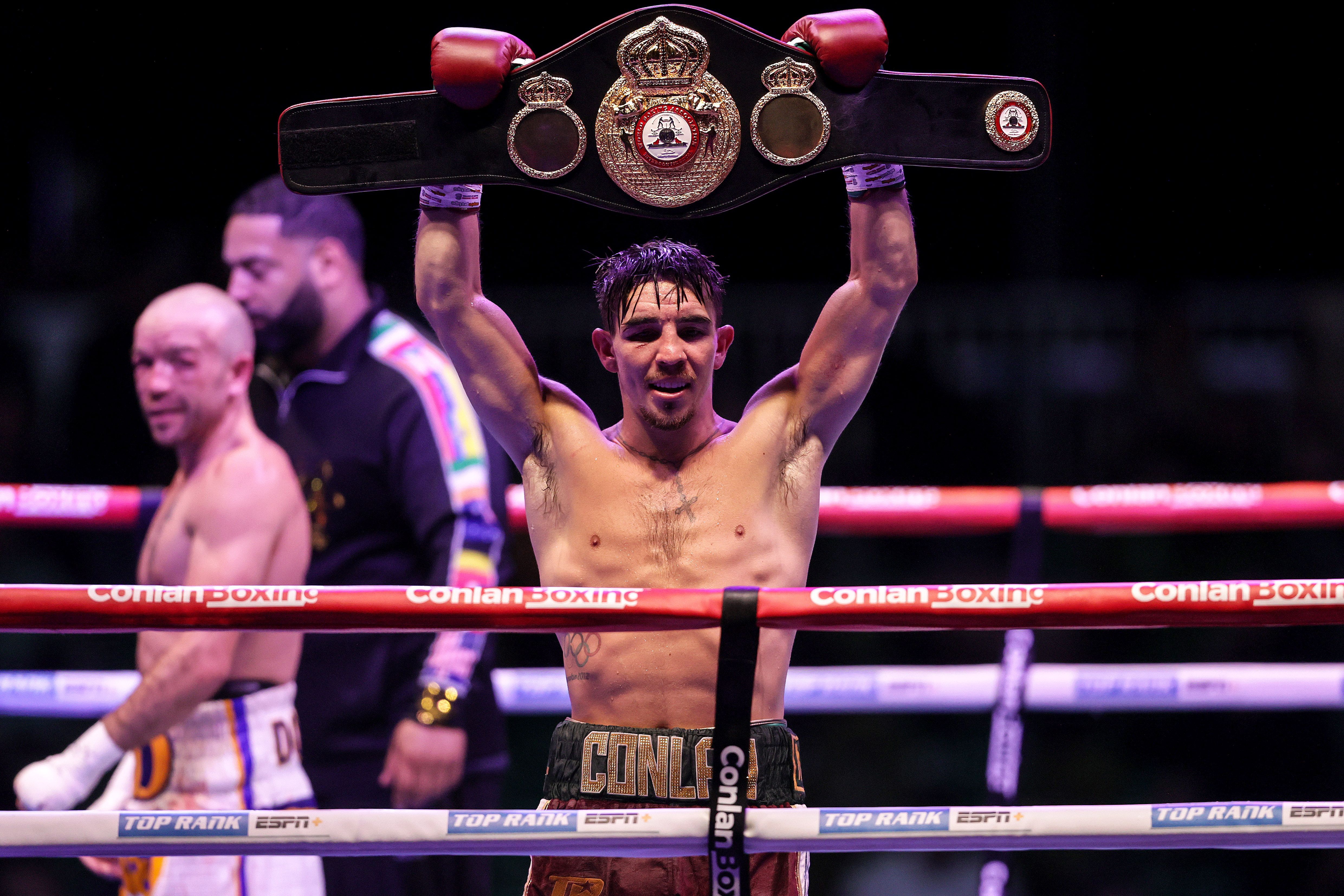 Michael Conlan looks set to challenge Leigh Wood for the WBA featherweight title in December, with the fight potentially taking place in Belfast.

Earlier this week, the World Boxing Association (WBA) decreed that it was to reduce the number of belts with 'interim' champions - of which Conlan became when defeating TJ Doheny at the Falls Park earlier this month - now either elevated to champion or set to box in a final eliminator.

According to ESPN's Salvador Rodriguez, the pair are due to meet next and belfastmedia.com understands the WBA have elevated Conlan to mandatory challenger with an agreement to be reached between all parties within 30 days from now (Friday) or else the matter will go to purse bids.

Wood vs Conlan for WBA regular 126 and the winner faces Santa Cruz, who returns in december to featherweight.

Leo Santa Cruz holds the WBA's featherweight 'Super' title, but 'El Terremoto' hasn't defended the belt since a points win over  Rafael Rivera in February 2019. Since then, the Mexican-American has had two outings including at super-featherweight and then lightweight in a decisive KO loss to Gervonta 'Tank' Davis in October of last year with no indication as to whether Santa Cruz will return to the ring, never mind at 126lbs, so therefore it is likely the winner of Wood-Conlan will succeed that crown.

Wood caused a stir when stopping Xu Can at Matchroom's 'Fight Camp' in July to claim the regular belt and there were suggestions a rematch clause would be invoked, but that appears not to be the case with Conlan now set to face the Englishman instead.

Earlier this month, the Falls Park was rocking as the West Belfast man scored a career-best win with victory over former IBF super-bantamweight champion TJ Doheny and it could be another big night in Belfast for the former world amateur champion prior to Christmas.

Earlier today (Friday), Conlan Boxing announced it would be hosting three major shows in the city over the next 12 months with December due to be their first of that run, so should negotiations go as planned over the next month, a world title showdown will be an early Christmas present for fight fans who had been starved of action for 18 months prior to the Féile Fight Night.

There are still some issues to be resolved, however, with Wood contracted to Matchroom and broadcaster DAZN, with Conlan's US broadcast deal with ESPN through his promoter Top Rank who have also tied up with Sky Sports in Britain and Ireland.

Still, it is expected this is not a major stumbling block and a full announcement could be reached before the purse bid deadline.