Boxing: Drogheda world champion Gogarty to be honoured with a statue in her hometown 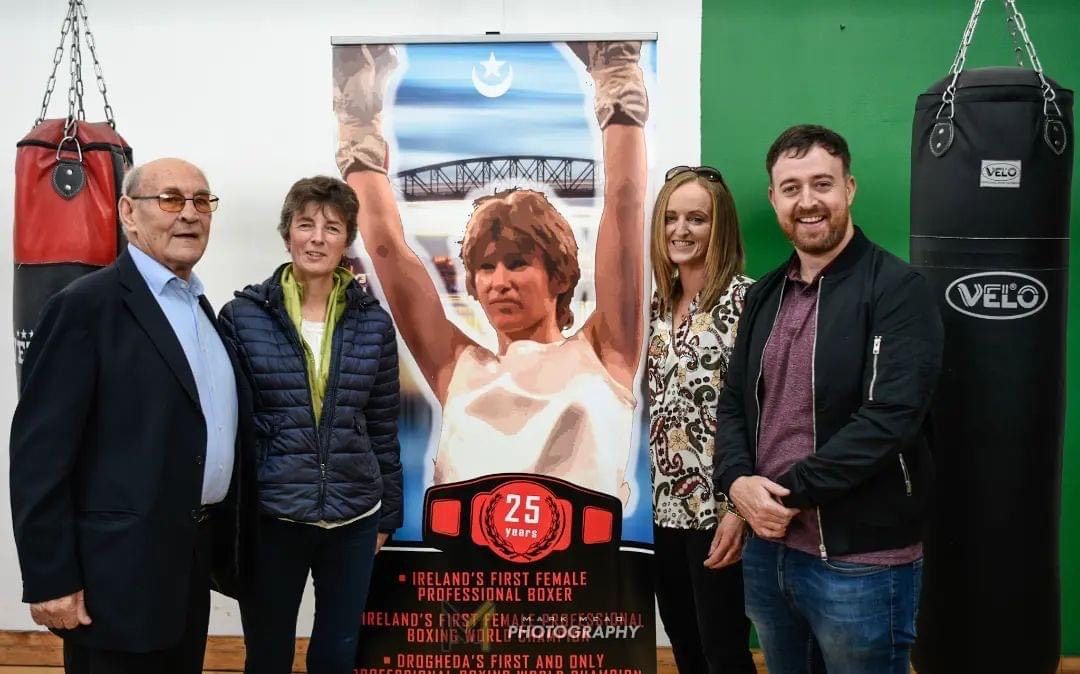 A trailblazer for women's boxing in Ireland, Drogheda native Deirdre Gogarty became the first female to win a world title as pro.

Her exploits inspired many others to pull on the gloves including Katie Taylor who has gone onto global superstardom as the present pound-for-pound number one and in her hometown, the Deirdre Gogarty Legacy Committee intend to erect a statue in her honour.

In 1991, Gogarty stepped into the boxing ring at the back of The Shannon Arms in Limerick for an ‘illegal fight’ that would not only become legendary but would mark the beginning of an incredible fighting career for Deirdre that would culminate in a world title.

This would go down as the first boxing bout on Irish soil between two women, although it was unsanctioned.

“I cannot begin to express how thrilled I am about the potential of a statue in the place where my journey began," said Deirdre.

"In my days as a young woman, cycling through Drogheda on my way to the boxing club, I had such big dreams and ambitions. It was a very exciting time, but unfortunately my future as a boxer looked very bleak, when door after door would slam shut against women’s boxing in 1988.

"When Drogheda put up the statue of Tony 'Socks' Byrne, I was in awe. I wanted to accomplish great things like Byrne’s Olympic medal, but women were not allowed box amateur, or in the Olympics back then, which was hugely frustrating.

"I made the difficult decision to leave Drogheda, turn professional, and move to the United States.

"Eventually, I fulfilled my dream of winning a world title, just like my idol Barry McGuigan. However, it would’ve been in vain if I weren’t able to break down barriers for other female boxers.

"So in the same way that I was inspired by Byrne’s statue, I hope that my statue will remind others that the most important factor in pursuing a dream is, persistence is everything.”

Unable to get a boxing licence in Ireland, she made the difficult choice to move to the USA and turn professional to chase a world title. This made Deirdre the first female professional boxer ever in Ireland.

Just five short years later, Deirdre would step into a very different ring in the MGM Grand, Las Vegas, for a fierce fight against Christy Martin that would become the spark to ignite much-needed change for women’s boxing. This would be the first all-female bout to take place on a PPV boxing card which was headlined by Mike Tyson versus Frank Bruno II.

This changed the face of women forever. Despite losing the bout it was a win for women’s boxing and became respected in the sport.

“Deirdre Gogarty was tough as nails in the boxing ring and together we changed the world of women’s boxing," said Martin.

"For that alone, I think a statue is only fitting. Deirdre Gogarty is a champion in and out of ring and it is a privilege for me to call her my friend.”

Just a year later, Deirdre reached her dream of becoming a world champion in beating Bonnie Canino in Florida on March 2, 1997, for the featherweight world professional title.

Since retiring in 1998, Deirdre has been recognised for her achievements in the boxing world by being inducted into the International Women’s Boxing Hall of Fame in 2015.

Deidre Gogarty was irelands first pro female champion. Katie Taylor used to write letters to her when she was 11 years old and was her idol! The committee of the Deirdre Gogarty legacy Committee have come together to try raise the funds to have a statue!https://t.co/4ZALaIb9zo

Despite being a trailblazer for female athletes, becoming Ireland’s first female professional boxer and professional world champion inspiring the next generation of great fighters like Katie Taylor who used to write to Deirdre as a young girl, Deirdre Gogarty has yet to receive the recognition in her hometown of Drogheda she deserves, recognition worthy of her incredible sporting career.

Monasterboice native Ciaran McIvor of the Boxing Bants podcast has spearheaded a committee who are now working hard to have a statue of Deirdre Gogarty erected in her hometown where her story began. The committee, which is made up of Natalie Kelly of the Drogheda Dolls, Louth County Councillor Joanna Byrne, Sinéad Brassil (LMFM radio) and David Thornton (Drogheda Boxing Club), has received a lot of support for this campaign already, and are kicking off their fundraising with a gofundme page that is now live and open for donations.

"She was a true pioneer for women in boxing and one of my heroes growing up. She's been a huge support to me over the years and it's women like Deirdre and her fights with the likes of Christy Martin who paved the way for myself and the current generation of female fighters.”