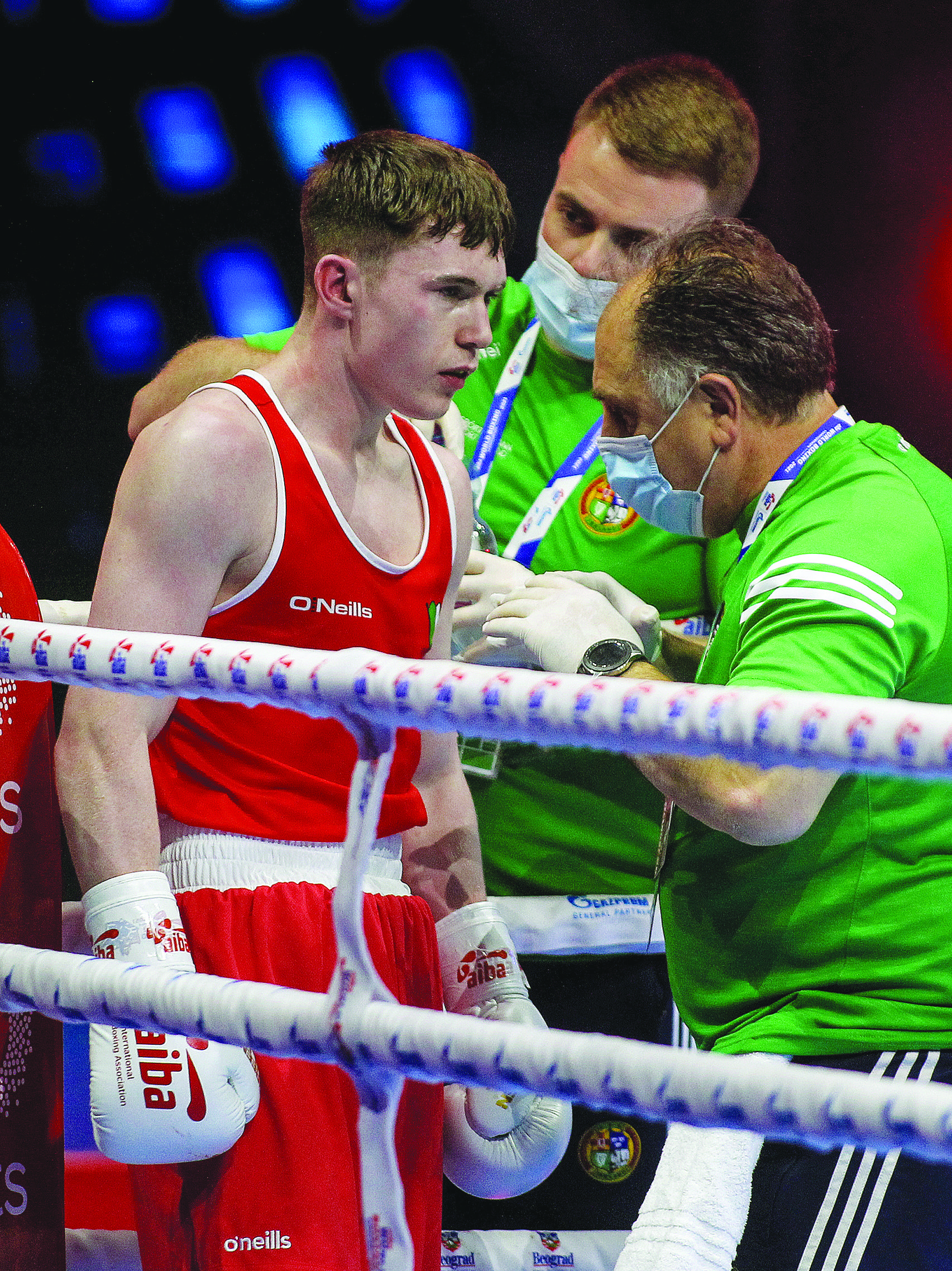 STAR ABC’s JP Hale will be hoping to get a busy summer off to a positive start when he competes at next week’s European Elite Boxing Championships in Armenia.

The 21-year-old Irish lightweight champion is part of a 10-strong Irish team that will have designs on making a splash after the Irish women secured two medals at this week’s World Championships.

Hale will also box at this summer’s Commonwealth Games in the 63.5kg category that is an Olympic weight, and while it is a very busy schedule, it’s exactly the way he likes it.

Preparations were ramped up at a recent training camp in Italy and the North Belfast man believes he is ready to push on after a massive nine months that saw him claim national honours and compete at the World Championships last year.

“It’s been a rollercoaster,” he agreed.

“Everything has been thrown at me at once but that’s what I want - to get all of the experience I can.

“We are ready for this and have had a good training camp. The sparring was great and everyone was boxing well, so I’m feeling sharp and ready.

“It was an eye-opener at the Worlds. Just seeing so many number ones about was a case of taking it all in and you end up thinking ‘so this is what it’s like’.”

The Commonwealths come straight after and that’s music to Hale’s ears as he is a man who is eager to see as much action as possible.

The step-up to the new light-welterweight limit of 63.5kg will also suit as he continues to mature physically and with a very tricky route to qualify for the Paris Olympics beginning next year, Hale wants to cement his status as the number one in his weight with plenty to show both internationally and domestically before this year is out.

“There’s no waiting about as after the Euros, you’re straight into the Commonwealths,” he agreed.

“The lads have always said I was big for 60 and even now, big for 63.5, it will be a good fit as I’m strong at the weight. I was sparring others at the same weight including Americans out in Italy there, so I’m feeling strong for it.”

Joining him in Armenia is Dylan Eagleson from St Paul’s ABC.

The European U22 bronze medallist is touted as one of Irish boxing's rising stars and he too will go on to fight at the Commonwealth Games, but gets his chance at a major international that he hopes will be the start of a successful summer.

"They (Euros) are a great warm-up for the Commonwealths as you're up against top athletes," said the Bangor native.

"It's great to get the fights to stay sharp as they will have me ready for the Commonwealth Games."