Boxing: History made as the Walsh siblings qualify for Tokyo 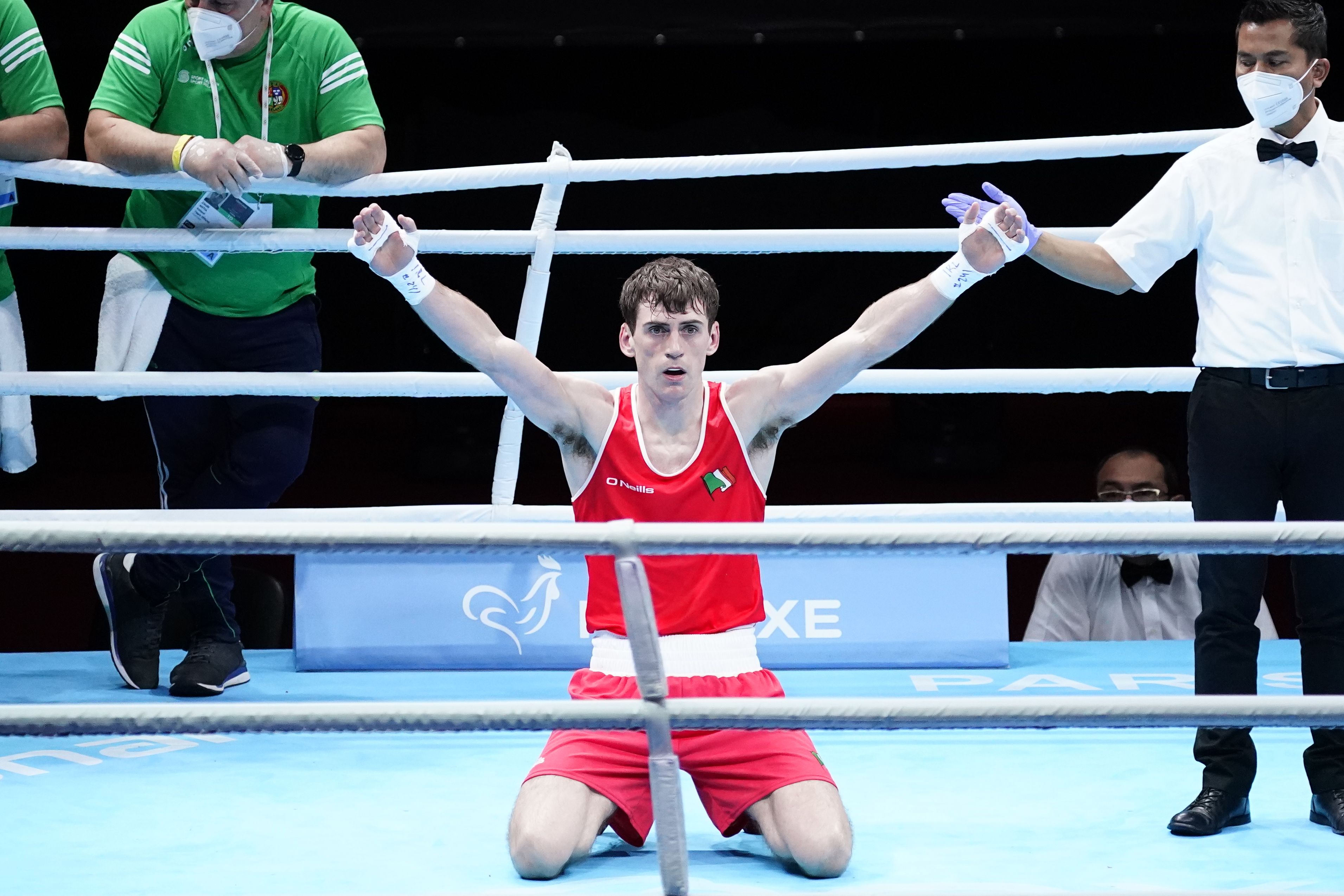 OLYMPIC history was made at the European Qualifier in Paris as for the first time, a brother and sister combination will compete in the boxing tournament as both Aidan and Michaela Walsh punched their ticket to Tokyo.

Michaela greets her Brother Aidan backstage with his ticket to Tokyo after his fight. #StrongerTogether

The Black's Road siblings were both in quarter-final action knowing that victory would assure their place at the Games and whilst the pair knew they would have a second chance via box-off if defeated, they both finished the job at the first time of asking.

Both entered the ring knowing a win, or a victory through the back door of a box-off against defeated quarter-finalists would do, but both rose to the challenge and sealed one of the six places on offer at the first time of asking.

Big sister Michaela got the ball rolling with a unanimous decision with against Sweden's Stephanie Thour in the women's featherweight class and less than an hour later, 24-year-old Aidan showed grit to earn a split decision victory over Yevheni Barabandy from Ukraine at welterweight.

"It's just unreal - I can't put it into words," said their Monkstown ABC coach, Paul Johnston.

"For them to qualify as a brother and sister is amazing. They have taken their knocks, but it's years of resilience and proving their potential.

"This really couldn't happen to two nicer boxers or people. They are exceptional human beings and deserve everything they have worked so hard for."

First up was 28-year-old Michaela in the women's featherweight division who was just too good for Sweden's Stephanie Thour as she romped to a unanimous decision (30-27 x 4,  29-28), boxing beautifully off the back foot from the off the sail home.

It was a quiet start to the fight with both warming to the task, but Walsh was that big sharper as she scored with counters and landed a flurry to take the opening frame on four of the five cards.

The second round saw the Monkstown ABC fighter really get into her groove with clever movement giving the Swede little to aim at and punish any openings as her economy of work saw her land cleanly and again dominate, this time sweeping the cards to leave her on the brink of a semi-final place.

Thour knew she needed to produce something special in the final round to turn it around and came out aggressively, but just couldn't translate that into dominance as Walsh was simply too good and clever to land the better shots and seal victory, a place in the last four, but more importantly, an Olympic berth.

Less than an hour later, it was the turn of younger brother Aidan to step between the ropes as he faced Yevheni Barabandy from Ukraine at welterweight.

It was an identical task as a place in the semi-finals would secure one of the six places on offer for the Olympics and he yet again proved his worth with a polished performance to edge home on a 3-2 split decision.

The 24-year-old was quickly into a groove with his silky skills, movement and sharp boxing dazzling in the opening round as he was simply too good for Barabandy and got off to the best start by banking the opening round with his counters catching the eye.

It was a little different from then on in as Barabandy upped the ante and drew Walsh into a real battle with both trying to impose their will on proceedings.

It was a lot more ragged as the round was dominated by holding and both were finding their work blocked by the other as little by the way of clean work was evident, but Walsh had one just enough on three of the five cards to leave himself in pole position going into the last.

The final round was agin quite scrappy with the Ukrainian stepping on the gas, but Walsh was content to move backwards and try to counter of spoil the work of Barabandy as he knew he was so close to victory.

It was a clever tactic as again he won over the majority of the judges and in doing so, ensured he won the bout and joined big sister Michaela on the flight to Tokyo where they will become the first brother and sister in Olympic history to box at the same tournament.

"I'm over the moon," Johnston added.

"There aren't two athletes who deserve that success as much at them.

"They have given their lives, dedicated everything towards this Olympic goal, so I'm just so happy for them. It's a great achievement but hopefully they will go and get a medal, which is the real target now. The goal was to get to the Olympics and now it's to get to the podium."

The tournament began in London back March 2020, but was abandoned as Covid-19 put all of life's plans on hold.

Aidan had won his opening bout but was forced to wait almost 15 months before taking on France's Wahid Hambli on Friday and advanced to yesterday's quarter-final.

As for Michaela, she didn't get the opportunity to box in London as the tournament was cancelled before her opening bout, but victory on Friday against France's Mona Mestiaen saw her off to a good start and seemingly through due to her ranking points that meant the added places on offer for world boxers couldn't be overtaken.

That was not 100 per cent certain and she removed all doubt yesterday against Thour with aplomb - a victory earned through skill but also mental toughness to park the outside distractions.

"The key was to avoid the back-door route and do it in the ring," said Johnston.

"She grasped the opportunity with both hands and proved she has that exceptional strength of character. All the hard work has paid off and she got what she deserves.

"They are very focused and disciplined so while the goal remained the same, the plan changed a bit.

"They were due to box in London and I was out there at the time. I got to see Aidan's fight and then the tournament was cancelled. The target was to qualify but now they will want to medal."