Boxing: McComb back to light-welterweight for this week's return 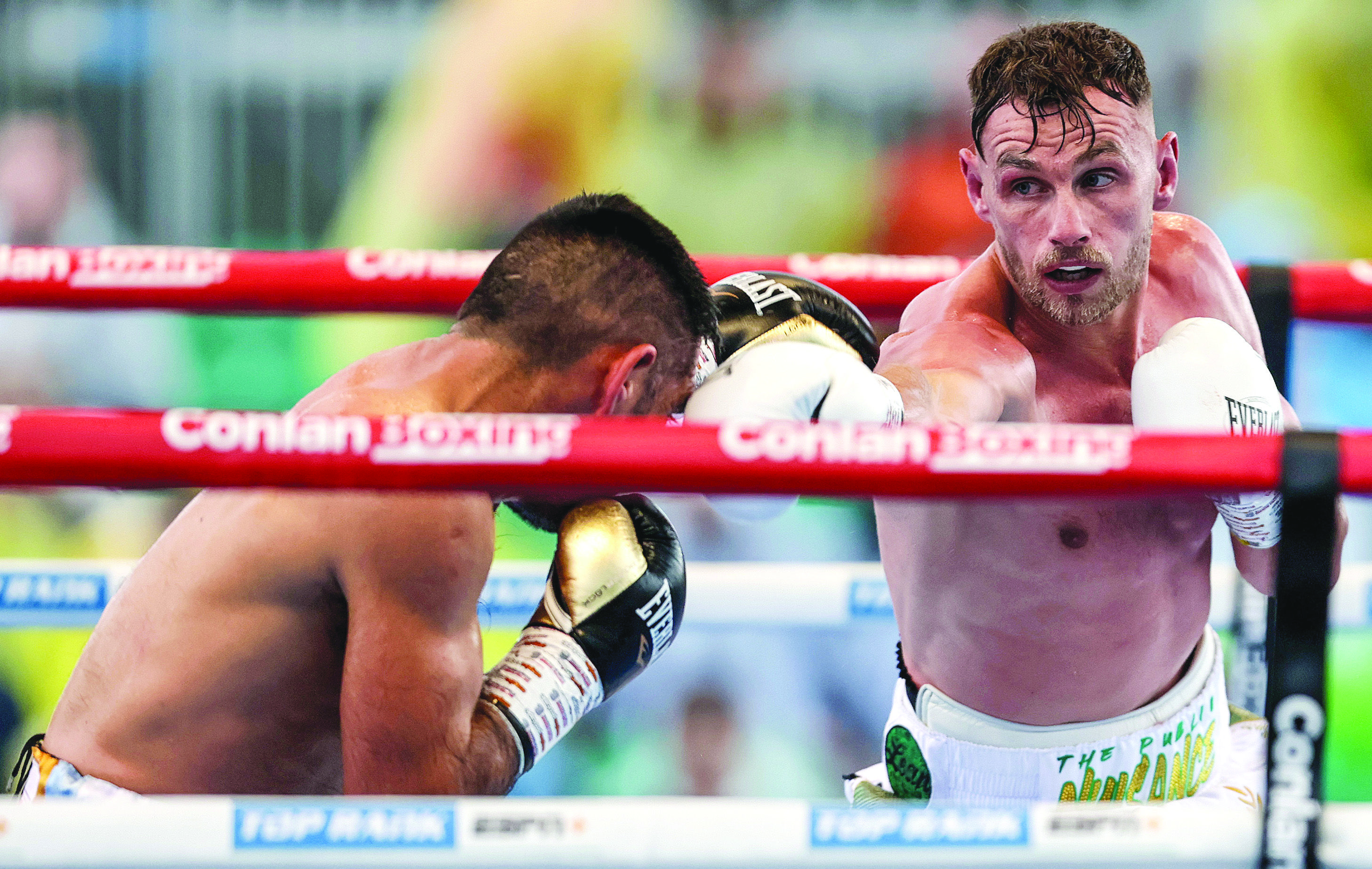 IT will be Sean McComb 2.0 at the SSE Arena on Saturday night when he returns to action for the first time in nine months.

The Turf Lodge man has opted to return back up to the light-welterweight division after a brief spell at lightweight and he believes he will be much sharper with the extra weight.

While this may be an exercise in shedding the ring-rust ahead of what he hopes is a crack at the Commonwealth title in autumn, it is also a case of starting what he hopes is run of regular and meaningful action.

This will be McComb's first fight at the SSE Arena and the 29-year-old southpaw is aiming to put his stamp on the card with a fine performance.

“There's a good chance of a shot at the Commonwealth title later in October, so we'll just have to see how that pans out although I've been accepted for it by the Commonwealth Council,” he revealed.

“It was due to have an eliminator against Kaisee Benjamin, but he is getting a fight for the British title instead.

“This will just be a six-rounder to get the cobwebs off as it's been a nightmare of a year. It's my first fight at the Odyssey (SSE) so I'm looking forward to it.”

To say this year hasn't gone smoothly would be an understatement as McComb was left to pen a new management deal following the collapse of MTK Global and he did so with Lee Eaton who has set up his own organisation.

A fight with Ohara Davies was agreed but then fell through, a common theme with fights arranged and then falling apart again.

It could have been easy to just take a step back until there was some certainty, but he continued to work in the gym and believes he has made huge strides over the past nine months with coach Pete Taylor.

The questions finally have an answer!

Roll on I am itching to get back!

“I'd agreed to the contract, the purse bids had been agreed and everything seemed set, but the fight didn't happen as he got a different opponent,” he said of the planned Davies fight.

“That was a bit of a nightmare as a win would have put me right back in the mix and I know for a fact I was going to beat him.

“Four or five times throughout the year, opponents fell through or shows were cancelled, so I've been all over the place.

“The only reason I didn't throw the head up its because I was enjoying Pete's training so much and have been in too good form to take a break. It sets me up for a good performance here and hopefully I can carry that into October.”

Prior to the November win over Ronnie Clark, McComb death with former world title challenger Vicente Rodriguez with minimum fuss at the Falls Park - exactly a year ago on Saturday.

Those two victories over solid opposition suggests he was ready for a step back into a title fight and now back at 140lbs, the toil of shedding the extra weight is not there and he believes he is in a very good place for the challenge on Saturday and then what he hopes is a title shot in October.

“Last year at the Féile was my first fight back after defeat to Gavin Gwynne and it was a fairly basic performance,” he reflected.

“I just kept it simple and don't think I was hit once against a former world title challenger.

“Another step-up after was against Ronnie Clark who's given people a lot of issues in the past, but I made that easy too.

“The next step was to fight for a good title, but with MTK folding and being left in limbo, I've had to build it up again.

“This is my first time back at super-lightweight and I feel so much better. The weight loss always drains me as psychologically you are always thinking about it and especially cutting weight then fights falling through, but that hasn't been the case this time.”