Boxing: McCrory happy to roll the dice against Periban 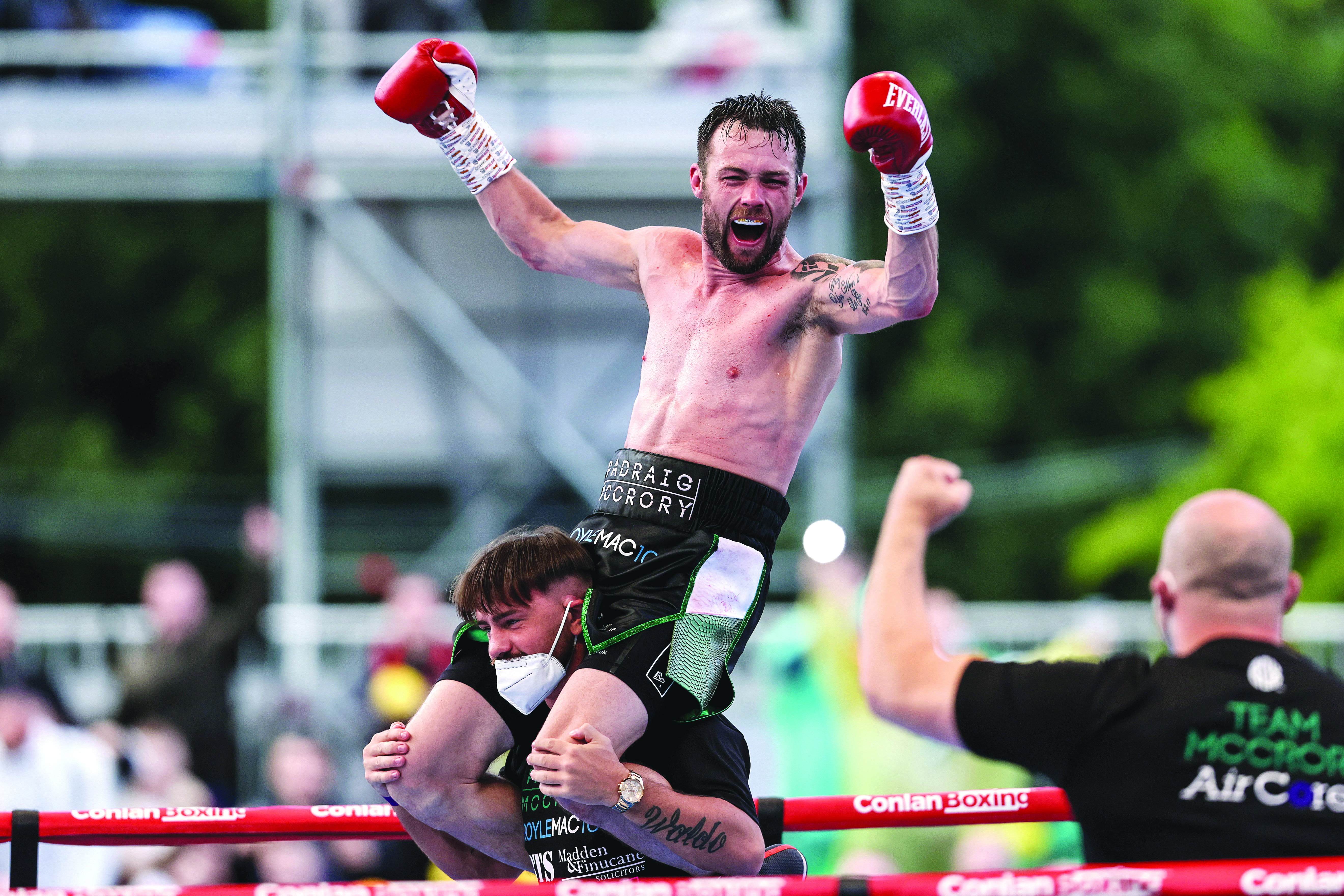 DESPITE a potential EU title fight in the works, Padraig McCrory insists he had to roll the dice at the SSE Arena on Saturday as he steps in against former world title challenger Marco Antonio Periban.

‘The Hammer’ from St James’ has cleared every hurdle he has faced including a career-best victory over the much-hyped Russian Sergei Gorokhov at the Falls Park exactly a year ago.

A hand injury sustained in sparring back in April put the brakes on a big opportunity earlier this year, so the affable 34-year-old has been out of the ring a lot longer than hoped following a stunning win over Celso Neves on November 5.

With the injury healed and his training camp complete without any issues, he’s ready to jump straight back into a big fight against the 37-year-old Mexican on Saturday.

Despite an expected purse bid to be called for a showdown with EU super-middleweight champion Gustave Tamba, he knows he can’t take his eye off the ball

“It’s a good fight against a very experienced opponent who has fought at the highest level - a good test to see if I can progress to where I think I can,” said McCrory.

“He has 17 knockouts out of 26 wins, so he can punch hard and has fought some of the best super-middleweights in the world.

“He’s going to be dangerous and has had plenty of notice for this fight, so it’s not a case of getting him in at the last minute.

“He’ll come here fully prepared and confident of a scalp as it is really his last chance saloon.

“I’m not looking past Periban, but there have been purse bids called for the EU title on August 11, so naturally that would be the next step.

“If a bigger and better fight was offered, I would think about it. But again, I’m just focussed on Periban for now.”

McCrory is perfect through 13 fights and returns to the SSE Arena - the scene of his pro debut in 2017 when he fought early in the night on the undercard of Ryan Burnett’s world title win over Lee Haskins.

This time, he will command a high slot given the stature of this challenge against a man who lost out to Sakio Bika for world honours in 2013, whilst also drew with former two-weight champ Badou Jack and shared the ring with James De Gale, Joshua Buatsi and ‘Canelo’ Alvarez victim, Avni Yildirim.

The West Belfast man has also had decent opposition and his run of impressive victories sets this up to be a thrilling battle between two men who can really punch.

McCrory could have eased his way back into the ring after nine months out, but he is aware the close is ticking and intends to take every chance he can to force the huge fights he craves.

“My last three fights were against decent-level opponents: an English-level fighter who is now a Central Area champion; a tough Russian who I dealt with fairly well; then Swiss champion who I dealt with well,” he insists.

“This is now just another step on a natural progression I need to take and it is the right fight at the right time.

“I was offered different tests, but I just asked for the best name there was available despite being aware of the potential purse bid being called. If I can’t get past Periban, then I probably shouldn’t be fighting for a European title.”