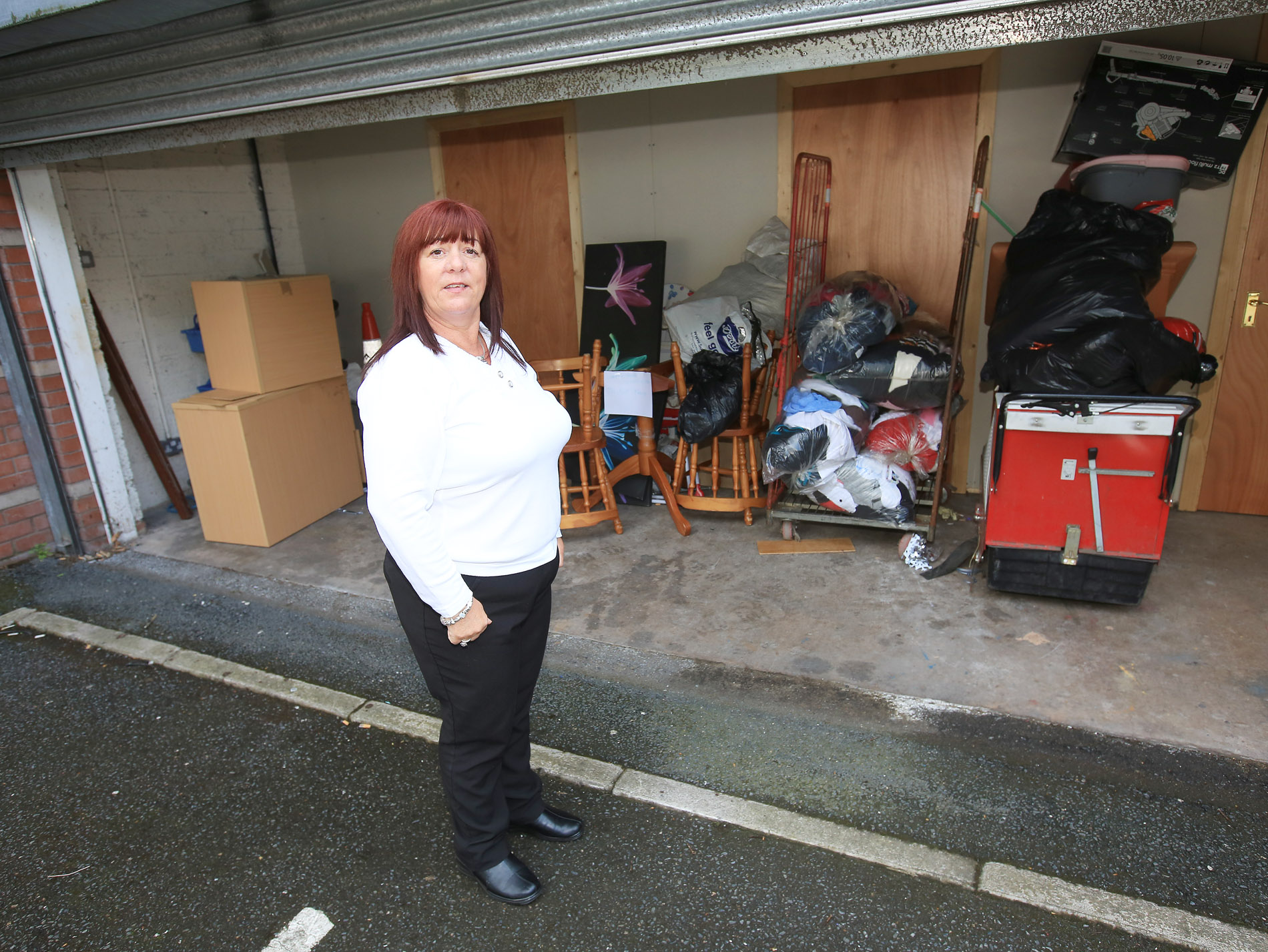 A pair of shameless thieves have stolen bags filled with stock from a Belfast charity shop – throwing the future of the business into doubt.

The brazen twosome were caught on CCTV driving into the rear area of the What’s In Store charity shop off the Springfield Road on Monday afternoon and making off with around 20 bags of stock.

Police are examining high quality footage of the shocking theft. We’ve viewed the film but have decided not to show still images for fear of compromising future proceedings.

The bags contained a wide variety of second-hand items for resale, including clothes, DVDs and CD. Proceeds from the shop go directly to the charity Action Ability which supports disabled people living in West Belfast. Manager Sadie Reid said the future of the shop has been put under threat because of the loss of so much valuable stock in one large theft.

The CCTV images show a male and female in a red estate car drive through three sets of gates in the middle of Monday afternoon before backing the vehicle up to the store where the charity shop’s stock is stored. They then proceed to remove about 20 bags from the store. So much was taken by the thieves that the car was completely filled and the pair drove off with the woman in the passenger seat carrying bags on her knees.

Sadie said the store was full because stock was being moved around as the shop lays out its Easter display.

“I had cleared the shop out for our Easter display and put it all into our store at the back,” she said. We keep it open during the day so we can get in and out easily. When I went out and all the bags were gone I couldn’t believe it. We looked at the CCTV and saw this man and woman just pull up and take it all. It’s the sheer gall of them I can’t get over.

“This shop is run by volunteers, some of them have children with disabilities and they come here when they are at school or respite. With all the cuts going on and then this we might have to close because we have lost so much.”

Operations manager of the Upper Springfield Development Trust complex, Ann-Marie Mervyn, said the thieves have deprived Action Ability of funds that are used for vital work with the disabled in West Belfast.

“All proceeds go towards supporting people with disabilities and we support around 400 per week,” she said. “This is a lot of stock to lose and it is these people who will suffer because of the theft.”

In the wake of the robbery staff are appealing for big-hearted local people to donate whatever items they can to help them restock as the battle begins to keep the charity shop open.