Brexit is set to change everything 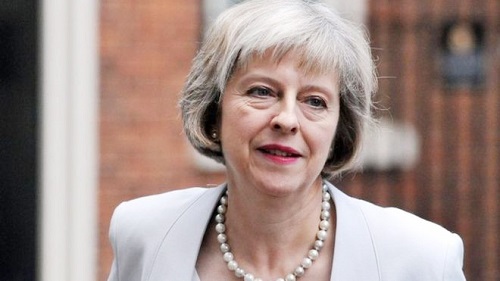 TRUST: British Prime Minister Theresa May says she’ll negotiate on behalf of the north of Ireland

There are two traditional schools of thought – OK, three blinkered positions – about the reunification of Ireland.

The first of these argues that reunification is the Holy Grail, and that when you’re seeking the Holy Grail, you don’t get into tedious discussions about what a Grail is or what shape it should assume in a reunited Ireland. Just plough ahead, get the Brits out, and then we’ll sort it.

The second argues that reunification is a distraction, a blood tradition that has claimed far, far too many lives down the centuries, and that we must devote ourselves to the things of every-day life – the bread-and-butter issues. And don’t forget, you can’t eat a flag.

We are living in a time which is poised on the brink of great change. There are such matters as the millions of displaced people throughout Europe, desperately seeking a home somewhere, anywhere. There is the brutal pounding of Aleppo, including the deliberate bombing of hospitals, all in the name of countering the threat of ISIS.

But another moment of history is not just on our doorstep, it’s inside the house threatening to do everything from rearrange the furniture to knocking the walls down. Right, Virginia. We’re talking Brexit.

Uniquely, Brexit has managed to bring together the Irish reunification question and the bread-and-butter question. As was once the case with love and marriage, you can’t have one without the other.

If you’re a small or medium business in, say, Newry, you may be pleased with the plummeting pound. All those people from the south coming north to spend their enhanced-value euro. Alternatively, if you live in Newry and your business success depends on the value of sterling, your head may be reeling from the information that sterling is dropping and dropping and dropping and with it your livelihood. Few businesses can take that kind of punishment for long.

Woven into the financial issues, there’s the question of the border. Would Ireland be better off financially if it was an economic unit from Derry to Dingle? There have always been those who believed this to be the case. They are now being joined by others who, punch-drunk from the way sterling is behaving, are beginning to think again about how sustaining a flag is as a major part of their diet.

Yesterday I came on a hilarious video by the all-women singing group, Fascinating Aida. In the song ‘Scotland, forgive us’, they as English women begged the forgiveness of Scotland for having made a bone-stupid decision in leaving the EU, and pleaded with Nicola Sturgeon to somehow rescue them.

But Scotland will be intent on saving Scotland, just as Ireland north and south is intent on saving Ireland. The fact that both Scotland and the north of Ireland will be allowed ‘input’ before Theresa May, in magnificent isolation, goes to bargain over an exit she has already committed herself to, means diddly-squat.

Better Together: that was the mantra of the pro-union forces in the Scottish referendum. It could be applied to Ireland north and south today. Arlene Foster may toss her head at the idea of an all-Ireland forum to seek ways of financial survival. But God and Allah be praised, there are few in the north or south who agree with her.

Brexit is coming. And when it arrives, all of the old certainties will be swept away. No need to choose between food on the table and the flag on the pole. The constitutional position will directly impact on all our bread-and-butters.