Bringing up baby after find among the stones 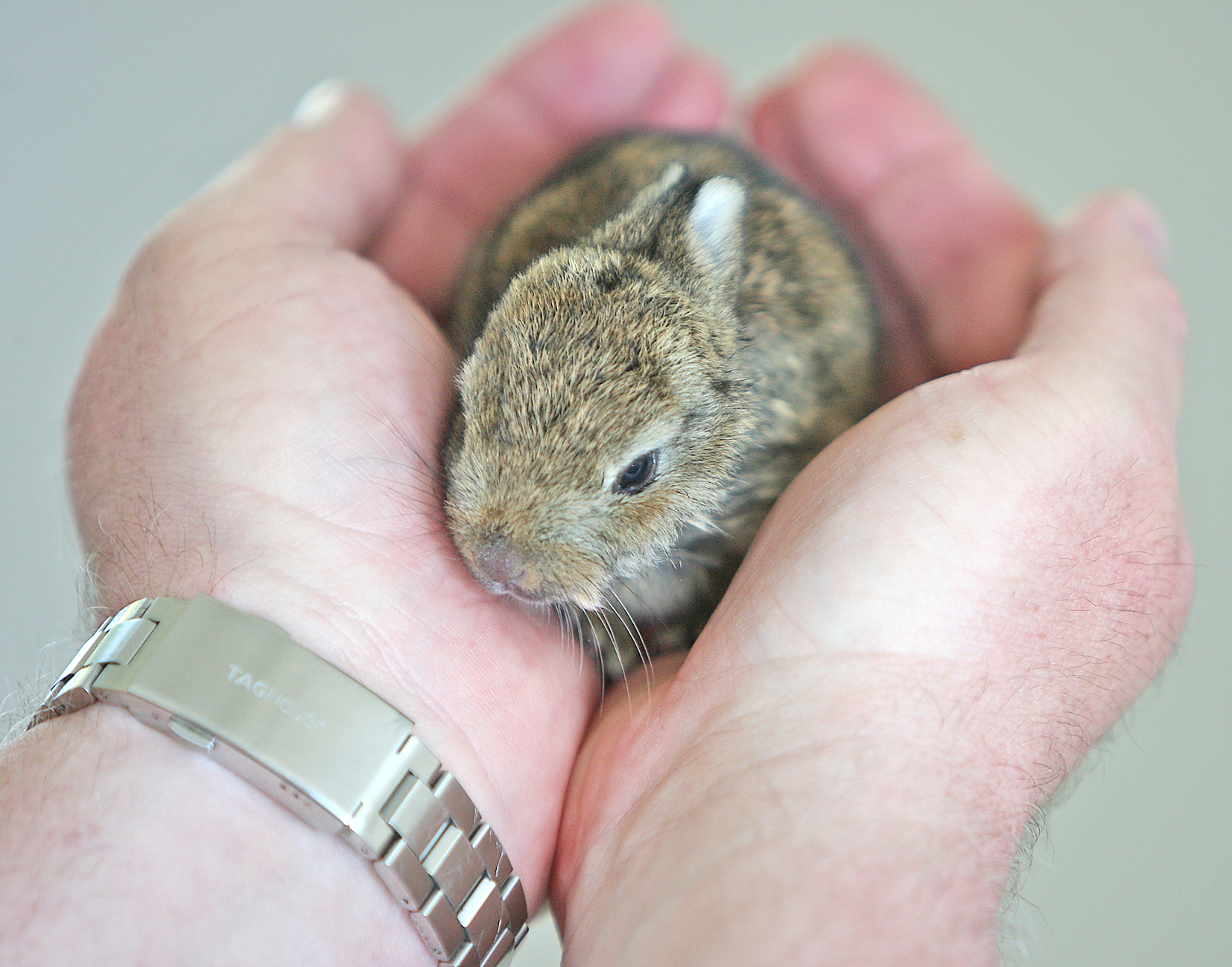 BRIGHT EYES: Above, the pile of stones where the litter was born; right, the adorable little kit is thriving under expert care

IT’S a tail, ahem, tale to warm even the hardest of hearts, as a local environmentalist nurses an adorable newborn bunny rabbit back to full health.

The West Belfast man, a talented photographer who now lives in the heart of the countryside just outside the city – and runs the very popular Twitter account @AntrimLens – came across the exposed kit in a stone pile at the back of his house last week. Although four of the five-strong litter hadn’t survived a sharp drop in temperature overnight, one plucky sibling survived the odds and is now currently growing stronger by the day under the careful and watchful eye his adoptive dad.

“I have always had a stone pile at the back of the house and that’s where the female rabbit burrowed to have the babies,” he said. “The dog was barking and barking at the pile but I thought nothing of it.

“I went over on Tuesday evening and saw that a litter had been born. They weren’t moving and I thought all of them had died but then I saw one of their wee legs move and brought it into the house where she has been ever since.”

Currently around three inches tall with a rich brown coat, the bunny has been kept safe and warm in the AntrimLens home in a soft grass and straw bed and a woolly hat for heat.

“We have just been keeping her nice and warm, in a little bucket with some grass for her to eat and I’ve been feeding her droplets of milk with a syringe.

“She is doing really well and opened her eyes on Saturday. She is very alert and hopefully in the next four to five weeks we can release her back into the wild.”

The bunny has already captured the hearts of the AntrimLens family.

“She is affectionately known as Glitter to my wife and daughter,” he laughed. “It’s great to see her doing so well but I’ll just keep an eye on her over the next few weeks before she can go out on her own.”