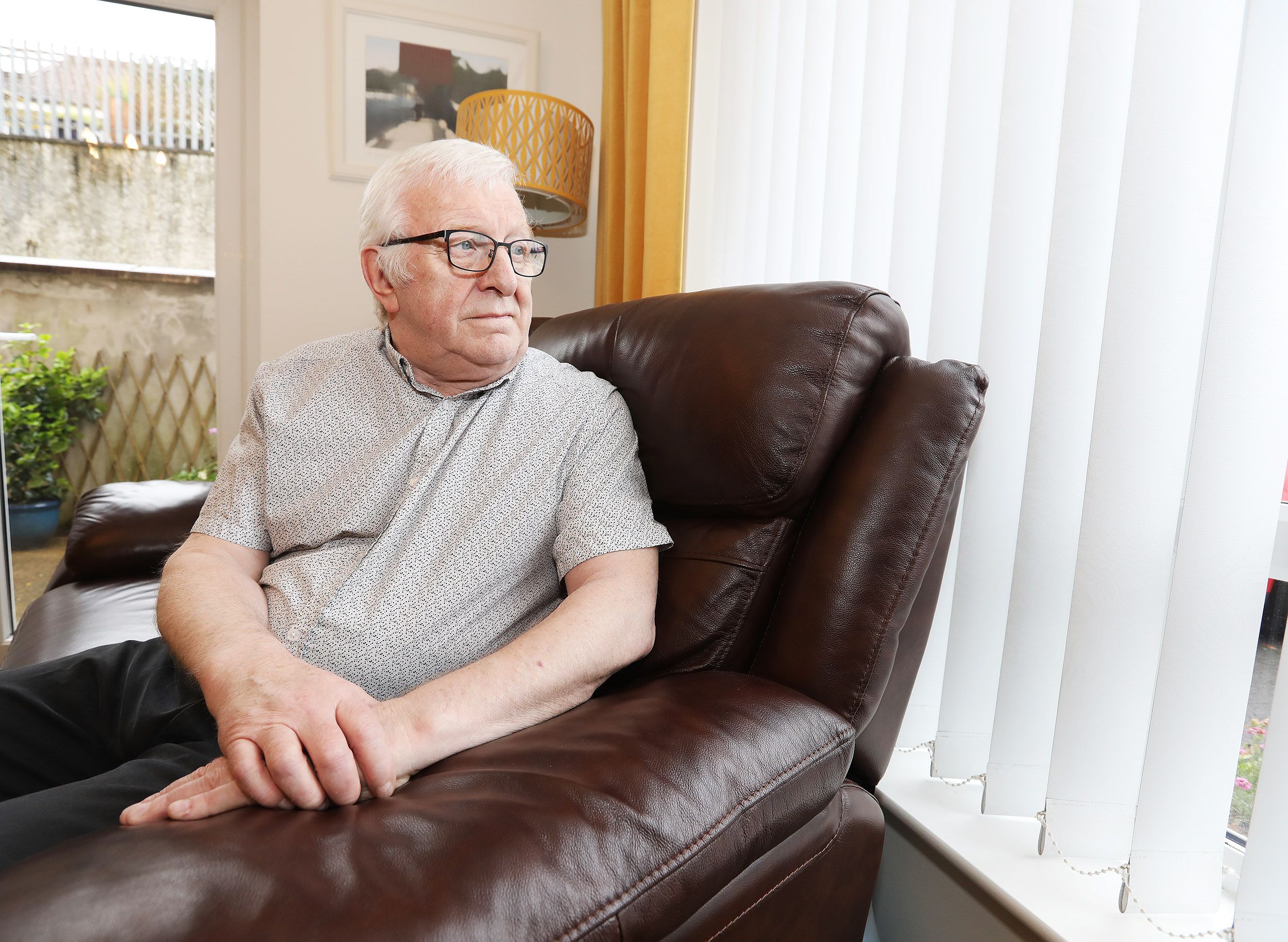 A WEST Belfast man has launched legal proceedings against the Ministry of Defence (MoD) for personal injuries he sustained after he was seriously wounded in a gun attack by the controversial covert British army’s Military Reaction Force (MRF).

71-year-old Hugh Kenny suffered serious injuries to his stomach after he was shot on June 22 1972. The shooting was carried out by soldiers in the British army who were part of the shadowy MRF. Three other men were shot in the same incident on the Glen Road.

Hugh explained how he had been standing at a bus terminus on the Glen Road, which had been used as a taxi stand at the time. He had been speaking to one of the drivers and another male when he became aware of shots being fired in his direction from a passing car. Mr Kenny who was 22 at the time, was injured along with three other men, including one who has been lying in his bed in an adjacent house.

Witnesses to the shooting described a blue car that had been travelling city bound on the Glen Road with one male occupant in the rear passenger seat. It is understood the male pointed a firearm out through the car window firing upon those gathered at the bus terminus. None of the witnesses saw any of those at the terminus with weapons nor the blue car being fired upon. The injured men were examined for evidence of having handled or fired weapons, but none were found.

After the shooting, police interviewed the soldiers involved, one of whom was a sergeant within the unit. The sergeant, who fired the shots from the rear of the moving car, claimed that the men standing at the bus terminus had opened fire on their patrol and he, in self-defence, returned fire with eight shots from his SMG machine gun.

After a further investigation by the RUC, it emerged that the injured men had been shot by .45 calibre rounds, which had come from a Thompson sub-machine gun. It was further apparent that significantly more than eight rounds had been discharged.
When presented with this evidence the sergeant first suggested that other gunmen had discharged the .45 rounds. He later admitted that he had in fact been armed with a Thompson SMG, which used .45 ammunition, and that this was an unauthorised weapon, stating that he had not mentioned it earlier because he was awaiting clearance from his authorities. The RUC interviewed his Commanding Officer who claimed ownership of the Thompson SMG.

A Crown Court hearing was held into the circumstances of this shooting in 1973. The firearms charges were subsequently withdrawn by the Director of Public Prosecutions and the sergeant, who had fired the shots, was acquitted of attempted murder by a majority verdict.

Hugh said that it wasn’t until the BBC aired its Panorama programme in 2013 examining the incident that he realised the true circumstances of the shooting and the true extent of the MRF’s activities.

Mr Kenny’s legal representative Eoin Murphy of Ó Muirigh Solicitors said: “Following the Panorama documentary broadcast in 2013 and the recent conclusion of the PSNI Legacy Investigation Branch (LIB) Investigation, proceedings were issued by Mr Kenny against the Ministry of Defence in the High Court.

"The available evidence retrieved to date constitutes cogent grounds for asserting that there were murderous assaults being carried out by members of the MRF. Further, given the number of incidents involved, there is a strong inference to be drawn that the activities of the MRF were carried out with the knowledge of those in authority.

"It is hoped that through this litigation the true circumstances of the state’s involvement will be revealed.”