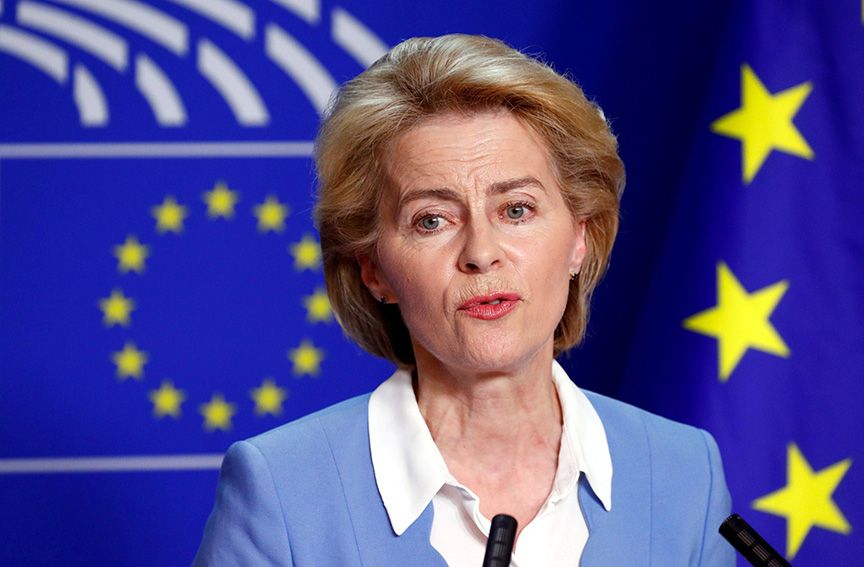 AS I write this, the negotiations between the UK and the EU about post-Brexit relations are about as solid as a ten-foot tall blancmange. Which why I hope that Boris Johnson, when he meets with Ursula von der Leyen this week, adopts a different attitude from Brandon Lewis, the British Secretary of State for North-Eastern Ireland, when he met the Finucane family.

We had a useful call with @BorisJohnson this morning.

We agreed that talks will continue.https://t.co/rZpN4PmS1i

As Pat Finucane’s widow Geraldine tells it, the family were due to meet Brandon Lewis at 11am.  Shortly before that time they were informed that Lewis had other duties which would mean their meeting would be pushed back until 4pm that day. Take it or leave it, sort of.

At the heart of the UK-EU dispute, we’re told, are three things: fishing rights; British avoidance of government subsidy to British businesses, giving them unfair advantage; and the Irish protocol.

When the virtual meeting did take place, the family’s screen showed Lewis seated at the end of a long dining-room-style table.  Lewis was so distant from them, Geraldine said, she almost had difficulty in identifying him.  But his message was clear and stark: there’d be no public inquiry  into the murder of Geraldine’s husband Pat, but cheer up, the police are investigating the matter.

I have always marvelled at the Finucanes’ tireless pursuit of truth and their dignity in the face of British contempt. Last week’s meeting with the arrogant bulk called Brandon Lewis must have called for saint-like restraint.

Boris Johnson is also a bulky man, and one who, like Lewis, suffers from delusions of adequacy.  So when I  heard he’d had not one but two very long telephone conversations with the President of the European Commission, Ursula von der Leyen, and that he was following up with a face-to-face meeting, my heart sank.

Would he tell her to forget about governance of any trade deal reached, Britain’s word was its bond? Would he bray about the integrity of the four ‘nations’ of the UK and the impossibility of breaking that integrity with checks on trade between GB and NI? No wonder Micheál Martin gives an agreed deal only a 50-50 chance of happening. No wonder vast areas of Kent are being turned into lorry  parks.

At the heart of the UK-EU dispute, we’re told, are three things: fishing rights; British avoidance of government subsidy to British businesses, giving them unfair advantage; and the Irish protocol.

Fishing has a romantic place in British hearts: hardy men in waders pulling up nets straining with fish, battling the elements, paying sometimes with their lives. Surely Britain wouldn’t betray her fishermen, even though the fishing industry is a mere minnow in the tank of UK-EU trade? Before you answer that last question, remember the British miners. They were another group woven into the tapestry of British life, strong, fearless men struggling to hack coal out of the bowels of the earth, paying occasionally with their lives. But when Thatcher figured they weren’t a going concern, the mounted police were sent charging into ranks of protesting miners until their strikes were broken and their pits closed. If the British government can shaft   their miners, they can shaft their fishermen.

As to the subsidising of British companies, aka the level playing field, the UK declares it must be allowed to act as a sovereign independent nation. Which, if followed through logically, would mean that, after leaving the EU, the UK will never do a trade deal with any country in the world. International agreements mean give and take, so that both parties agree to limitations in one area for advantage in another. Total sovereignty, as trumpeted by Johnson,  is the crazed dream of an ex-empire.

And the Irish protocol? Johnson has snipped out the clauses that ensure freedom of trade throughout Ireland. The House of Lords, to their credit, promptly re-inserted those clauses. And now latest word is that Michael Gove has, wink-wink, nudge-nudge, told the EU that if there’s a successful trade agreement, the UK will be happy to keep them in.

Watching people like Lewis and Johnson and Gove negotiate is like watching a madman. He has a cleaver in one hand and his other hand is on the table.

“Do what I tell you or I’ll chop off  my left hand at the wrist. There’ll be blood everywhere, including on your clothes and shoes. But if you agree to my terms, I’ll put the cleaver away.”

As I write this, Ireland’s future is once more a pawn in British politics. Our country north and south voted conclusively to stay in the EU.

There is a real danger that within days we’ll be dragged behind the bonkers ship Britannia into stormy, shark-infested waters.