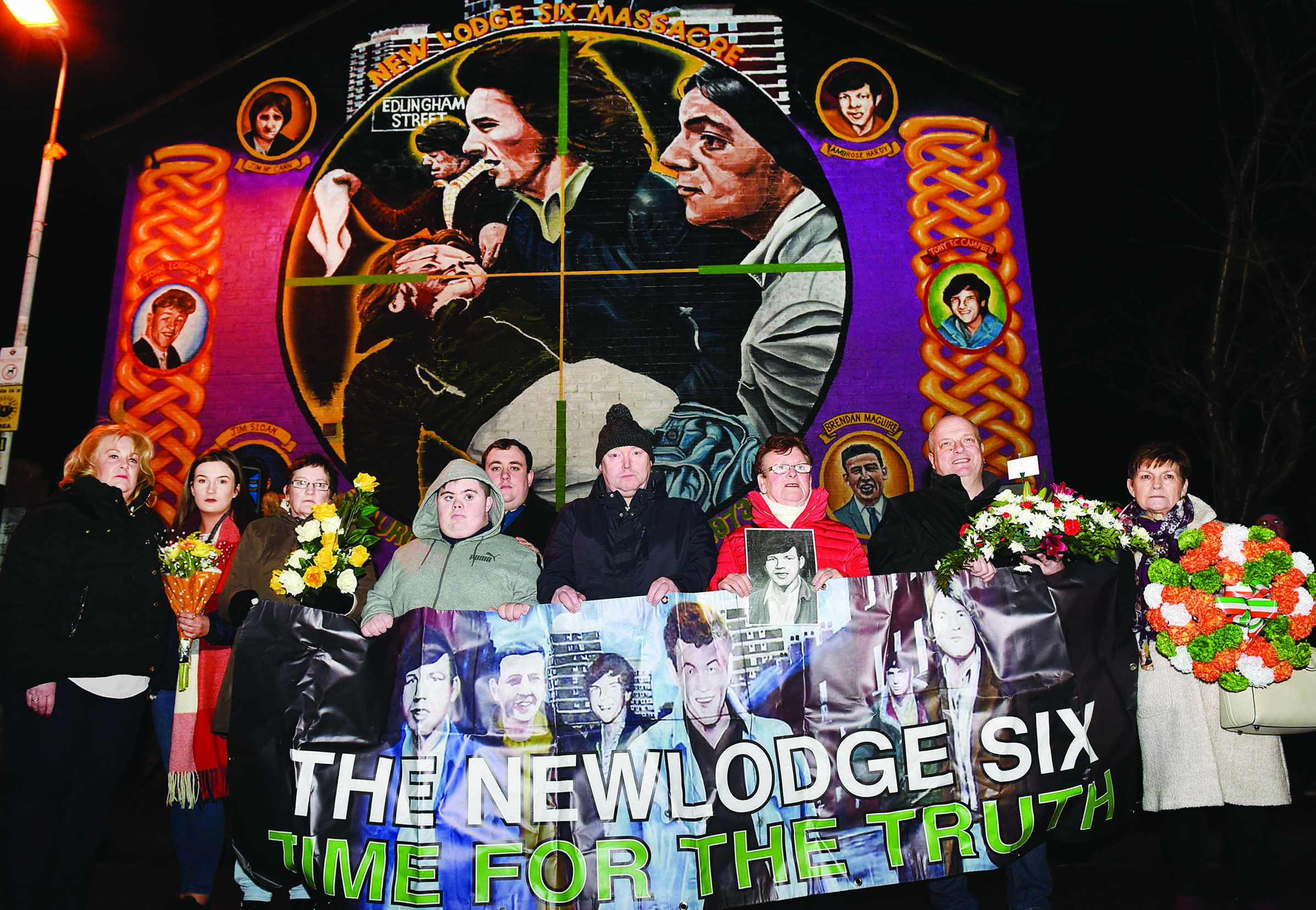 JUSTICE: The New Lodge Six families have led a long campaign for truth

THE brother of one of the New Lodge Six is to launch judicial review proceedings against the new Attorney General demanding a fresh inquest into their killings.

Willliam Cambpell, whose brother Tony Campbell was among the six shot dead by the British Army in the New Lodge area in February 1973, is taking legal action on behalf of the families in light of the failure of the Director of Public Prosecutions (DPP), Stephen Herron, to pursue prosecution.

Tony was shot dead along with James McCann (19), James Sloan (19), Ambrose Hardy (24), John Loughran (34) and Brendan Maguire (32). He was celebrating his 19th birthday when shooting began and had attempted to help an elderly couple trying to get to their home when he was shot 17 times.

The families believe that an undercover British army unit, known as the MRF, were involved in the killings.

In April 2017, the families applied to then Attorney General, John Larkin, seeking a fresh inquest, but this was rejected in September 2018.

Mr Campbell is now challenging the decision of the Attorney General’s refusal to direct a fresh inquest.

His legal team maintain that because the DPP has failed to act and that the British state’s human rights obligations now fall under the responsibility of the Attorney General, a post now held by Brenda King.

Mark Thompson, of Relatives for Justice said: “Relatives for Justice made a comprehensive application to the Attorney General on behalf of all the families in 2017 to have the inquest reopened, which was unfortunately declined despite acknowledging there was never any investigative remedy for the bereaved and injured.

"Having met all the necessary criteria in 2017, including additional information that has since emerged, for a fresh inquest we would hope that the new AG might reflect on the decision of her predecessor and this latest legal action by directing an inquest and thus avoiding unnecessary delay and importantly further trauma for the bereaved families.”