Burnett taking nothing for granted ahead of Ramirez defence 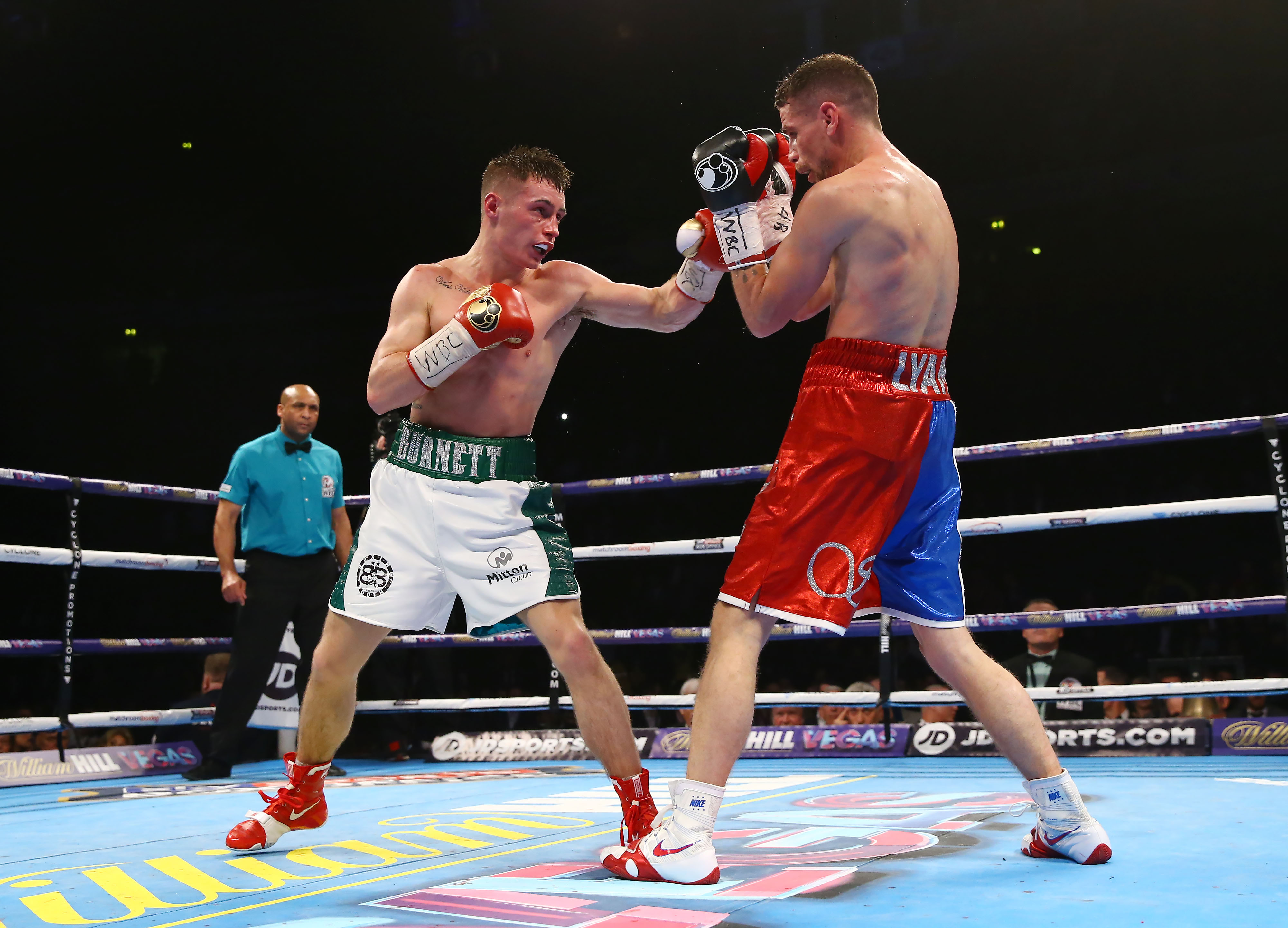 Ryan Burnett, pictured in action against Anthony Settoul from France back in February, insisted he won’t be taking the challenge of Cesar Ramirez lightly ahead of his WBC International bantamweight title defence against the Mexican in Leeds on Saturday night

RYAN Burnett admits he knows little about Cesar Ramirez (12-2) who he defends his WBC International bantamweight title against at the First Direct Arena in Leeds on Saturday night.

The challenger will be entering the ring outside of his native Mexico for the first time in his career and looks to be making a major step up when facing the Newington man. One of Ramirez’s two defeats came against none other than Alejandro Gonzalez Jnr – the man who dropped Carl Frampton twice last year – but Burnett says little by way of footage exists on the 28 year-old although he is ready for any eventuality on the night.

“Everything’s gone to plan and I’m ready,” said the 24 year-old who has won all of his 13 professional contests.

“To be honest, we don’t know (anything about Ramirez) because there is no footage anywhere so we’re going in a bit blind. But these are the sort of tests you need to overcome as a professional, going into to something a bit risky and being able to deal with it. We have covered everything so I am very excited about the weekend.”

Burnett’s last outing was in Manchester on the undercard of Frampton v Quigg where he picked up the belt he defends on Saturday having previously claimed the British and WBO European titles in his two earlier fights.

It was a bit of a hectic ring schedule and while it is just over five months since he was in the ring when defeating Anthony Settoul, the Newington native certainly hasn’t been resting on his laurels.

“I haven’t had so much of a break, I’ve been in the gym and have been working very hard on a lot of things,” he revealed. “Now I am just getting back into the ring so it’s not really been a break, just a matter of working behind closed doors.”

That work in the gym with trainer, Adam Booth is in an effort to get him ready for a world title tilt that could come next spring according to promoter, Eddie Hearn. The Matchroom boss has said that should Burnett win on Saturday, he hopes to have him out again in September and then December before bringing him back to top the bill in Belfast where hopefully the world title will be on the line.

Burnett says he will do whatever his team instruct him to do but is not taking his eye off the ball against Ramirez who could prove to be a handful.

“Eddie seems to be very confident he can get me a world title shot and Adam is very confident I’ll be able to win a world title,” he explained. “I’ll just listen to my team. They know exactly what they are doing. I’ve got good people around me so all I need to do is train hard and let them do the rest of it. “

“I’m not looking past this weekend though. I’m not taking anything for granted and I’m fully focussed on what I have to do.”

Of course, Burnett is not the only North Belfast boxer in action against Mexican opposition this Saturday with Carl Frampton challenging Leo Santa Cruz for the WBA featherweight title in New York. The Newington man says it is almost too close to call between the pair although he is hopeful his fellow North Belfast man can prevail.

“I think this is a big step up for Carl, but I think he has great boxing ability and he’s got the speed with his feet,” he opined.

“Then again, we’ve seen Santa Cruz in the ring with guys like Frampton and beat them, so it’s definitely a 50/50 fight.”

Meanwhile, Anthony Cacace looks set to return in September after ‘The Apache’ penned a deal with manager, Pat Magee. The Celtic super-featherweight champion parted ways with Cyclone Promotions in May and had been on the lookout for a fresh start.

The fact Magee – who tends to only sign boxers he feels have the potential to go to the top – stepped in is a major shot in the arm for the West Belfast man who has been nominated to fight a final eliminator for the British title against George Jupp before the end of November. In a statement, Cacace expressed his delight that his career can now get back on track.

It read: “I'm delighted to announce that I’ve just signed a three fight deal with Pat Magee. Pat is looking after the hard-hitting Phil Sutcliffe and undefeated prospect Tommy McCarthy and has also guided Brian Magee to the highest level.

“I will also be training with Brian at his great facilities Magee Health and Fitness. My next fight will be mid September then we will be looking to push for big titles. Big thanks to Paddy Gillen for all the hard work he is putting in behind the scenes. Everything is starting to fall into place, thanks for all your support.”