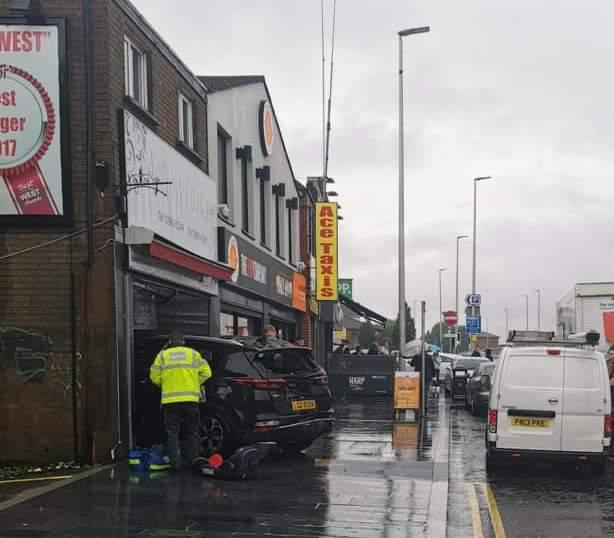 COLLISION: SUV embedded in the front of the Action Cancer shop

A woman believed to be in her 40s has been taken to hospital following a collision between a PSNI landrover and a Kia Sportage on the Andersonstown Road at around 4.50pm this afternoon.

Following the collision between the two vehicles, the Kia struck the front of a nearby charity shop.

It is not clear how the collision happened.

PSNI and emergency services were called to the scene amid fears that the driver had been trapped in her vehicle.

The PSNI say the woman's injuries are not thought to be serious.

The Landrover involved in the incident was removed from the scene on a flatbed trailer.

The incident which took place outside the new Andersonstown Leisure Centre caused  long delays to local traffic. Locals say staff working in the charity shop were left shocked and distressed when the vehicle ploughed in to the glass frontage.